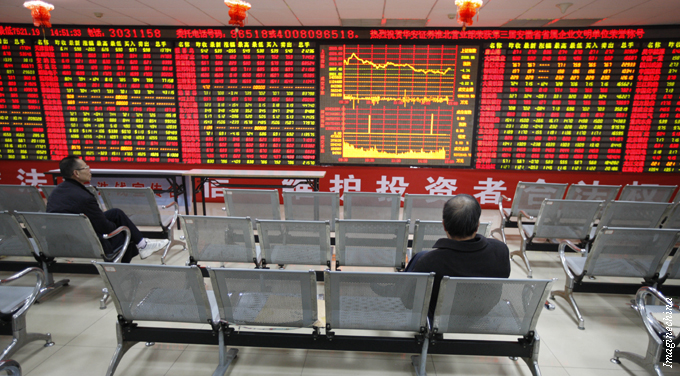 This isn't how China was supposed to reopen its IPO market

The re-opening of mainland securities markets to IPOs is off to a bad start.

After a 15-month pause, Jiangsu Aosaikang Pharmaceutical was one among several Chinese firms pricing for an offering this month. However, after pricing its shares at 67 times its net profit in 2012, Aosaikang said in an urgent statement on Friday that the scale of the sale was “relatively big” and that it would have to postpone the IPO.

On Monday, five more firms said they would suspend their IPOs.

The announcements from the companies smack of behind-the-scenes coercion from the China Securities Regulatory Commission (CSRC). Unnamed sources told Reuters as much. According to a report from the news agency, CSRC had pressured Aosaikang into delaying the IPO, although the regulator denies this.

CSRC said on its website on Sunday that it would tighten its supervision over new IPOs. The regulator will do spot inspections on companies during the pricing process. Underwriters and issuers will be punished if they use information not available in prospectuses. Companies will also have to warn investors if their price-to-earnings ratios are higher than the average, as Aosaikang was. Reuters said that the average for ChiNext, Shenzhen’s board for startups, was about 55.

The delayed IPOs are a bad sign for what is already one of the worst performing markets in the world.

On the regulation side, CSRC’s heavy hand at the onset of what was supposed to be a new era for IPOs is discomforting. Last year closed with a commitment from China’s top leaders to move the market away from a rigid yet unpredictable regulation system run by the CSRC to something more akin to the registration systems used in developed markets.

In a registration system, instead of trying to hit moving regulation targets set by officials, which often shrink with the amount of liquidity in the market, companies would be required only to meet basic listing requirements before IPOs. The rest would be decided by the market.

Zhao Xijun, Vice Director of Peking University’s Finance and Securities Institute, told China Economic Review in November it was likely that, when mainland markets re-opened to IPOs, CSRC would adopt such as system. There is still a chance that could happen at a meeting in March, the first opportunity the regulator will have to change the rules. However, the increased controls on IPOs are not promising.

China market watchers are hoping the move was a one-off from a jittery CSRC, worried that companies will be greatly overvalued and once again sap liquidity from an already dry market.

Another distressing sign from the Aosaikang affair is its PE ratio. At 67 times its net profit in 2012, investors are showing an eagerness to buy up shares on par with the mentality that led to boom and bust in the market in 2006 and 2007. The firm had priced at US$12.06 per share, rather high for a company that is testing the waters of a stagnant market.

If the true test of the value of companies will be left up to the market to decide, it will take much more savviness on the part of investors, not a free-for-all come IPO time.

In the statement on Sunday, CSRC hinted at tougher punishments for companies and underwriters that conceal information from investors. That kind of talk is welcome. As Zhao pointed out in November, only increased culpability for cheaters will make investors safe. Handing out prison sentences to offenders will be difficult, given the close ties between company executives and the regulator itself. It has few other choices, though, if China really wants to “play the stock exchange game,” as investors, many of whom are elderly citizens, call it today in China.