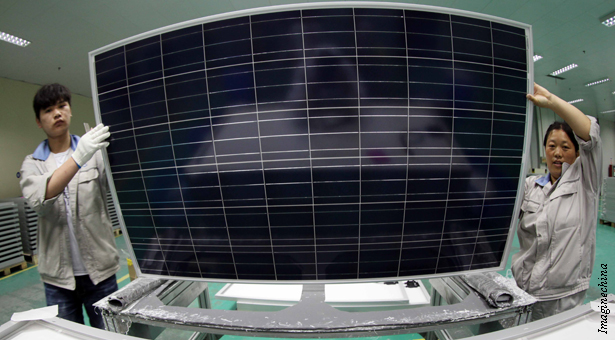 China is the clear winner in the EU-Sino solar dispute

China is no student of subtlety.

On Saturday, the European Commission said it would drop tariffs on Chinese solar panels imported into the European Union as long as the price remains above 56 cents per watt and total imports do not exceed seven gigawatts per year. Almost without delay, China agreed to discuss dropping its investigation into EU wine exporters for potential trade dumping activity.

The resolution of the solar dispute was largely expected to herald the end of the wine probe that threatened to hurt small vineyards in Europe. However, China should have at least tried to make some effort in masking the relationship between the two issues. Agreeing so quickly to talks over the wine probe shows the country was blatantly breaking WTO rules that forbid members from imposing tit-for-tat trade restrictions.

But since when has China cared about meeting its WTO obligations, especially if it can so easily bring to heel the world’s largest collective economy?

The history of the EU-Sino solar dispute – including the resolution over the weekend – is a clear indication of the economic and political bloc’s waning cohesion, as well as its inability to negotiate with its trade partners and rivals.

Disputes over China’s alleged dumping of solar products had stretched on for nearly nine years before the EU trade commission took action. On May 9, the commission, under the direction of Trade Commissioner Karel De Gucht, said it would levy tariffs as high as 67% on products such as polysilicon.

The EU was soon backpedaling though. On June 4, the commission imposed 11.8% duties on China’s solar products with plans to ramp tariffs up to 47% in August, a move that earned a lukewarm reception from Europe’s solar producers and the abhorrence of member state governments hoping to keep trade ties tight with China.

And now, even this weaker tariff has been gutted. After August 6, the EU will still impose that 47% average duty on imports that fail to meet the requirements agreed to on Saturday.

The drawn out trade battle has come to an uneventful end, but one that EU member states should think long and hard over.

“In my view, the outcome shows the strong bargaining power China has, in particular when Europe is not speaking with one voice,” Guntram Wolff, director at independent Brussels-based think tank Bruegel, said in an email on Tuesday.

The final outcome is hardly surprising. In late May, China Economic Review reported that the tariffs would be benign by the time the commission put them in place.

This much has been apparent from German Chancellor Angela Merkel’s railing against potential duties for nearly a year. She understands that deteriorating conditions for Chinese companies in Europe can equate to difficulties for their German counterparts on the mainland.

China’s influence also runs deeper than top-level politicians. European companies that operate in China are sometimes called into the offices of the Ministry of Commerce and asked to lobby their countries’ leaders for preferential treatment of Chinese companies, one person close to the tariff dispute told China Economic Review, on condition of anonymity due to the sensitivity of the issue.

“It’s a mixture of bribery and blackmailing,” the person said.

Besting China, a country with a long history of official corruption, on those points will be difficult – even more so when Europe is divided.