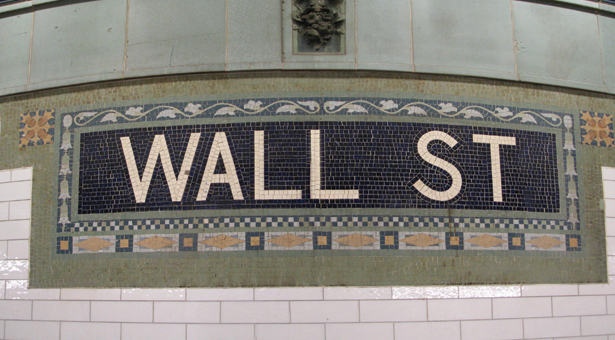 After months of silence on its standoff with Chinese securities regulators, the US body that oversees accounting practices of US-listed firms has finally given investors what, at first blush, sounds like a breakthrough.

The Public Company Accounting Oversight Board (PCAOB) announced Friday it will gain access to financial documents from Chinese companies listed in the US, a key tool in pinpointing fraud. The board has pursued the documents since a string of fraud at Chinese companies that started in 2010 and has threatened to take measures that would eventually delist all Chinese firms from US if mainland authorities ultimately failed to comply.

Now, the PCAOB will gain access to financial paperwork but only for the purpose of investigations. That means it will not be allowed to finger through auditing reports from Chinese firms without first explaining the reason for the inquiry.

The deal also ignored another crucial step in weeding out the accounting malpractice: on-the-ground inspections of Chinese auditors. While the agreement does not specifically address this, such in-person inspections appear to remain off limits.

The Congressionally-appointed PCAOB has been deadlocked with China for years regarding access to financial paperwork on its companies. China has claimed until now that releasing such documents would violate its state secrets laws and threatened that auditors would face penalties if they did so.

Without China’s cooperation, the PCAOB says it will deregister the Chinese affiliates of firms such as PwC, Deloitte and Ernst & Young. Chinese companies would then no longer meet requirements to be listed on US exchanges, effectively forcing them to  delist – no small task given that the total market cap of Chinese firms listed in the US is about US$100 billion.

Inaccurate and all-out fraudulent accounting reports at Chinese companies rocked US markets starting in 2011. Since then more than 100 Chinese companies have been delisted or have simply stopped filing with the US Securities Exchange Commission. Friday’s announcement did not stop the civil cases that the SEC is bringing against Chinese auditors.

The deal comes as a surprise. Since the PCAOB failed to reach a deal by the end of last year and Chinese regulators showed no sign of budging, many thought the board would eventually announce the deregistration of some or all of the China-based accounting firms.

The agreement also offers some answers on how willing the PCAOB is to compromise with China.

Late last year, Paul Gillis, an accounting professor at Peking University’s Guanghua School of Management, told CHINA ECONOMIC REVIEW that there was little room to bargain on the terms of the deal. Accounting firms needed either to comply with the PCAOB or face deregistration.

Other experts said there was considerable room to compromise. For example, John Besant-Jones, formerly a researcher of accounting fraud for Chinese University of Hong Kong, said US regulators could target troublesome firms, namely the ones listed via offshore entities, while leaving alone the large state-back companies, at which there have been few reports of accounting malpractice.

Friday’s announcement showed the board is willing to play along with China. But it’s unclear to what degree it will benefit US investors. While PCAOB Chairman James Doty branded the deal as progress, Gillis wrote in his accounting blog on Friday that it may have led negotiations, as well as investors, in the wrong direction.

The deal could mean that the SEC is about to reach a similar deal and may drop its lawsuits, Gillis wrote. That may remove the threat that Chinese firms will be delisted, therefore making it unlikely that China will feel the pressure to go any further and allow on-the-ground inspections.

“Yes, the PCAOB can obtain documents to investigate audit failures, but it cannot do inspections designed to head off those failures in the first place,” Gillis wrote.

Peter Humphrey, founder of business risk advisory firm ChinaWhys, said the deal is a step forward, even if it does not go as far as some had hoped. Any cooperation that improves the PCAOB’s ability to check companies represents progress, he said.

Getting US inspectors on the ground in China, while potentially helpful, would prove far more difficult.

“China does have its sovereign right, and if something being investigated is potentially a crime in China, or might lead to the uncovering of a crime, then this has the potential of being a police matter,” Humphrey said on Friday. “So obviously you can understand China’s reservations in the matter – or refusal.”

PCAOB Chairman Doty’s remarks on the deal as a “step in the right direction” indicated that it is still part of an ongoing negotiation process. And with the prospect of deregistering auditing firms still on the table for now, it appears the PCAOB may continue to push for more concessions.

Chinese regulators have revealed little insight into their reasoning on the agreement, making it unclear how they may approach further negotiations. From the outside, it appears unlikely they’ll allow allow access beyond financial documents given China’s hazy state-secrecy laws,.

For now, China and Chinese companies look like the winner in the drawn-out dispute, despite the bargaining power held by the PCAOB. The world’s biggest securities market will remain open to the country’s firms. The Chinese government has conceded little for that access.

US investors on the other hand will see few benefits. Only after shareholders have been cheated by Chinese firms will regulators be able to review financials under the new deal.

The PCAOB may no longer feel the heat from investors as they’ve been able to show some sign of progress in the matter. But it must continue to request greater access to information and maintain the threat of de-registration for failure to comply. If the deal gives way to another six months of silence, it will make the board appear weak and US markets increasingly unsafe.