Home Banking & Finance How can China sell off its government-owned companies? 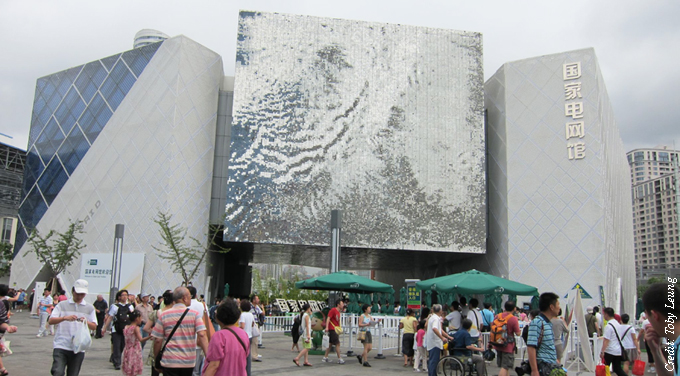 How can China sell off its government-owned companies?

State-owned enterprises, or SOEs, have made a remarkable contribution to the growth and development of the Chinese economy over the past 30 years. They have provided a stable long-term environment for investment and encouraged the development of the state enterprise sector in line with public as well as private interests.

But SOEs are in retreat. Between 1998 and 2010, the share of SOEs declined from 37% to less than 5% by number of firms, and from 68% to 44% by assets. Calls from inside China are getting louder for further downsizing and corporate governance reforms of the still very substantial SOE sector. Under the new administration of Xi Jinping, policymakers have proposed reforms of government-backed enterprises. The question that remains to be answered is what should take the place of state ownership in the future.

A decade or more ago the answer would have been easy. The investment banks in New York or London would have advised the Chinese government to sell its stakes via secondary offerings to a mixture of banks, financial institutions and private investors, preferably foreign as well as domestic. The objective would have been to use this opportunity of state sales to create an Anglo-American type of capital market characterised by dispersed ownership and high levels of liquidity.

It is far from clear today that this strategy is right for China. A former Minister of the UK government, Paul Myners, has characterized the UK stock market as comprising ‘ownerless corporations.’ The origins of this description can be traced to the highly dispersed nature of ownership in UK stock markets, where institutions such as domestic and foreign mutual funds, pension funds and insurance companies dominate the market. Most of these investors hold too small stakes in companies to be active investors and lack the skills to understand the companies they invest in. The result is that control is vested in the company’s board members who have little ownership and often manage the business at high cost and with poor performance.

Operating as a publicly listed company is also becoming less attractive. Harvard professor Michael Jensen predicted ‘the eclipse of the public corporation’ in 1987, well before the wave of ‘going private’ started around 15 year ago. The Economist in 2012 reported that the number of listed American companies had fallen by about 37% from 1997 to 2012, while in the UK the decline was even more dramatic, at 43%. Many of the companies that have been delisted have been taken private by management and private equity funds tired of the perceived short-termism of the stock market.

It is therefore not obvious that the Chinese government should try to emulate the Anglo-American model of ownership and control. It simply may not be the best one. There is however, another reason not to follow this route and that is, in order to function effectively, the Anglo-American model is dependent on a complex set of institutions, including markets for corporate control and well-developed systems of corporate law and enforcement. China does not have many of these institutions, or rather has different institutions, and grafting Anglo-American stock markets onto the Chinese institutional structure will simply not work.

Japan’s experience of attempting to emulate US capital markets when its institutions were simply not ready for such a task is instructive. When Japan was defeated in the Second World War, the American Occupying Authority sought to dissolve and sell-off Japanese family dominated companies, the ‘zaibatsu,’ which had been implicated in Japanese militarization. Shares in the zaibatsu were sold to employees and investors in local communities. The result was that Japanese share ownership in the mid-1950s was more dispersed than the stock markets of the UK and the US. Laws were passed, including a Glass Steagall Act separating commercial and investment banking, and bankruptcy legislation and security regulation were introduced modelled on the US system.

The experiment failed and had substantial unintended consequences. Shares held by individuals were sold, and gradually accumulated by banks and other financial institutions resulting in a system of “insider” corporate cross-holdings that has only recently begun to be unwound.

Why did Japan fail to develop its capital markets along Anglo-American lines when seemingly all the ingredients were in place? The answer is that Japanese institutions were simply not developed to support the outsider system of ownership. An example is the emergence of investment funds, which have been important in both UK and US capital markets, and at one point comprised about 10% of the Japanese market. Institutions created these funds in Japan to dispose of unwanted stock and sell them to private investors but insider dealing and breaches of trust in combination with other scandals led to the rapid disintegration of this market and instead the emergence of a market dominated by corporate insiders.

What are the alternatives to Anglo-American systems that China could pursue? There are several. Oversight of SOEs could be extended through state asset management companies managing China’s sovereign wealth and state pension funds. Employee share ownership and employee-owned enterprises could be increased and the rights of workers enhanced through their representation on the boards of companies, as is widely observed in many central European corporations in Austria and Germany. Private and public pension funds similar to those found in Canada, the Netherlands and Sweden could provide the engaged, long-term, sustainable ownership that China seeks.

The main message from the experience of Japan and other countries is that whatever path China chooses, it should be tailored to its particular social and cultural context and the role that is sought of enterprises in Chinese society. While there are important lessons to be learnt from other countries, it should not be presumed that their models can be transferred from elsewhere without significant adaption to the Chinese context.

Julian Franks is Professor of Finance at London Business School. Colin Mayer is Peter Moores Professor of Management at Saïd Business School, University of Oxford. Their joint paper with Professor Hideaki Miyajima of Waseda University, ‘The ownership of Japanese corporations in the 20th century,’ will soon be published in the Review of Financial Studies. Read the working paper here.