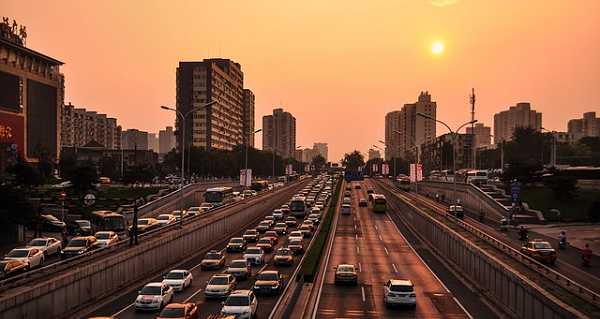 China’s cities are sick. Pollution and traffic are out of control; health and education systems are overstretched; property prices are soaring to unaffordable levels. The only solution is to say enough is enough, and somehow stem the flood of migrants into the country’s largest metropolises.

That, at least, appears to be the opinion of the power brokers in Beijing. The phrase “big city disease” has become a commonplace in state media articles in recent months, the supposed root cause of a cluster of problems that have emerged as Chinese cities have swelled in size.

According to the “big city disease” narrative, the choking smog, traffic jams and various other ailments afflicting first-tier cities like Shanghai and Beijing are natural and inevitable consequences of their rapid population growth. Measures can be taken to mitigate the symptoms, but the only real cure is to tackle the cause itself by reducing the number of people in these places.

It was this logic that led Shanghai and Beijing to announce targets to cap their populations at 25 million and 23 million people, respectively.

Recent events show that both cities are serious about sticking to these targets. In November, local authorities in Beijing began demolishing thousands of unregistered residential blocks following a tragic fire that killed 19 people. The campaign led to tens of thousands of people—mainly migrants from other parts of China working in the capital—losing their homes, forcing many to move back to their families’ hometowns.

This and a series of similar moves have significantly deterred migrants from staying in Beijing and Shanghai. In January, the National Bureau of Statistics revealed that the population of both cities declined slightly in 2017—the first time this has happened since China began opening up its economy in 1978.

The two cities have already pledged to continue their campaigns in 2018, with Beijing setting a target of demolishing 40 million square meters of illegal structures by the end of the year. The capital’s eventual goal is to move 2 million people out of the city center, to reduce its population density.

Beijing and Shanghai’s desire to make their cities more pleasant places to live is understandable. Both cities have undergone dramatic population increases that almost any local government in the world would struggle to cope with. The number of people living in Beijing, for example, surged 56% between 2000 and 2016, according to the NBS.

The way local authorities have discouraged migration has at times been draconian, but there appears to be a laudable focus on improving the cities’ liveability, rather than turning a profit.

In most cases, people are being moved out to make room for new parks and forests, rather than businesses and plush apartments. Shanghai, for example, is creating a “green corridor” stretching around 20 kilometers along the east bank of the Huangpu River—prime real estate that likely could have generated huge revenues for the city if it had been sold to developers.

However, some Chinese academics and policy experts are beginning to question the fight against “big city disease.”

According to critics of the policy, the government’s attempt to stop migration into the big cities not only risks damaging China’s economy; it may also exacerbate the very problems it aims to solve.

The biggest drawback of the policy is clear: big cities create more, better jobs than smaller cities. According to a 2016 Asian Development Bank report, increasing the size of a city’s population raises both employment and income levels. Moreover, this is true for people at all levels of society: both the richest and poorest benefit from an influx of migrants.

At a time when China is racing to create new jobs to offset those being lost in manufacturing and industry, it can ill afford to choke off its most effective growth engine.

What’s more, the importance of China’s top cities will likely only grow as the world’s second-largest economy transitions toward innovation-led, high-tech industries.

Lu Ming, a professor of economics at Shanghai Jiao Tong University and one of the authors of the ADB report, pointed out in a recent interview with CKGSB Knowledge that even the world’s most developed countries are seeing their economies become more and more dominated by their biggest cities. For example, the Tokyo Circle accounts for around one-third of Japan’s population and GDP.

Lu is not alone in this opinion. Yukon Huang, the former World Bank country director for China, has argued that allowing China’s cities to grow uninhibited could add as much as one or two percentage points to the country’s GDP growth rate.

That is all well and good, proponents of the “big city disease” theory will argue, but what Lu and Huang do about the cities’ already overstretched social services?

For Lu, cities could do a lot more to solve these problems without the need for population controls. He points out that, despite the fact that Shanghai’s economy and population grew in 2016, the number of schools and enrolled students in the city declined that year. This has happened partly because local governments “close private schools” in an attempt to deter migration.

The attempts to control population have caused similar side effects in the property market, according to Lu. He believes that the enormous rises in property prices in Beijing and Shanghai has been caused at least in part by the central government’s decision to restrict the supply of land available for development in those cities, in order to stop them growing too quickly.

“In China, we restrict land supply and accordingly we also restrict housing supply as a policy to restrict population growth,” said Lu. “This is distortion.”

On infrastructure, Lu again points out that poor planning is an important reason why the big cities have struggled to keep up with their skyrocketing populations. According to Lu, Shanghai and Beijing are still basing their investment plans on projections made in the 1990s, which have proved to be far wide of the mark.

But instead of quickly stepping up their investment to meet the extra demand, cities have tried to bring down their populations to match their 20-year-old plans.

Looking further ahead, there is a risk that pulling up the drawbridge in the big cities could further entrench the yawning income gap between China’s rich and poor.

The government aims to reduce inequality through massive investment in the poorer inland provinces. Restricting migration to Beijing and Shanghai is designed to support this plan by encouraging migrants to move to these provinces to work in the new industrial parks being built there.

However, doubts remain about this approach. Despite their problems, the big cities offer the best wages, the best schools and hospitals, and, therefore, are probably the most effective source of social mobility.

Sick they may be, but China’s megacities may offer the most effective cure for the country’s economic ills.