Home Business All heat, no light 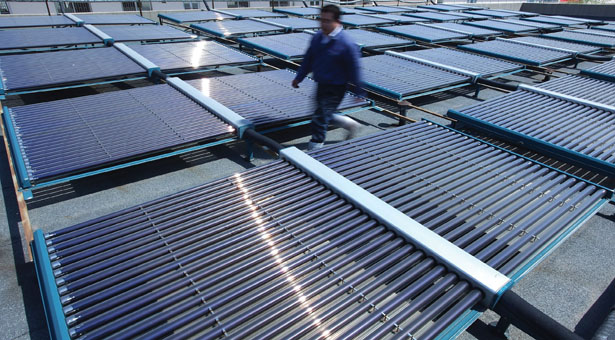 All heat, no light

The US solar industry could use some good news. Low-cost Chinese solar panel makers have subsumed around half of the global market in recent years, cutting the US share to only around 7%. Last year, the weak market led to a rash of bankruptcies among US solar companies, prompting public ire over the hefty federal subsidies the failing businesses had received.

Superficially, the move seemed to be a win for US manufacturers. The US is China’s second-largest solar export market after the EU. It imported US$2.8 billion worth of solar cells and panels from China in 2011, more than double the amount in 2010, according to industry estimates.

In reality, however, the ruling was a defeat. Analysts had been expecting tariffs of 20-30%, and the Coalition for American Solar Manufacturing, an industry lobby group, had pushed for even higher rates. The duties announced in March instead amounted to a paltry 2.90-4.73%. Chinese solar panel makers are 25-30% cheaper than their American competitors, giving them plenty of cushion to absorb the blow. Unsurprisingly, shares of US and European solar companies largely fell on the news, while Chinese solar stocks rose.

The Coalition for American Solar Manufacturing is pressing on undaunted for higher tariffs. The Commerce Department is scheduled to make another preliminary ruling in May, this time including allegations that Chinese solar panel makers are dumping panels in the US. The suit claims that Chinese solar panel manufacturers benefit from low government-set interest rates, helping to push the cost of their panels below “fair value.”

The US industry has some reason to hope for more punitive tariffs. Anti-dumping duties are generally much higher than those for illegal subsidies (what the department ruled on in March). Moreover, they will have another chance to make their case when the final decision comes from the US International Trade Commission, probably late this year.

Even so, the US industry seems unlikely to win meaningful tariffs. For one, proving that low Chinese interest rates provide an unfair advantage will be tough when US and European rates are also at historically low levels. More importantly, high duties might invite like-for-like retaliation from Beijing, which the US leadership seems unwilling to risk.

Headline-grabbing tariffs (such as those handed down by the ruling in March) make president Barack Obama, up for re-election this year, appear tough on unfair Chinese trade practices. Yet the symbolic gesture has little actual bite; it doesn’t risk provoking a serious trade conflict with China. Nicholas Consonery, an analyst at the political risk consultancy Eurasia Group, wrote in a recent note that Barack Obama and Hu Jintao have an implicit understanding that the two countries must not venture anywhere near a trade war, especially during the leadership transitions of 2012.

But paradoxically, knowledge that a full-blown trade war is off the table actually makes both sides more likely to engage in small-scale trade bickering. Symbolic tariffs like the one set in March are possible only because the Obama administration feels confident neither they nor China will allow such skirmishes to escalate into war.

In other words, tough talk and minor tariffs might be an indication that a trade war is less, not more, likely to erupt. That is good news for US consumers; American solar panel makers will have to wait.