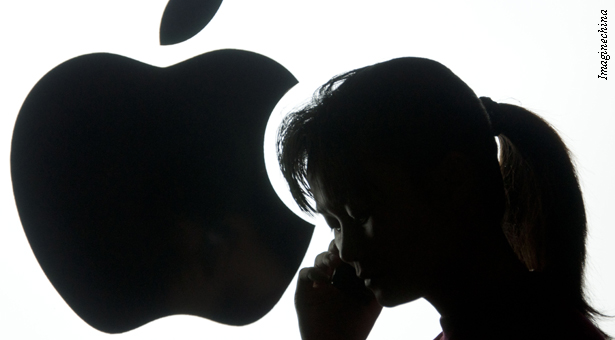 China, not Apple, at fault in iPhone shocking deaths

Apple has struggled through a difficult first half in the world’s largest smartphone market amid slowing sales growth and PR troubles on many fronts. The last thing its Chinese business needed was to be embroiled in a tragedy involving faulty electrical goods – exactly what happened this month.

In separate incidents, two iPhone users were electrocuted while charging their devices. On July 11, flight attendant and bride-to-be Ma Ailun was electrocuted and killed making a call on her iPhone 4 while it was charging. Then, on Friday, 30-year-old Beijing resident Wu Jiantong was sent into a coma after suffering a huge electrical shock while plugging his iPhone 4 into a wall socket.

Websites and blogs crammed the words “Apple” and “iPhone” into news headlines, focusing more negative attention on the California-based company. Apple is still recovering from an avalanche of criticism over a supposedly unequal warranty policy in China, and an investigation into websites providing pornographic content.

Chinese media cut through these misleading reports in subsequent days. State media later reported that Ma and Wu were both using non-Apple phone chargers at the time of their respective electrocutions.

Faulty chargers seem like an obvious culprit when considering the mechanics involved. “I would be surprised if this electrocution happened with a name-brand charger,” wrote Ken Shirriff, a US-based blogger and software engineer at Google, on his site. But Shirriff noted that Ma’s electrocution would be “technically plausible” if she used a cheap or counterfeit charger.

In some ways, Apple has been a victim of its own success. The company has witnessed tremendous growth in China, now its second-largest market, despite the fact that its prices far exceed the monthly wages of most Chinese.

iPhone owners include students and lowly paid restaurant staff who view such items as accepted status symbols and scrimp and save for months to buy them. A teen even sold his kidney to buy an iPhone and iPad two years ago, according to a state media report.

For these shoppers buying an iPhone is one thing. Spending more hard-earned wages or their parents’ savings on pricey official add-ons – handsome money-spinners for Apple – is another.

Retailers, from subway stations hawkers to online stores, offer a bewildering array of fake products for the iPhone, with chargers available for as little as RMB 10 compared to the standard retail price of RMB 149 on the Apple website.

Faced with such a price difference, consumers are hugely tempted to opt for cheaper products, even if they are aware that they are taking a chance on quality. Others may not even be aware that they are buying a substandard item, as some retailers on Taobao advertise their phone chargers as coming from the same factories as Apple products.

While real and fake might well come from the same manufacturing plant, they are likely to have very different safety standards and components. The real deal simply costs more; savings come by cutting corners.

China does have relatively strict electrical product safety standards, although the common complaint is that enforcement is too lax. In May, the China Consumers’ Association warned of the dangers of uncertified phone chargers on the market.

For once, Apple being the center of a hyped-up scandal might result in some good. Where the company is involved, attention invariably follows, and many more consumers will have been made aware of the dangers of fake chargers through the recent news coverage than a press release from a low-profile organization. Already netizens have taken to Chinese microblogging services to warn others of the risks involved.

Some Chinese may indeed trash their fake chargers and buy the real ones. But for many poor iPhone users who simply must have one, that may not be an option they can afford right now.