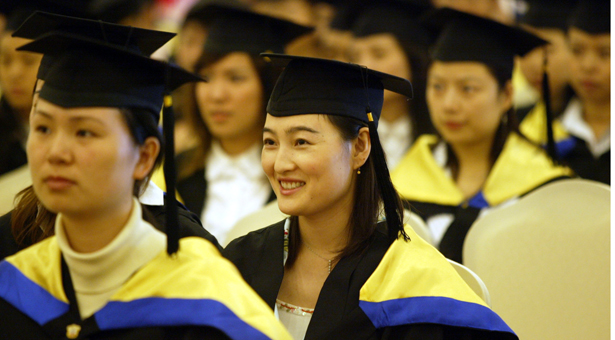 Just two years ago, Australia was sitting on an education-export gold mine. The sector had become the country’s third-largest generator of GDP, buoyed substantially by incoming Chinese students. Only exports of iron and coal produced bigger dividends for the economy as a whole.

Today the picture has changed. Shipments of natural resources to China have raised the value of the Australian dollar, decreasing what had once been a pricing advantage over American universities. Visa and immigration restrictions in Australia have tightened, and institutions of higher education in the western hemisphere are competing to attract Asian students as a potential source of cash to offset rapidly deteriorating state funding. Foreign students brought in US$15.2 billion as of June this year, down US$1.39 billion from the previous year, according to Australian media reports.

A few random acts of violence against Chinese students, which were reported heavily in the Chinese media, have also turned the image of a safe study environment into one of uncertainty.

For Ryan Deng, a master’s student at Queensland University of Technology, the price increase has been the most notable change during his four-year stay. Deng said he originally went to Australia for blue skies and an undergraduate accounting degree. While Australia’s natural beauty did not disappoint, the appreciation of the Aussie dollar has smudged some of his sunshine.

“The fees have indeed increased more than I expected, and they are still rising every half year,” he said. Industry insiders in China agreed the high Aussie dollar, which out-valued the US dollar in 2010, has diverted students toward the US.

Education exports still hold the No. 5 role in Australia’s economy – foreign students compose a fourth of the overall student population, the highest share in any developed nation – but the shift has left universities down under scraping for a model that will make them once again competitive on the global market for knowledge.

An overall transition in the global market, or what experts call the “multinationalization” of education, has played no small part in what is now clearly a loss to the Australian economy. The game for market share is now one of catch-up that Australia will play with quickly expanding international universities based in the US and the UK.

The source of inbound education dollars has been no secret to schools, or students on Aussie campuses. China accounted for nearly one in three foreign students enrolled in Australian universities last year, or about one in 10 students overall, according to the government’s Australian Education International report.

But many of those spots in three-year degree programs were not refilled this year as graduates found work or returned home. While the number of international students enrolled in higher education decreased 4.8% as of June, Chinese enrollment fell by 8.1% year on year. “This decline would be keeping vice chancellors across Australia awake at night,” said Sean Gallagher, the chief operating officer and research associate at the University of Sydney’s US Studies Centre.

Cyclical changes in exchange rates, coupled with increases in competition mostly with the US, have blown in what Gallagher calls a “perfect storm” for the country’s share in the market. As international student numbers plateaued last year in Australia, Chinese enrollment in the US increased 43%, Gallagher said, citing the Institute of International Education’s Open Doors report.

The global financial crisis hit US and UK higher education systems hard, pushing educators to seek out alternative sources of funding, said Anthony Welch, a professor of education at the University of Sydney. The trend is most evident in US undergraduate programs. Welch pointed out that the University of California, Berkeley, is looking to double its intake of foreign students this year, raising about US$18 million in fees.

Within Asia, Singapore, Malaysia and even mainland Chinese schools have stepped up their game. Singapore has enrolled 10,000 Chinese students this year in an attempt to match Malaysia’s efforts to tap the Chinese market, Welch said.

The Chinese government will also try to keep some students in country at top-tier schools. Policies put in place more than a decade ago have continued to pour funding toward institutions such as Tsinghua and Peking universities, moving the schools  toward “world-class performance within the shortest possible time,” he said.

Australia’s popularity among Chinese students took a hit earlier this year as two Chinese students were allegedly beaten and robbed on a commuter train in April, an event that led to an emotional outpouring on both Chinese and Australian blogs.

While Australian news reports pointed out that incidents of violence among Australian citizens are more frequent than those against ethnic minorities, industry watchers acknowledged that the perception of the country as a safe place for international students deteriorated.

“The hype [in the media] added to the sense of significance. This has also been compounded by incidents where students actually know peers who have been robbed of mobile phones or bashed and robbed on trains,” said Michael Singh, a professor at the University of Western Sydney’s Centre for Educational Research.

Deng, the finance student in Queensland, said two of his friends were robbed earlier this year and there have been several recent robberies near his home. Many Chinese perceive Australian streets to be dangerous, especially at night. But the train incident in Sydney didn’t change Deng’s ultimate view that the country is relatively safe.

Ironically, it might not be Australians who have distaste for Chinese numbers in the country, but Chinese students themselves. Chinese make up 5% of the total population, compared to about 1% in the US. The more Chinese with Australian degrees, the less coveted they are on the overseas job market.

“Chinese face huge competition in their own country – for resources, jobs. They don’t want that overseas,” Singh said.

This saturation point has come at the same time that Australian immigration policy is making it more difficult for foreigners to apply for residency permits. These limitations are decried by universities, well aware that Chinese students have arrived not only for educations, but for the possibility of finding jobs in the country.

Boost, a Shanghai-based education training and consultancy firm, helps prepare about 80% of its clients to study in the US; the remaining 20% head to either the UK or Australia. During the past three years, the number of US-bound students increased markedly. Australia, on the other hand, has lost many students, mainly due to the tightening of visa rules roughly one year ago, according to Markus Lee, Boost’s director of overseas students.

The smaller size of the Australian economy and the more limited amount of skilled labor it can absorb compared to the US or UK provides an additional deterrent to students looking for work. “I think this and problems with visas make it more difficult for Chinese students to stay longer there. And most Chinese students want to get a job in the country they study in for a few years before they come back to China,” Lee said.

The multi-faceted challenge has Australian educators asking, “Where to now?” To Gallagher at the University of Sydney, there is no one clear answer. The country’s education system must now look to meet the demands of a diversified market in which quality, price and cost efficiency will take on m
arket segments of their own. Policy changes from the government side, he said, are simply not enough.

Universities must consider a move down-market, according to a recent draft of a report on the country’s education exports co-authored by Gallagher. Smaller schools could specialize in regional disciplinary strengths while offering degrees at reduced costs. The report suggests that schools outside of major metropolitan areas aim for A$15,000-per-year degrees, or about half of the standard price at universities in Melbourne, Sydney and other big cities. Moving campuses abroad could also reduce costs.

Australia’s commodities boom will not last forever, and the Australian dollar could return to pre-2010 levels when China’s demand for coal and iron shrinks, said Jayant Menon, a Manila-based currency expert at Asian Development Bank. Commodity exporting countries often experience volatility in their exchange rates in tandem with market booms and busts. Some relief from this case of Dutch Disease could pull in price-sensitive students from China.

A shift upmarket for some of Australia’s leading institutions will also be essential for long-term competitiveness. Pricing aside, Chinese students have been attracted to US programs by outstanding education, safe residential communities, first-class facilities and an extraordinary network of influential alumni, Gallagher said, all aspects with which Australia’s schools will need to catch up.

Quality is key for students who pass through Boost, Markus Lee said. While parents tend to focus on the safety in the potential cities to which their children will travel, students by and large uphold international standing and prestige as the decision maker in their selection.

The security of international students will require prompt government attention, and universities should be held more accountable for the safety of their students, Singh said. Full disclosure from campuses concerning safety procedures and crime rates could lead to better awareness and prevention.

“Australia’s provision of security for the public – international students, overseas tourists and those seeking asylum in this country – are integral to managing this country’s reputation internationally, especially where such trade in people is a key feature of the nation’s economy,” he said.