Home Columns & Interviews Back to the future 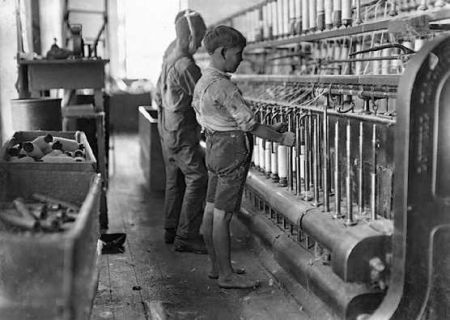 Back to the future

There is much about China’s meteoric rise that is unparalleled. No previous nation had combined Communist Party rule with surging consumerism before China did so beginning in the 1990s, and it is the first country in modern times to successfully reclaim top-tier economic power of the sort it wielded – and lost – centuries ago. Nonetheless, though its historical trajectory is certainly unique in many ways, it’s worth asking whether China’s recent ascent might make more sense – and might seem less threatening – if we look to other countries for partial parallels.

Many analysts who play this game turn to the usual suspects: Russia, which shares a history of Communist rule; Japan, which, like China, was shaped in the past by Confucian values; and India, another ancient country now moving back to the center of the global economy. But we find more compelling similarities with an unlikely candidate: the United States.

The parallels are striking, especially if we focus on industry and urbanization.

As early as the 1850s, the US was well on its way to becoming the workshop of the world, churning out cheap textiles, clocks, guns and other goods that eventually dominated global markets. Thanks to innovative cost-cutting methods and technological refinements, the US became the world’s biggest manufacturer and largest economy by the 1890s. What started to be called the “American system of manufactures” became the envy of the world, much as China’s ability to produce seemingly endless quantities of cheap goods has earned it the ire and admiration of other countries in the 21st century.

Like China today, relentless industrialization went hand in hand with the staggering growth of cities. Between the 1850s and 1890s, New York City, Philadelphia, and several western industrial centers began their climb to global dominance, much as China’s cities have done today. Chicago joined the circle of global cities toward the end of the century, just as Chongqing (sometimes dubbed “Chicago on the Yangtze”) is trying to do now. These cities, much like their successors in China today, expanded at a blistering rate, with little regard to the human costs of economic growth. Foreign observers were amazed by how quickly tall buildings shot up in US urban centers.

Many US commentators have complained that China’s recent success has been predicated on chicanery and dubious business practices of a sort that are alien to American values. China isn’t sticking to the rules, they complain; it has no respect for intellectual property, and rips off innovations from overseas. It doesn’t, in other words, play fair.

Perhaps, but that’s the story of the US in an earlier time. It used protective tariffs to get infant industries off the ground; it stole British industrial techniques without apology. Much like China today, the US was also famous for being a scofflaw in the realm of international copyright, ripping off foreign editions of books without paying royalties. It even got a bad rap in the late 1800s for exporting tainted products – a harbinger of China’s own troubles with product quality.

Every time a US-China summit takes places, speakers representing both sides harp on the theme that the countries must learn to get along despite how different their traditions and cultures are – we heard this again when President Hu Jintao was in Washington in January. But they should actually be seen as having overlapping as well as divergent histories: Both were predominantly rural countries that at a pivotal moment underwent (or, in China’s case, is undergoing) a massive shift toward an urban, industrial economy that far exceeded what foreign observers expected. Both are countries where economic growth has at times far outpaced the power of government to regulate it. And both were young nations when they started their ascent.

In fact, the People’s Republic of China just celebrated its 60th birthday last year, making it even younger than America was in 1850. But it’s not just the shared dynamism, youth, and energy of American in the 19th century that connects it to the China of today. The obstacles that stood – and in the Chinese case still stand – in the way of economic growth are also telling.

Consider, for example, the case of real estate bubbles. Numerous ones grew and burst while America was rising in the 19th century. Like China’s present bubble, which is attracting so much attention from critics, these frenzies weren’t necessarily products of a free market run amok.

The government played a heavy role, selling off land at rock-bottom prices and subsidizing the m
arket in numerous ways. Federal “land offices” were scenes of enormous speculative energy. Each time, the economy crashed and a depression ensued. Each time, the US recovered and went on to grow again, at a breathtaking pace. In all likelihood, so will China.

To use a line often attributed to, but probably never said by Mark Twain, history doesn’t repeat itself, but it often rhymes. China seems one of those instances, and not just where bubbles are concerned. For example, there is a fundamental contradiction between the country’s political structure – nominally Communist – and its economic structure, which is in many ways capitalist.

Moreover, China is run by a single party whose leaders not only refuse to share power, but have little tolerance for open expressions of dissent, and insist on exerting a great deal of central control over the economy.

Though China’s citizens have an increasing number of choices when it comes to how they spend their money, they have no choice about who governs them.

The US in the 1850s was an extraordinarily different place in political terms, but it didn’t lack fundamental contradictions. For example, it prided itself on being a “free” society where “equality” was prized, yet slavery played a pivotal role in its economy, existing within and in opposition to emergent capitalism. America’s post-1850 history has been shaped by conflicts linked to and efforts to work through these contradictions. We expect the same to be true for China, even if it – hopefully – won’t take a civil war to do so.

But what of endemic corruption, a different sort of political issue? By all accounts, China is rife with all manner of malfeasance, with government officials operating in cahoots with a growing number of capitalists. Many skeptics assume that over the long run, China can’t continue to have sustained economic growth without more transparency; the system will only be able to reach its full potential when fewer pockets are lined and secret deals made.

Perhaps, but corruption was rampant in Gilded Age America, when the country dethroned Britain as the biggest economy in the world. The extent of the graft, fraud, and bribery that went along with the country’s rise to economic supremacy is staggering in retrospect, even if it was not tied, as it is in China, to a single party’s control of the national state.

Some of this corruption was rooted in the rise of machine politicians like Boss Tweed, whose Tammany Hall organization effectively ran New York City for many years. Corruption was endemic to national politics, too.  For example, the Credit Mobilier scandal that first broke in 1872 ultimately revealed that wealthy railroad investors had been siphoning off taxpayer dollars into a shell corporation. For good measure, the architects of this scheme bribed numerous politicians, including James Garfield, a congressman and eventual president.

Another common factor that China skeptics bemoan is the depletion of natural resources associated with industrialization and urbanization. Here, too, China is simply following a well-worn path – albeit one with even more worrisome consequences due to climate change. Over the course of the 19th century, the US effectively clear-cut vast swaths of the country, and drove numerous species to and beyond the brink of extinction. Simultaneously, mining and oil companies polluted and poisoned in their relentless search for new resources.

Skeptics also note that China’s cities are swelling at unprecedented rates and getting unbearably polluted. But the speed and scope of 19th-century American urbanization was likewise, for the time, shockingly fast. Big cities – older commercial centers like New York and Philadelphia, as well as newcomers like Pittsburgh and Chicago – grew at a staggering speed, and within them, as in places like the fast-growing Chongqings and Chengdus of today, pollution levels soared. Life in 19th-century American cities was grim, ugly, and more often than not, short. In big cities and industrial centers of the period, somewhere between 15-25% of all infants died by the age of one, victims of gastrointestinal diseases that flourished in overcrowded living quarters.

Summers were the worst. Shortly after celebrating the US centennial in 1876, the New York Times observed in late July that “last week there died every day in New-York about one hundred babies under one year old.”

Most of the deaths took place in tenement houses harboring poor laborers, prompting even the patrician editors at the Times to concede that “the greed of the capitalist who grows rich on the returns of such human slaughter-houses is as much a matter for legislative correction as the ignorance and filthy habits of the poor
people…”

It took many years to improve the quality of urban life in places like New York and Chicago. Likewise, it will take many years before living conditions improve in Chinese industrial conurbations like the Pearl River megalopolis that includes Shenzhen, Guangzhou, and the enormous, if less globally known, factory town of Dongguan.

In the meantime, we should expect that there will be more pollution, more squalor, growing health problems and heightened mortality rates (though some reports presently put the life expectancy for a newborn in Shanghai higher than that in New York City). The plight of the disadvantaged in Chinese cities is tragic and the inability to breathe the air in many urban settings deeply worrying. But if the experience of the US is any guide, neither of these things will necessarily derail China’s ascent, whatever the enormity of the human toll.

China’s economy is sometimes described as “capitalism with Chinese characteristics.” That is indisputable, and anyone curious about China’s future should certainly study contemporary events. But they should also keep an eye on America’s past.