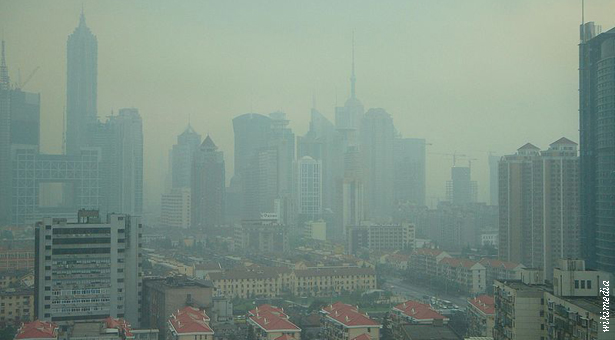 Those tiny particles gliding through China’s urban firmament are not merely blackening lungs in Beijing.

The pollutants, known as PM2.5 and rated by the WHO as toxic in high concentration, have also spooked the new leaders that came onboard last month in the capital. So much, in fact, that the government shuffled 11 ministries into a room last week to discuss how to curb the increasing damage to the country’s health and environment.

The meeting, led by the National Development and Reform Commission, was the largest meeting of political and scientific minds to come together since Beijing suffered the so-called “airpocalypse,” a 20-day stretch of record pollution in late January that climbed more than 250% beyond the internationally recognized safety level of PM2.5.

In a desperate attempt to look productive at the end of March, Beijing threw about US$16 billion at the vaporous clouds enveloping northern China. Last week’s meeting may have been much of the same posturing.

Like so many inter-ministry charades in the capital, last week’s was no doubt perfunctory. However, it did yield some progress toward a new policy, namely a call from several of China’s leading scientists to draft a “Clean Air Act” similar to the one enacted in the US in 1963.

Pushing top leaders to draft a more detailed law would be a milestone in the fight against the pollution that leads to more than 1 million unnecessary and usually uncompensated deaths per year in the country. But a glance at China’s record for enforcing laws that stand in the way of profits – especially those of state-owned firms – indicates that the country needs much more than a new law to keep things clean.

Cost of obeying too high

The current legal centerpiece for environmental protection in China, the Atmospheric Pollution Prevention Law, is at best toothless writ. Speaking to the Chinese weekly newspaper The Economic Observer, Luo Jianhua, the former deputy director of the environmental and resource protection committee at the National People’s Congress, called the law “overly simplistic and crude,” while also noting its brevity.

“How can only 15 pages of law control the haze that has spread across the entire east of China?” Luo asked when speaking with the Observer.

From Luo’s perspective, a new law on environmental protection must go beyond the current penalties, which are fines accrued on a daily basis, and specify real punishment – Luo suggests, years, even decades of prison time.

Rampant polluters often scoff at the current fines imposed on them. That is, if they are levied at all. The arrogance is embodied in a popular phrase that has circulated widely in Chinese media in recent years: “The cost of obeying the law is too high; the cost of breaking the law is too low.”

This means that the environmental shortcuts manufacturers and power companies take often yield far higher returns than fines subtract from their balance sheets.

China’s problems with pollution go much further than simply the extent of the fine or punishment, severe or otherwise, that the law calls for. A lack of rule of law permeates the country’s business, law and political realms and promises to keep China’s air and lungs sooty for much longer.

“The [content of] the law is not the biggest problem. It’s carrying out the law that’s difficult. Many people don’t dare carry out the law,” said one lawyer at the Center for Legal Assistance to Pollution Victims in regard to the current law. The lawyer spoke to CHINA ECONOMIC REVIEW on condition of anonymity because they were not permitted to speak with the press.

The center, based in Beijing, provides free legal consultation to people affected by pollution and also seeks to raise awareness of environmental rights (such as the right not to develop cancer just because you happen to live near a benzine manufacturer).

When local governments enforce environmental law, they are essentially digging into they’re own coffers. Cleaning up factories could simply mean shutting them down, subsequently cutting tax revenues to local officials. Much of China’s growth dividend has been based on cheap development, and that trend shows little sign of slowing. Low cost coal-fired power plants are not in decline in China, a factor that could keep China off the mark on its pollution target for more than a decade.

On a central level, powerful interest groups behind many state-owned firms will push back at new attempts to crack down on pollution. For many government officials, attacking a polluter at a state firm is like biting the hand that feeds. The massive but inefficient companies are some of the primary generators of revenues for the central government. Many firms have direct ties to policymakers who would like to perpetuate a strong government-back business sector, despite the toll on the environment.

As many have already pointed out, skirting regulations to save money will only lead to higher health costs at a later date. Those costs have already become evident and are poised to skyrocket without action.

China will need to go above and beyond drafting laws if it wants to curb pollution. The country could start by enforcing its current law regardless of its banality. Adding words to the law will not catch the attention of negligent officials.