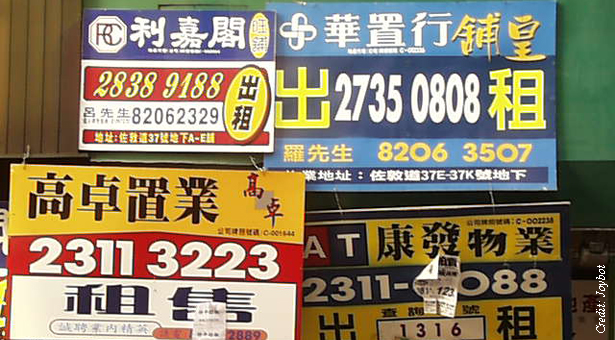 Throngs of Chinese homeowners clustered outside of property offices in Shanghai and Nanjing this week. These people, many of whom had bought a second home as an investment and then flipped it, were frantically trying to register the sales of their properties before a 20% capital gains tax goes into effect.

Profits from the sales of second homes have long been subject to the 20% tax, but few local governments enforced the regulation. But last Friday, China’s cabinet announced a slew of measures aimed at restricting excessive growth in real estate prices, one of which was enforcing the tax. The State Council also ordered local governments to issue price targets for the first quarter and raise down payments on homes and increasing mortgage rates, among other things.

Both the media and the markets took the announcement to heart. The Shanghai Composite Index sunk 3.7% on Monday, the biggest decrease in 19 months, while shares of many major property developers plummeted the maximum 10% the exchange permits.

But perhaps homeowners and investors needn’t have worried so much. As usual, the central government has left this and other guidelines up to local governments to implement, so the timing and breadth of the measures will vary from place to place. Precisely when the measures will go into effect will become more obvious after the ongoing National People’s Congress concludes on March 17.

If enforced, the new regulations will likely dampen speculative purchases somewhat. But the point of the announcement looks to be more show than substance – the efforts of leaders to reassure the people that they are working to make housing more affordable. Even more important, the announcement served as a message to local governments that China’s new crop of leaders won’t tolerate run-away growth in housing prices.

Michael Klibaner, head of research for Greater China at property consultancy Jones Lang LaSalle, had predicted as much in a speech in Shanghai in late January. “We think that it is fairly unlikely that there is going to be a need for additional tightening measures, although you will see Xi Jinping or Li Keqiang jawboning the market,” said Klibaner, using an old term for threatening future government regulation to influence market behavior. “They’re just reminding provincial governments or local mayors that they are serious.”

In practice, property owners may yet evade the 20% capital gains tax. Ting Lu, China economist at Bank of America Merrill Lynch, argued in a note that loopholes in collection could wave or reduce the 20% capital gains tax. Caixin speculated that sellers might raise house prices further to push the cost on to buyers, thereby actually raising home prices – or that the new rules might result in a surge of fake contracts, never difficult to come by in China, as buyers divert part of the sale into a side contract.

All this begs the question: Is there a better way for China to keep its housing prices in check than periodically intimidating investors?

The answer is, assuredly, yes, although its adoption must be a gradual one: China must give its upper class more useful ways to invest their money than in real estate. The government should not just brandish a stick to keep wealthy Chinese investors away from the property market, it should offer them more carrots.

Wealthy Chinese keep snapping up property, pushing prices beyond the reach of the middle and lower-classes. The reason being that for those without the means to covertly smuggle wealth abroad, property remains practically the only “secure” investment. Chinese stock markets are notoriously volatile, and bond markets are still immature. Until capital markets are developed and expanded, the government will be stuck with the difficult task of discouraging investment in real estate with the threat of ever-tighter regulation.

The failure to channel this wealth toward more productive uses represents a huge loss of efficiency for the Chinese economy. Zong Qinghou, the founder, chairman and CEO of Wahaha Group, summed up the problem from the sidelines of the NPC on Tuesday: “The capital markets suck in China.”