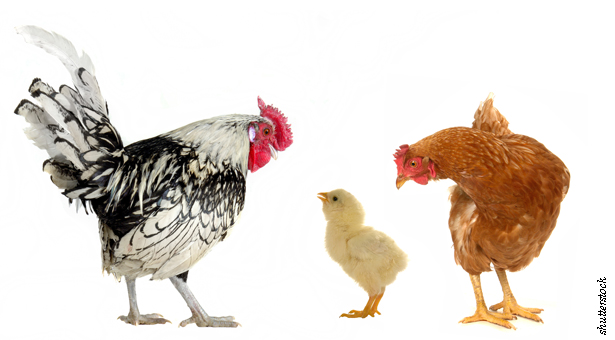 More and more masks are appearing on the faces of commuters in Shanghai. Drug stores like Watsons were sold out of hand sanitizer, a relatively novel product in China. The line for a popular storefront that sells roasted ducks on Huaihai Road, which in the early evening sometimes holds a hundred people, had just a dozen waiting at 5 pm one Sunday soon after the outbreak began.

A new strain of avian flu has begun to take a toll on the Chinese economy. Authorities in Hangzhou and Nanjing slaughtered birds and halted trading at poultry markets on Sunday, echoing a move by Shanghai the previous day.

The market responded quickly to news of the outbreak, with Chinese stocks traded in Hong Kong and New York plunging on concerns of reduced economic growth. As of noon on Monday, the Shanghai index was down about 0.7%, while the Hang Seng index was relatively flat after falling 2.7% on Friday to its lowest level since November. On April 5, Chinese stocks in New York traded at the biggest discount to the S&P 500 Index since 2008, while the Bloomberg China-US Equity Index, which measures the most-traded Chinese companies in the US, fell 1.8%.

The experience of the Severe Acute Respiratory Syndrome (SARS) panic one decade ago prompted investors to react more surely to news of this outbreak. Shares of Chinese companies involved in the farming of eggs, poultry and pigs were among the first to suffer, including Chuying Agro-pastoral (002477.SZ), Henan Shuanghui Investment (000895.SZ) and Hunan New Wellfull (600975. SHA). Authorities have declared well-cooked eggs and chicken safe to eat, but many consumers are still avoiding it.

The crisis boost some stocks, however, especially certain healthcare companies. Shares of BioCryst Pharmaceuticals (BCRX.NASDAQ), the North Carolina-based maker of an influenza drug called Peramivir, soared 29% on April 5 after Chinese regulators said it was expediting approval of the drug as an effective alternative for patients who could not inhale or take drugs orally. Roche Holding AG also stood to benefit after Shanghai authorities stressed that the virus was sensitive to its drug, Tamiflu. Shanghai officials also mentioned that a Chinese herb called banlangen, the root of a woad plant, could help to ward off the disease, leading to a boom in sales for the product.

Booming sales for other cures of questionable efficacy are sure to follow: During SARS in 2003, many stores sold out of vinegar and face masks, and consumers hoarded salt in 2011 following rumors that iodine in the salt would protect them against radiation from the Japanese Fukushima nuclear disaster.

Keep calm and carry on

It’s not yet clear how serious the current outbreak will prove to be, for both the public and investors. It may be merely an opportunity for investors to take profits or make new bets on short-term stock price shifts, or it could grow into a pandemic that will significantly stifle economic activity.

Ting Lu, chief greater China economist at Bank of America Merrill Lynch, emphasized in a note on Friday that investors are right to be cautious, as the current outbreak is worse than previous cases of bird flu. Some scientists say the disease has the markings of an easily transmissible virus, and that if it mutates into a form that can be passed from person to person, its health and economic toll will rise.

China’s lack of transparency makes it difficult to differentiate between precaution and panic, and that is undoubtedly heightening public anxiety. Official news and announcements have been slow and scarce, and the public was already on edge after an armada of dead pigs was found in the river that supplies much of Shanghai’s drinking water. So far, however, this strain of bird flu looks far less devastating than SARS, which started in Hong Kong in late 2002. China’s National Health and Family Planning Commission insists that confirmed human infections of the H7N9 are “isolated”.

Roughly one decade ago, SARS killed about one-tenth of the 8,000 people it infected worldwide and caused economic growth to fall from 10.8% year-on-year in the first quarter of 2003 to 7.9% year-on-year in the second quarter. If the current disease worsens, Lu wrote he may lower his forecast for second-quarter GDP to less than 8% from 8.1% previously.

Even so, past experiences indicate that the negative economic impact from epidemics will not last long, Lu wrote. The economy rebounded quickly after the disease was contained in June. Lu’s message to investors is much like the Chinese government’s message to its people: Now is not the time to panic.