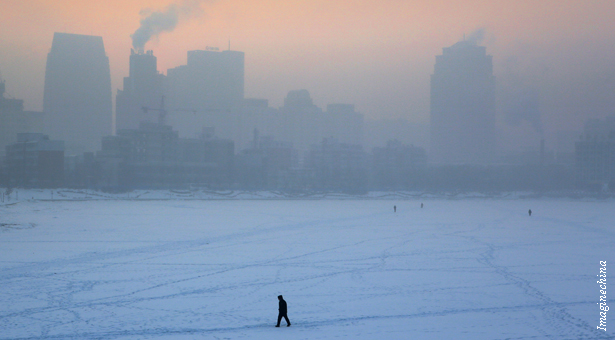 In Europe, the privilege of emitting a ton of carbon dioxide now costs about the same as a hamburger. That was one painful takeaway from a recent New York Times article on the crisis in Europe’s market for carbon allowances, which has now gone into a noisy free fall.

Already-cheap carbon prices sank to record lows last week, after the European Parliament voted on April 16 against a proposal to shore up prices by reducing the number of allowances in the Emissions Trading Scheme (ETS). It was just the latest plunge in a volatile market that has seen the price of a ton of carbon dioxide fluctuate from $0 to $40 in the last few years.

Europe launched its emissions trading scheme in 2005 in an effort to raise the cost of emitting greenhouse gases and incentivize industrial polluters to switch to cleaner alternatives, such as wind, solar and natural gas. European governments convinced their companies to spend billions on investing in renewable energy projects to gain credits to offset pollution elsewhere, and many people hailed the market as a success.

But then an oversupply of carbon allowances and Europe’s terrible economic fortunes combined to drag on the market. Analysts say the price of carbon is currently too low to influence corporate behaviors, and Europe is actually seeing increasing investment in coal-fired power plants. As prices have fallen and liquidity dried up, financiers have lost interest in what once seemed to be a promising market.

Analysts are debating what effect Europe’s recent failures will have on nascent cap-and-trade schemes around the world. More than a dozen governments are developing their own programs, including Australia, South Korea, California and China.

China has announced plans to introduce pilot programs in seven locations as part of its plan to reduce its carbon intensity, or tons of carbon emitted per unit of GDP, by as much as 45% before 2020. The central government plans to let the local governments of Beijing, Shanghai, Tianjin, Chongqing, Wuhan, Guangdong and Shenzhen test out different methods for implementation before taking a policy nationwide. Bloomberg New Energy Finance forecasts that the country will regulate 800 million to 1 billion metric tons of carbon emissions by 2015, making it the world’s biggest emissions trading scheme outside of Europe.

So far, China doesn’t seem fazed by Europe’s floundering. Xie Zhenhua, the vice director of the National Development and Reform Commission and the man in charge of China’s climate policies, said last week that China’s efforts to establish its own trading platform would not be deterred by outcomes in the EU. According to Xie, the country’s pilot schemes are on track, with trading due to begin on the new China Shenzhen Emission Exchange in June and in Shanghai before the year’s end.

As China forges ahead with its own program, the EU’s troubles should offer China several valuable lessons. Europe’s scheme “may well become an example of what not to do,” The Economist quoted Jeff Swartz of International Emissions Trading Association, a lobbying group, as saying.

Xie has affirmed that China should learn from Europe’s mistakes. In particular, Shanghai’s pilot program will include a mechanism by which authorities can remove carbon credits from the market in the case of oversupply, he said. The Economist also suggests that China could adopt a floor and ceiling for carbon prices, as California does. This is a familiar model for the planners of China’s mixed-capitalist economy, who have kept a rein on the financial system by maintaining a floor on bank lending rates, a ceiling on deposit rates and a trading band for the currency.

Xie and his cohorts should also take note of the cautionary tale about handing out too many credits. Until the end of 2012, Europe gave credits out to companies for free, in an effort to ease them into the new carbon era. However, authorities apparently felt they had to be overly generous to bring certain wary coal-burning countries on board, such as Poland. That surfeit of credits has ultimately undercut prices and destabilized the market.

Officials in China could very likely face the same temptation. China experts are quick to note that powerful state-owned enterprises, which are especially concentrated in energy-intensive and heavy-polluting manufacturing industries, have wielded their significant bargaining power to derail economic reforms in the past.

It’s a good sign that China’s environmental regulators appear to be tuned in to Europe’s mistakes. However, it’s far too early to weigh in on the likelihood of success for their domestic program.

A recent report by Hogan Lovells, an international law firm, cautions that China’s trading platform as yet offers companies little incentive to trade on the platform because emissions reductions are not compulsory. In the near term, the platform will probably attract companies wishing to raise their profile or improve their corporate image. Clearly, China’s national over-the-counter market for carbon credits “will need to evolve into a mandatory platform or be used to support the platforms in the Pilot Localities (as rumored to be the case in a cross-platform trading) before it picks up any real traction,” the report said.

It will likely be several years before China’s carbon trading market takes form. But perhaps even more so than in Europe, there is tremendous need for the initiative. Those who live in China’s cities know firsthand that the value of not consuming one more ton of carbon should be far more than a McDonald’s hamburger.