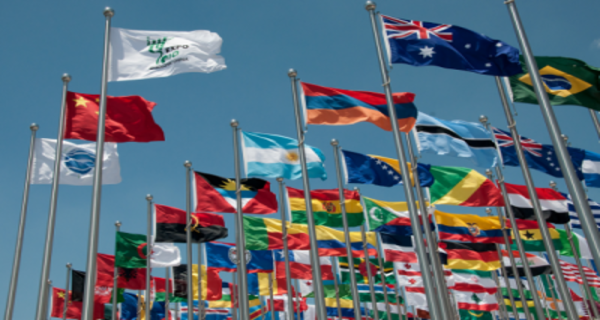 The latest round of trade talks between China and the United States has drawn to close. The result: warm words on both sides but no specific deal, and a salvo of presidential tweets reiterating the US’s hard March 1 deadline for “a complete deal.”

With the United States threatening to more than double tariffs on $200 billion of Chinese products from 10% to 25% unless China implements sweeping changes to its trade and industrial policies, it is worth examining how much of an outlier China is globally and historically.

In addition to its large bilateral trade surplus with the US, the key issues highlighted by Washington include China’s “lack of effective protection” of intellectual property (IP) rights, its industrial policies that aim to support domestic firms, and the Made in China 2025 strategy for promoting upgrading and innovation in high-tech industries.

On each of these issues, it is easy to see why the US would consider Chinese policy to be harmful to its interests. But there are many other examples of rising powers using a similar mix of measures to shield their domestic firms from foreign competition and promote strategic industries.

Let’s start with China’s attempts to protect local industries using foreign trade and investment barriers. The rationale for these policies was first laid out not by Xi Jinping or Deng Xiaoping, the father of China’s rapid economic growth, but by Alexander Hamilton, the US’s first Secretary to the Treasury, in 1791.

In his seminal Report on Manufactures, Hamilton argued that given poor American technology compared to Europe, American manufacturing industries could not possibly compete with more advanced foreign firms without protection.

In the case of gin, for example, Hamilton observed: “the price of some of the materials is greater here than in Holland… the price of labor considerably greater, the capitals engaged in the business there much larger.” As such, he argued, “the prejudices, in favor of imported Gin, [were] strong.”

Hamilton’s solution? “[A]n addition of two cents per Gallon… to the duty on imported spirits of the first class of proof.”

Less developed economies have been using these tactics for centuries – including the young United States as it sought to catch up with Europe. In the late 19th century, US tariffs on imported manufactures averaged close to 50%.

Again, while it is understandable why the American government is determined to prevent China from undermining its lead in key technologies, there is a long history of competing powers displaying a cavalier attitude toward each other’s industrial secrets.

During its early history, the young United States was often criticized by the superpower of the day, the United Kingdom, for its rampant theft of British industrial designs.

The most famous example of this was the case of Samuel Slater, an English cotton worker who helped create the US textile industry. Born in the UK in 1768, the young Slater worked as an apprentice to a cotton processor in his hometown of Belper, Derbyshire.

At the time, the UK had banned cotton workers from travelling to the America because they did not want the United States to acquire British cotton technology, which at the time was world-leading.

Drawn by the rewards advertised in US newspapers for cotton processing information, Slater defied the ban, sailed to the US, and became – as he is known in his adoptive country – the “Father of American Manufactures.” In the UK, on the other hand, he was branded “Slater the traitor.”

The US was not the only country with a lax attitude to IP. During the 19th century, the UK, Netherlands, France, Austria and Switzerland all allowed foreigners’ inventions to be patented domestically.

Some major European firms got started using other’s technology. In the 1890s, Dutch manufacturing giant Philips started out by manufacturing lightbulbs, a technology patented by the American Thomas Edison.

Even China’s Made in China 2025 plan—an industrial policy designed to make the country a world-class player in industries including electric cars, artificial intelligence and aerospace engineering, and which the White House has described as a key part of Beijing’s “economic aggression”—is far from unique in a global context.

US allies Korea and Japan famously used similarly interventionist approaches to grow from poor, war-ravaged nations into “economic miracles” with world-leading high-tech sectors. Japan’s Ministry of Trade and Industry (MITI) guided its emergence as a global leader in cars and computers, while Korean flagship conglomerates like Hyundai and Samsung flourished under government support.

In fact, economists widely consider China’s development approach to have been less hostile to foreign direct investment and in many ways less centralized than those of Japan or Korea.

What’s more, many economies that are typically viewed as highly market-oriented continue to employ industrial policies to manage their economies, some with substantial state involvement.

Singapore, for example, has an Economic Development Board responsible for economic strategy, tax and other incentives. It also serves as a bridge between government agencies and private partners. The country’s state investment fund, meanwhile, holds a majority stake in major companies, and the majority of the population lives in government-subsidized housing.

And, while American political and economic discourse typically emphasizes free markets, in reality the US government invests heavily in research and development, laying the foundation on which major firms such as Apple have been built. The CIA even has a government-funded venture capital firm that invests in promising tech start-ups.

Of course, some mainstream economists would argue that selective state involvement is not the right way to run trade policy or develop an economy. But whatever one’s position on economic interventionism, it is clear that China is not the only country in the world to strategically interfere with the market.

Taken in historical context, the current US-China conflict is less a reflection of Communist China’s unwillingness to follow economic orthodoxy than a classic story of what happens when a new economic power challenges an old one.