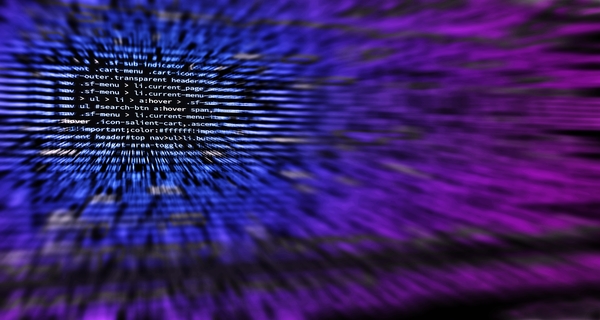 China is racing against time to establish its own technological intellectual property, particularly in the semiconductor industry. The moves come amid growing pressure on Chinese tech companies overseas, underscored by the recent arrest of Huawei CFO Meng Wanzhou and punitive measures by the US on Huawei rival ZTE.

This time around, China appears to be taking a more discreet approach, pursuing more low-profile strategies rather than eye-popping, state-led partnership initiatives such as the National Integrated Circuit (IC) Industry Investment Fund, which was set up in 2014 and raised RMB 138.7 billion ($20.1 billion) in its initial phase.

“Sino-US tensions are pushing China into a corner,” the head of an integrated circuit trading company told TechNode, requesting anonymity because of the sensitivity of the topic. As a result, he said, there’s been a shift in policies at both national and local levels where greater emphasis is being placed on investing in the semiconductor industry. “We are seeing increasing integration of government budget and private money in good projects,” he added.

Wong pointed to the recently announced Shanghai-based tech board plan as a sign of new efforts to bring in individual investors and developing companies into the world of tech investment.

For semiconductor and other projects requiring long-term capital injection in research and investment, and fixed assets such as factories and labs, a stock exchange allowing flexible capital exit could benefit private investment.

In contrast to listed A-share stocks which should report earnings before IPO filling, the registration-based tech board will have no profit requirement for IPO candidates. This is likely to encourage R&D driven projects characterized by high investment risks but also high returns.

Earlier this month, for example, during the final of the Beijing University of Aeronautics and Astronautics’ global innovation competition, the top prize for early stage projects was awarded to a project that focuses on chip security, while the prize for the growth-stage projects was given to a team that is developing non-civil communication chips. Both winners will be given access to an undisclosed amount of private capital.

Chinese semiconductor companies also are aggressively investing in open source projects. One example is instruction set architecture (ISA) RISC-V. ISA works between hardware and software, and defines how a computer is programmed.

In April, Ni Guangnan, a member at the Chinese Academy of Engineering Science, said that Chinese companies should pour the whole country’s resources into chip-making. He drew parallels to the mission of those who dedicated their lives to develop significant national projects such as developing China’s own nuclear weapons.

In November, during China’s Wuzhen Internet Conference, Ni was assigned as the general director of China’s own RISC-V alliance. At another technology forum held in the same month in the southern Chinese city of Shenzhen, Ni mentioned that Intel and ISA ARM are dominating the core chip-making technology. “If we could work together on RISC-V, under the current situation, we can be the third major power,” Ni was cited in Chinese media as saying.

“The government is very interested in the technology,” Fang Zhixi, former global vice president at Intel and now the chairman of RISC-V Foundation’s consultancy committee in China, told TechNode prior to the Wuzhen Internet Conference. “I have been getting in touch with high government bodies including the Cyberspace Administration of China (CAC) and Ministry of Industry and Information Technology (MIIT). We see no problem organizing talks or having both Chinese and international researchers and universities working together.”

Fang explained that the Chinese government’s interest in RISC-V is due to an open-source technology’s “natural advantages.” Tech companies may build their own applications on the “open and free” fundamental tech standards, and produce commercial projects with no extra-legal pressure such as patent disputes imposed by external parties.

“Open-source [solutions and communities], in fact, can be a way to avoid tensions in the tech sector,” Fang added.

“From the perspective of policy, support to open source technologies can be easily done. However, one concern is communication across standards. China still has to tackle challenges when racing with players leading mainstream tech games in many fields.”

Wong believes China’s intention is to establish its own intellectual properties in mainstream tech games. If it were not for the purpose, China could always pay for US patents’ use right and projects built on open source platforms, as the US tech entrepreneurial ecosystem is highly commercial.

“[Therefore] open source is not always enough, though it will produce positive outcomes,” Wong added.