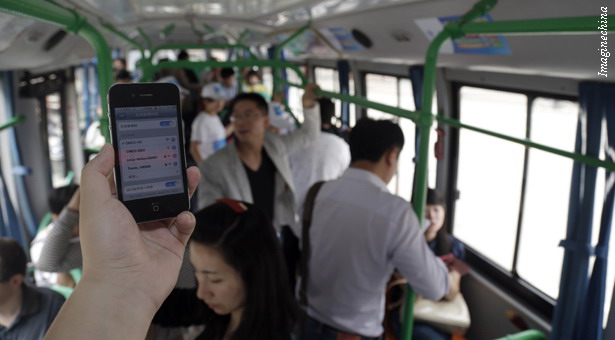 China’s telecoms regulator has recently added a touch of clarity to the confusion surrounding the future technological direction of the country’s mobile market – a touch and nothing more.

After months of speculation on when the Ministry of Industry and Internet Technology (MIIT) would grant 4G licenses to mobile operators, the State Council finally confirmed in mid-July that it would out the keys to this next-generation technology by the end of the year.

That promised to herald a new era for telecommunications in China: The country’s big three mobile operators could pump more than US$11 billion into 4G networks in 2014, giving businesses and consumers the kind of data speeds necessary to compete in a knowledge economy.

But the announcement last month has cleared the view only for market leader China Mobile, which will have 200,000 4G towers and counting on the ground by the time the MIIT gets around to handing out the licenses.

As for China Unicom and China Telecom, the two smaller operators could be in the dark on the future of their 4G networks until they have licenses in hand.

China Mobile, the world’s biggest telecom operator by subscribers, will without a doubt use TDD to operate its 4G network. TDD is a primarily China-developed standard and the government has mandated China Mobile to use it.

Signals from MIIT are much more ambiguous for China Unicom and China Telecom. Both state-owned companies have indicated that they would like to use FDD, a better tested and internationally developed standard, to run their 4G networks.

Whether MIIT will be receptive to those wishes has yet to be seen. Although building a TDD network will be more costly and time consuming than FDD, the government may want more of its technology employed in the domestic market to build up the capabilities of companies operating in an advanced industry.

“[China Unicom and China Telecom] want FDD licenses but the government has a plan – and that’s its own plan,” said Mark Natkin, founder and managing director of Beijing-based Marbridge Consulting, which focuses on the telecoms and IT. “I think they are both cautious about building out right now because they don’t know what kind of license they will get.”

Phone makers are just as clueless on what kind of network the companies will use, added Nicole Peng, a Shanghai-based analyst at technology research firm Canalys. This could challenge the ability of companies such as Samsung to fill orders on phones after the final announcements are made.

The uncertainty surrounding 4G for the two smaller firms looks like a huge advantage for China Mobile.

By year’s end, Chinese smartphone users looking for faster connections will have no choice but to sign up with the communications behemoth, which has already deployed test versions of that service in many major cities.

There’s still hope that China Unicom’s 3G network could help it barrel through the coming regulatory confusion, according to Peng.

The company’s 3G network, which uses an international standard, has been a huge success compared to China Mobile’s launch on home-grown technology. Users have lauded the service as faster and having a better signal.

China Unicom might be able to hold out on earnings from the 3G network until as late as mid-2014, Peng said, which would reduce the need to fork out huge sums of cash on a new network now while the company is unclear about which standard it will be allowed to use.

The mobile unit of China’s giant landline operator doesn’t have that luxury. “China Telecom is in a much worse situation,” Peng said on Monday.

The smallest of China’s mobile operators, China Telecom recently bought out its network from its parent company, leaving it already strapped for cash. Its 3G network has also been less lucrative than China Unicom’s. To compete with its larger peers, the company will need to launch a strong 4G brand in a timely manner: That will be tough given the continued regulatory opacity.

Despite the advantages to using an internationally developed standard, the companies hoping to build out FDD networks will be waiting for several more months to be instructed on the nature of their 4G services.

Perhaps the strongest message the government has sent so far is that those that use the China-developed TDD have an unobstructed regulatory path before them.