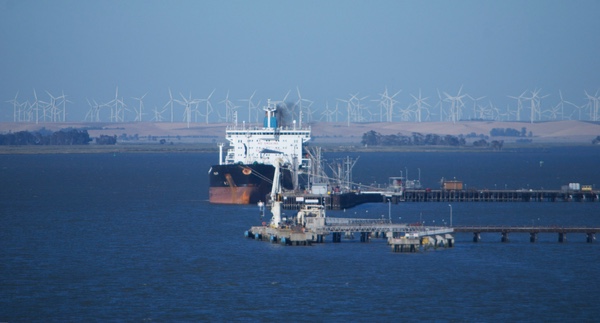 China seeks to leapfrog US to energy self-sufficiency

Ravi Bajaj, an independent oil industry commentator, looks at the challenges and opportunities for foreign oil companies as China seeks to power ahead of the competition

In the space of only about 20 years, China has gone from being nearly energy self-sufficient to depending upon imports to meet half of its energy needs. The country experienced this dramatic swing despite being the world’s fourth largest producer of oil. The problem is, demand is rising so fast that its domestic supply simply can’t keep up. In fact, on the heels of strong economic growth, burgeoning industrial activity, and rapid urbanization, China has become the world’s largest consumer of energy overall. In terms of oil consumption alone, China lags behind only one nation: the United States.

It’s unlikely that China will relinquish its category-topping status anytime soon. Oil consumption is not forecast to ease, especially as the escalating rate of car sales continues to boost the demand for gasoline. In addition, China is promoting the use of liquefied natural gas (LNG) for public transportation and trucks, in an attempt to manage emissions.
Obviously, China would like to close the gap between domestic needs and domestic supply – and lessen its dependence on imports – but it can’t pin its hopes on conventional resources for that. Consider that early in 2016, Chinese oil production was off by as much as 5 percent on a month-over-month basis, although much of that was due to low commodity prices. Or that in April 2016, OPEC lowered its annual forecast for China’s oil production by 90,000 barrels per day, down to a daily average of 4.23 million barrels (which is slightly less than a third of its daily consumption). And even though oil prices have rebounded somewhat during the last year, China’s production is still forecast to fall by as much as 7 percent in 2017. In this case, the decline is more closely tied to the maturing of China’s oilfields than it is to the price environment.
To make up for some of the shortfall and reduce imports by the end of the decade, China is looking to successfully commercialize its vast unconventional and deep water resource base. The nation sits on what is arguably the world’s largest shale gas reserves: United States Energy Information Administration (EIA) estimates China’s total shale gas reserves at 1115 trillion cubic feet (tcf) and 32 billion barrels of tight (shale) oil (bbo) at the end of 2015. As a point of comparison, the United States held just 622 tcf of shale gas and 78 bbo of shale oil at the time. Despite the enormous presumed wealth of resources, China has had difficulty overcoming geological and technical challenges to unlock its shale potential. As of 2015, a little more than 600 Chinese wells were producing about 500 million cubic feet (mcf) daily, compared to 37 billion cubic feet (bcf) produced each day by circa 1.7 million wells in the United States according to EIA statistics. Those figures certainly suggest that China has a lot of catching up to do if it hopes to come anywhere close to America’s shale gas success.
The numbers also prove that shale producers in the United States have considerable prowess in enhanced recovery, per-well productivity, and cost reduction – to the point that they’ve driven the breakeven point on some shale wells as low as $25 per barrel. Their achievements are tied mostly to three factors: using complex well treatments to more than double the recovery of oil in place, transferring knowledge about aggressive well completion designs from conventional fields to shale resources, and a 30 percent to 40 percent reduction in drilling and completion services.
It should surprise no one that Chinese oil companies want access to this kind of technology and expertise, particularly as the nation works to meet aggressive import reduction targets set forth in the last two Five Year plans. Unlocking the full potential of shale in China will also require the development of a national gas pipeline grid infrastructure, similar to that in the United States, to cost-effectively transport the produced natural gas to market, along with price deregulation to make such upstream developments economic.
And what about China’s deep water exploration, the “final frontier,” considered key to the nation’s ambitious energy self-sufficiency goals? Despite a mixed bag of exploration successes: China’s Ministry of Land and Resources (MOLAR) estimates that CNOOC’s Lingshui 17-2 field contains more than 3.5 trillion cubic feet (tcf) of resources in water depths of 4,921 feet. But deep-water drilling and production require technology and expertise that China still lacks.
Clearly, then, Sino-foreign cooperation is imperative, both onshore and offshore. But before China can begin to encourage partnerships with IOCs and foreign contractors, it needs to implement contractual, price, and fiscal reforms that will increase the economic competitiveness of investments.
Beijing’s Drive to Accelerate Domestic Exploration and Production
As a first step, Beijing has been encouraging – or, perhaps better said, directing – its big three state-owned enterprises (SOEs) to partner with foreign contractors and international oil companies (IOCs) to pioneer the exploration, development, and production of unconventional and deep water assets.
Historically, the process of securing foreign participation is a slow and often arduous affair. It begins when MOLAR awards blocks to one of the three SOEs – PetroChina, Sinopec, or CNOOC. The SOE then obtains approval from the National Reform and Development Commission (NDRC) to open the block to foreign cooperation. Once NDRC gives the green light, SOEs and foreign partners negotiate Production Sharing Contracts (PSC) that need Ministry of Commerce (MOFCOM) approval prior to going into effect.
Since 2011, however, MOLAR has been entertaining joint Sino-foreign bids. That is a clear indication of Beijing’s desire to fast-track unconventional and deep-water developments in order to help minimize imports and enhance security of supply.
Under the traditional PSC structure, which has been in place since the early 1980s, foreign contractors get the right to explore for oil and gas; they receive a percentage of the production in exchange for their commitment of funds, technology, and expertise. The foreign contractor typically bears the exploration risk and financial burden with cost recovery permitted during the production phase.
But while the traditional PSC model worked well for conventional oil and gas developments, its prescribed features and obligations are less suited for attracting foreign partners in the unconventional space.

Reforms Needed to Incentivize Foreign Cooperation
For one thing, those fields require more complex – and often proprietary – E&P technology and processes. Foreign companies considering joint development in China are justifiably concerned about whether collaboration with China will compromise their proprietary technology and intellectual property – and cost them their competitive edge as a result. For some IOCs, partnering with China makes sense only under assurances that limit the loss of intellectual property and reduce the risk of other financial or contractual exposure.
The length of the traditional Chinese PSC is also a potential roadblock to foreign investment in unconventional projects. It is customary for a PSC term to be 20 years with an extension of as many as 30 years, depending upon project scale. However, when it comes to unconventional resources, foreign partners are looking to optimize the field’s estimated ultimate recovery potential. And that means having access to the resource base through the end of field life. In a competitive investment climate, where corporations are forging strategic alliances with national oil companies (NOCs) globally, the organizational resources, technology, and capital will flow to countries offering the lowest investment risk an
d highest economic reward. Under the current structure in China, IOCs risk losing contractual rights after 20 years, while the SOEs continue to benefit into the future.

To stay in the game, China needs to reform its PSC terms or risk losing foreign investment to countries offering access to legacy opportunities. That means not only providing longer production periods with no relinquishment obligations, but also giving its foreign partners the rights to participate in other hydrocarbons discovered in the broader contract area through to the end of field life.
China has also been slow in deregulating natural gas prices, and this has made it more difficult to attract upstream developers. Prior to 2002, gas was available for $2 to $3 per mcf, significantly lower than alternative fuels. In 2002, China made the first adjustment that took alternative fuel price into consideration and added a purification fee to the wellhead price. Some five years later, NDRC raised the domestic gas price to industrial users by 35 percent; in 2010, it adjusted gas prices further. That move merged two gas price grades into the same pricing mechanism, increased onshore natural gas wellhead prices by 25 percent, and raised pipeline tariffs by five percent. It was not until 2011 that China rolled out the Guangdong and Guangxi Price reform pilot arrangement, switching from the traditional cost-plus to a netback value approach consistent with international standards.
But to compete more successfully for foreign investment, China needs to accelerate its journey to a fully deregulated price with the complete value of the gas netting back to the upstream company.
Of course, expedited development of a currently lacking national pipeline infrastructure grid is a prerequisite to economically commercializing existing resources and introducing new resources to market. Open access to this pipeline infrastructure on standard terms, much like the Henry Hub model in the United States, is essential. As the Chinese economy shifts from industry-driven to consumer-driven, new cities rise, and a wired-in middle class emerges, the market share of LNG, natural gas, and renewables are likely to increase. At the same time, though, plans for the construction of pipelines and processing facilities may become more tenuous and difficult to realize. The degree to which China’s energy goals can be achieved depends upon a variety of economic, political, and technological variables falling into place.
Opportunities in Other Asset Classes
In addition to shale gas and deep water, the next wave of incremental production is likely to come from two other asset classes: heavy oil and sour gas.
Heavy oil: China’s heavy oil resource base is now estimated to be approximately 25 percent of the country’s total crude oil resource, exceeding 20 billion barrels of oil in place, mainly located in Liaohe, Tarim, and Junggar basins. More than five billion barrels are deemed recoverable, but enhanced oil recovery techniques and technology – including steam and polymer flooding, hydraulic fracturing, and CO2 injection – are now required to overcome output declines. Foreign involvement is already playing a part, accelerating both drilling and extraction. Construction of storage and processing infrastructure is further facilitating heavy oil developments.
Sour gas: South and Central China have abundant sour gas reservoirs with promising development prospects. The key challenges in the development and operation of a sour gas development are ensuring the process safety, maintaining the integrity of the asset, and, most importantly, guaranteeing the safety of the personnel working and living around the developments. Considerable attention needs to be devoted to the dangers of hydrogen sulfide during drilling, completion, development, work-over operations, processing and transportation due to its toxicity. Because IOCs have well-established standards for wellsite safe operations and production, foreign cooperation is essential.
Going Fast, Going Far?
Despite the ambitions of China’s Five Year Plans, Beijing has yet to set in motion the kind of remarkable transformation seen in the United States energy landscape. In that regard, China trails America by 10 years or more.
But as history has repeatedly shown, China has the capacity to martial its strengths and conquer challenges, leaving doubters in the dust. Although the nation’s one-party system has its drawbacks, it also provides a means for streamlining the implementation of new laws and making regulatory changes seemingly overnight. This ability to leap-frog hurdles that stymie other nations means that Beijing could close the 10-year gap in five years or less.
As the proverb says, “If you want to go fast, go alone. If you want to go far, go together.”
It appears that Beijing is uniquely equipped to go fast if they have the desire to do so. And with foreign cooperation, they could certainly go far toward meeting their immense energy needs.