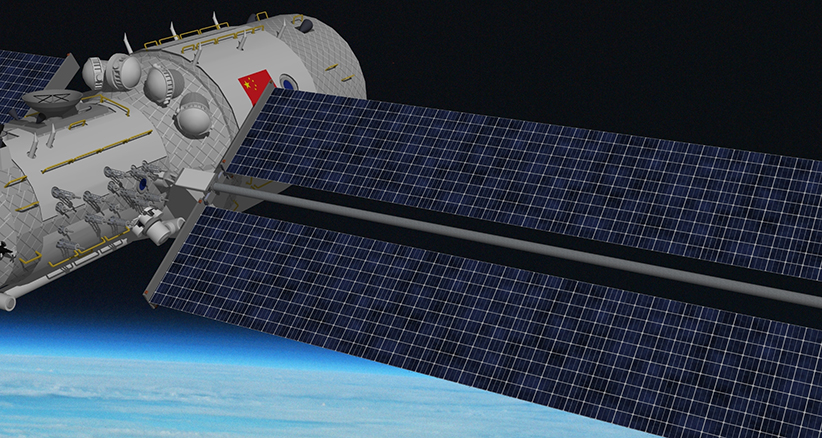 China’s space program has historically lagged behind that of its US and Russian counterparts, however, with the launch of the first module of its new space station, China has taken a major step in securing its place as a leader in the new global space race

With the launch of the first module of its planned space station, China’s space program has taken a giant leap forward, and with the prospect of a permanent foothold in space now in sight, it stands the chance of reaping many benefits previously only available to the United States and Russia, not least of which being the perception of China as an international technology leader.

The module, named Tianhe, meaning ‘Harmony of the Heavens’, is the largest spacecraft so far built and launched by China and will act as the central portion of the planned Chinese Space Station (CSS), to be named Tiangong, or ‘Heavenly Palace’. More than 10 more launches will be needed to get all parts of the station into space, and according to the current schedule, it is planned to be operational in 2023. It will be only the third modular space station ever created by human beings, following Russia’s Mir space station and the International Space Station (ISS).

The CSS, when fully built, will be around 20% of the size of the ISS but, unlike its NASA-led counterpart, it is not funded by any international cost-sharing and is fully supported by the Chinese government. This individualist approach, no doubt spurred on by the 2011 Wolf Amendment that prohibits NASA from cooperating with Chinese counterparts in space-related activities, is a key part of the seeming decoupling of China and the West in general, and with the United States in particular.

China’s go-it-alone approach in space extends beyond tensions with the US. China has not entered into any working agreements with other national space programs, but Beijing has indicated it will be offering research spots to people from other countries. Also in March, China and Russia announced an agreement to build a lunar research base. Beijing’s insistence on its current individualistic path could provide a windfall opportunity come 2024 when the ISS is scheduled to be “de-orbited”. If China’s space station is operational by them, it will be, at least for a time, the only manned space facility.

As well as extra diplomatic leverage, having exclusive access to outer space would put China in a position of serious advantage when it comes to research development, strategic military placement and easier access to potential natural resources, such as on asteroids, the Moon and even Mars.

Given the potential opportunities, China is likely to continue to boost its space budget, but parity with the US is still a long way off. Beijing has reported that it spent $8.9bn on the manned space program in 2020 while the US government is spending around $48bn per year, a large portion of which is funneled through private enterprise. Both the US government and NASA use Elon Musk’s SpaceX for shuttle launches and re-supply missions to the ISS. In contrast to the US, the Chinese government retains full control of the country’s space program.

SpaceX and Jeff Bezos’ Amazon, among others, are seeking to further utilize space travel to their advantage with the development of Satellite Internet infrastructure. China too, will enter this market with a newly opened state-owned enterprise (SOE), the China Satellite Network Group.

With telecommunications advances, the potential of space mineral mining, increased military capabilities and even the prospect of settlements on the Moon and Mars, this launch has made it clear that China is determined to be a major player in the next phase of the space race.