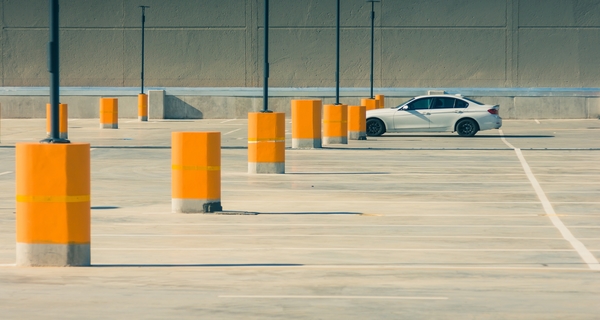 After years of consistent growth, the wheels are beginning to creak on the world’s largest car market.

The three months from June to September of 2018 were the worst quarter in a decade for China’s auto industry, according to the latest figures from the government-backed China Association of Automobile Manufacturers (CAAM).

Wholesale delivery of passenger vehicles fell 7.7% year-on-year (y/y) during the quarter, dragged down by a crippling 12% decline in September. The situation was even worse in China’s showrooms, with sales down 9.1% in the quarter compared with a year ago. Dealerships are now looking for spaces to park their growing inventories.

This is a U-turn compared to the roaring growth enjoyed in recent years. In the years from 2008-17, year-on-year passenger vehicle sales rose at an average of 14%, according to data from Statista.

China’s auto industry, along with other key sectors, is suffering from the gloomy atmosphere lingering over the country’s economy. Last week, official data said China’s gross domestic product grew 6.5% in the third quarter, the lowest figure in a decade, all but confirming the feeling of many that the next few months are going to present challenges. Signals of strain are flashing across the board, from cooling house prices to a sinking currency and plunging stock markets.

“The automotive industry has been a driver of China’s economic growth for years. Now it is pulling back,” said Xu Haidong, assistant secretary general at CAAM, said late last month.

Many see this bumpy patch stretching out until year end, with the risk that sales growth will even turn negative for the first time in twenty years. If this happens, market confidence could plunge.

“It’s very alarming and is even causing panic among some automakers and suppliers,” Yale Zhang, head of Shanghai-based consultancy Automotive Foresight, told Reuters. “That’s because the market has been growing non-stop every year for more than twenty years, and those companies make plans based on growth.”

A general sense of caution may well be weighing on the minds of prospective car owners. One of the most popular – and expensive – vehicle types among Chinese buyers in past years, SUVs, are struggling the hardest, according to the CAAM. Sales of SUVs were down 7.8% in 3Q18 compared with a year before, removing a large chunk from China’s traditional auto demand.

Car prices are yet to take a dive in response to the weaker demand, but this could be just round the corner, according to Jing Yang, auto industry analyst at ratings agency Fitch.

“In early stage of downward car price trends, consumers will wait and see if more price cuts/discounts would be offered,” Jing told China Economic Review. “So historically brands tend not to cut MSRP (Manufacturer’s Suggested Retail Price) sharply, as anticipation of further price cuts will worsen the sales in the short run.”

The auto industry is also feeling the effects of Beijing’s crackdown on consumer lending. Online and peer-to-peer lending platforms have grown to be a key source of new-vehicle loans in China in recent years. Investment bank Sanford C. Bernstein estimates that around one-in-ten Chinese P2P borrowers in 2017 were car buyers, many of them young, which made up 9% of new car sales last year. Other analysts’ estimates put the contribution at up to 15%.

The central government’s no-tolerance campaign to rein in the relatively under-regulated P2P market decimated the number of lenders, pushing auto loans in June down almost 30% from a year earlier, according to P2P data-tracking site wdjz.com.

While the sector as a whole appears to be entering a rough patch, some groups are expanding their market share. French, American and domestic brands have lost ground with double-digit declines to Japanese and German car brands, which saw strong quarterly sales growth after flooding into China on the back of Beijing’s decision to slash auto tariffs this summer.

These high-end vehicle segments have also benefitted from the slowdown being more confined to China’s smaller third- and fourth-tier cities, where mean incomes are lower and buyers will more readily look for affordable, local alternatives, according to Fitch

With the exception of Beijing Benz, BrillianceBMW and GAC-Honda, all major joint-ventures posted lower Q3 sales from a year before. Other Chinese companies such as Chang’an Group – one of China’s ‘big five’ automakers – were badly hurt by their partner Ford’s 60% decline in the quarter.

US car companies are particularly vulnerable to any losses of momentum in the industry. In August, American cars and motorcycles were subject to fresh 25% levies as part of a $16 billion package of tit-for-tat tariffs imposed by Beijing. Ford has said this week that it plans to taper production in the next quarter to keep costs in line with weaker demand. GM, facing a steady stream of obstacles this year, posted a 15% quarterly drop in its China sales from a year ago.

As for when the decline will bottom-out, analysts are wary of speculating. “It’s hard to say, depending on the economic outlook and if the Chinese government will introduce consumption stimulus policies next year,” said Jing at Fitch. “1H19 is likely to be very difficult for the industry, while recovery could take place in 2H19 due to low-base-effect and a higher chance of policy support.”