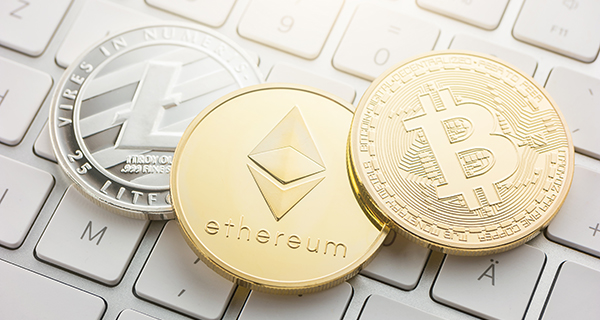 By Max and Daan de Jonge

The advent of blockchain-based digital currencies has presented monetary policy-makers with a multi-faceted challenge which can serve to either undermine their reach, or enhance it to unknown heights. This is especially true for China, where the outlawing of most digital currency activity occurs in tandem with state-driven research on the underlying technology for an eventual state-backed digital currency.

As things stand, China is set to roll-out a Central Bank Digital Currency (CBDC) that will grant the People’s Bank of China (PBoC) unprecedented economic data and reformed monetary policy tools. They can expect little to no domestic competition due to the PRC’s regulatory actions against private digital currencies.

Although digital currencies have been around since 1990, their relevance to policy makers has expanded exponentially due to the application of Distributed Ledger Technology (DLT, a form of which is blockchain) in 2009 with Bitcoin. DLT provides a digital currency with much greater security and practically removes the possibility of counterfeiting.

DLT-based digital currencies – often referred to as cryptocurrencies – bring the efficiency of the traditional monetary system into question. On a digital currency platform transactions occur instantaneously cross-border, and allows for a cheaper and more efficient infrastructure to function.

The regulatory approaches to dealing with digital currencies varies wildly, ranging from complete bans in some countries to full support in others, with most states standing in-between these extremes. This wide range of stances on the harms and benefits of digital currency is likely due to the many forms it can take.

There are currently more than 2,000 cryptocurrencies on the market, with a multitude of focuses. Monero focuses primarily on maintaining the privacy of its users, Ripple focuses on enhancing bank-to-bank transaction efficiency, and Tether and Binance Coin focus on making the market for cryptocurrency speculation more accessible.

The unifying factor in all DLT-based digital currencies, however, is that they are inherently decentralized. Although the extent of this decentralization is a topic of particular relevance to China’s engagement with digital currency, even the most ‘centralized’ DLT-based digital currencies have more than one ‘node’ through which the currency is ‘validated.’ Aside from a minimal fraction of cryptocurrencies designed to be tied to traditional currency value at specific ratios, they have no value-anchoring mechanism and cannot alter their unitary value.

The fact that there is no control over the currency, and that a government can exercise no authority over it more so than any other individual is the primary cause of concern amongst some states as illicit activity facilitated through its use cannot be regulated as easily as with traditional currencies. There have further been many concerns over the financial risk brought by the speculation of cryptocurrencies given their past value fluctuation and fraud-pronemethod of receiving funding.

Cryptocurrencies allow transactions to occur in a system where there is no need to place trust in traditional financial institutions, nor any need to wait for authorization of transactions. A CBDC – on the other hand – is designed to operate in a much more centralized fashion. Alongside the explosive amount of cryptocurrency growth in the past years, state-backed research on CBDCs and DLT has seen equally significant growth. There are currently more than 90 central banks actively researching CBDC technology. Amongst these, Sweden’s Riksbank and China’s PBoC are world leaders in this research. China in particular has gone From being one of world’s biggest unregulated cryptocurrency markets to one of  the most innovative researchers for regulated digital currencies in the form of their planned CBDC.

Although the introduction of a CBDC is likely to increase the efficiency of national monetary infrastructure, thereby the domestic economy as a whole, supporters of cryptocurrency often criticize CBDC projects for their deviation from the movement toward monetary decentralization.

Government edict on the matter of digital currency can provide telling insight about what a state wants to achieve. We find that a state has a concrete ‘digital currency policy’ at the point where they are actively pursuing a goal they have with regard to digital currency. In the case of the PRC, their digital currency policy, as determined by their legislative action in conjunction with their state-backed research, is the active removal of domestic competition for their own CBDC, and thereby the maintaining of RMB’s legal status.

Although former People’s Bank of China (PBoC) chief Zhou Xiaochuan has made it clear he believes paper money will eventually be replaced by digital currency due to its greater security and lower cost of relevant financial infrastructure, the economic governance of China has demonstrated a complete rejection of cryptocurrency as a valid monetary instrument.The PRC’s regulations alongside their research highlight a pattern of banning domestic use of uncontrollable technology and introducing a state-backed version which expands upon the outlawed form in which this new technology was introduced.

China’s first regulation against digital currencies was enacted on December 5th, 2013, largely focusing on limiting services related to Bitcoin provided by commercial banks. Although Bitcoin was the only named target, the fact that it had more than 87% market dominance suggests that the PRC was not expecting the explosive expansion of other cryptocurrencies and aimed to reduce cryptocurrency activity as a whole, not just that of Bitcoin.

However, with a gradual increase in cryptocurrency popularity over the following years, the legislative action China had taken proved to be ineffective in the achievement of their goal. By the end of 2016, RMB-to-Bitcoin swaps still made up more than 95% of global Bitcoin purchases.

In 2017, there was a renewed effort to reduce cryptocurrency activity, although this was aimed more at population-wide use than merely use in financial speculation and trading. By the 5th of February 2018, cryptocurrency mining (specifically of those using the Proof-of-Work consensus mechanism) was being actively discouraged and the advertisement of cryptocurrency activity or platforms had become an offence by penalty of arrest. Investment platforms related to cryptocurrency were also banned.

Methods for bypassing the internet-wide ban of cryptocurrency speculation platforms still exist, such as through the utilization of Virtual Private Networks. The fact remains, however, that the regulations imposed by the PRC serve to increase the difficulty with which its citizens can access such platforms, and are thereby likely to actualize the reduction of cryptocurrency activity as desired by the PRC. The end-result, should the regulations prove to be successful, is that a government-backed currency is likely to see little to no domestic challenge of legitimacy.

This change in regulatory targeting toward a population-wide scope went hand-in-hand with the start of official state-backed digital currency research.

The PRC has seen substantial research on DLT and digital currency since 2017. On top of the opening of the Digital Currency Research Institute (DCRI) as an institution tied to the PBoC, and the announcement of financial technology (particularly AI and blockchain) research collaborations from the PRC’s big four state owned banks, the private sector also saw a significant interest in this research.

According to the World Intellectual Property Organization, China was home to more than half of worldwide blockchain patents in 2017. From 2012 to 2017, six of the top nine organizations filing for blockchain patents were based in mainland China. The private sector’s research into blockchain has a wide array of projects and potential use, such as increasing the reliability of supply chains, shown by Walmart in China’s pork industry and ZhongAn with China’s poultry industry.

It is clear that not only is China interested in the technology, but they are actively looking to create and introduce a CBDC, the price-value of which would be tied to the RMB on a 1-to-1 basis. The PBoC has already successfully conducted a test for the digital notes platform upon which this digital currency will be based. The PBoC and relevant officials have conveyed a variety of aims for their digital currency, Digital Currency Electronic Payment (DCEP), which can be categorized into five major objectives:

To that end, the Chinese economic leadership wants DCEP to fill the role of a cash replacement that uses the existing financial infrastructure and ensures controllable anonymity, whereby users can choose to be anonymous to everyone but the state. Given the already developed state of digital payment infrastructure and usage in China and the rapid rate of its adoption, the introduction of a DCEP is seen to be viable as it does not significantly alter the manner in which payments are made while increasing the efficiency of the infrastructure in which these payments are made.

All of these objectives allow for a substantial enhancement of state authority and their supervision of monetary operation. The introduction of DCEP can provide an unprecedented increase in economic data collection such that every single transaction that occurs with the use of DCEP can be tracked directly from the payer to the payee. Having overview of all units of DCEP in circulation and all transactions that occur with it gives the potential for applying machine-learning and AI technologies to monetary policy on a big data basis.

It is believed that introducing said system can maintain stable currency value through endogenous decisions on money supply. One such application of machine-learning technology for policy-making is the management of money supply on foreign currency exchanges, as evidenced by a PBoC simulation on this application yielding results significant enough for continued research. For the PBoC, the goal of such a big data-based algorithm is to maintain financial stability and enhance the PBoC’s ability to control currency circulation by providing new tools for monetary policy.