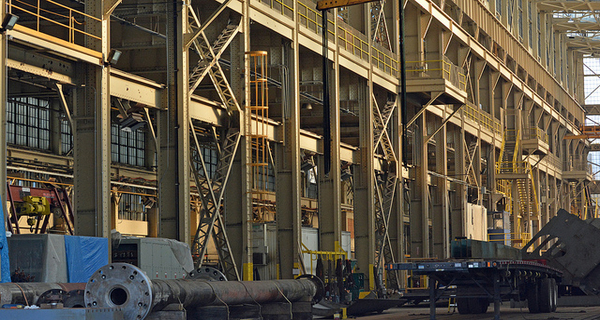 The official PMI figures for May show China’s manufacturing sector grew at a rate faster than expected, driven by stronger output and new orders.

The Purchasing Managers Index, a monthly survey conducted by China’s National Bureau of Statistics, rose 0.5 points month-on-month in May to reach 51.9. The reading is an eight-month high, comfortably above the benchmark of 50 and also well above the market estimate of 51.3.

The breakdown of the data revealed that factory output reached a six-month high of 54.1 and new orders rose 0.9 points to 53.8, reflecting growing demand in both domestic and foreign markets.

Another important component of the survey, measuring sentiment among business leaders, remained positive in May, although there was greater reporting of liquidity concerns in last three months as the wider economy feels the squeeze of tighter restrictions on financing.

As analysts at Mizuho Securities wrote, in addition to the upbeat headline index, there are also “signs of rising financing costs for manufacturing enterprises. According to the NBS spokesman, 40.1% of the enterprises surveyed saw stretched liquidity conditions in May…We believe that most of those reporting tight liquidity could be small-size enterprises.”

Medium- and large-size companies rebounded from a slow April, but May was less strong for small enterprises. According to Betty Wang of ANZ Research, small businesses “appear to remain vulnerable amid credit default concerns.” She also warned that May’s slowdown for SMEs may point to “some uncertainty down the road amid economic deleveraging”

The Caixin-Markit independent PMI, which uses data from smaller and privately-owned companies, didn’t move from April at 51.1, with weaker domestic demand being offset by overseas purchases. The two gauges differ qualitatively in over 50% of reports.

Market research firm Capital Economics acknowledged that this week’s data may give some reassurance about China’s growth momentum, though it also warned of the surveys’ recent tendency towards overstating the sector’s performance.

“Much of the hard data including trade volumes and our China Activity Proxy point to a more substantial slowdown in economic growth since the middle of last year than shown by either of the PMIs,” wrote senior China analyst Julian Evans-Pritchard in a note.