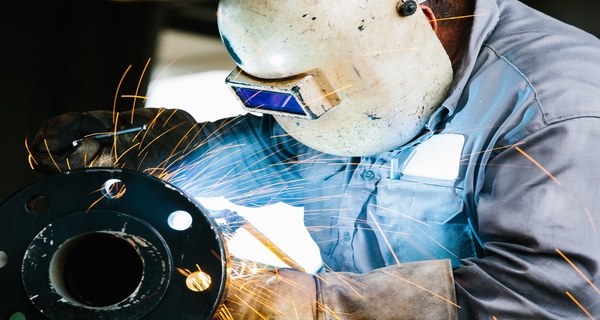 China’s official manufacturing PMI fell to 51.5 in June, down from 51.9 the previous month, compounding fears that a slowdown may be looming for the Chinese economy in the second half of the year.

The data, published by the National Bureau of Statistics, came in just shy of the 51.6 consensus given by a Reuters poll but is still well above the neutral 50 benchmark, which denotes neither contractionary nor expansionary activity in the sector. For the quarter as a whole, the manufacturing index stands at 51.6, mainly propped up by May’s stronger than expected performance.

The drop in June was broad-based, with production, new orders, exports and imports all falling month-on-month, suggesting that fears surrounding a possible trade war with the US are beginning to have an impact on the country’s manufacturers.

The Caixin manufacturing PMI, which offers an alternative to the official reading with a focus skewed toward smaller businesses, also edged down in June to 51.0 after holding steady at 51.5 in May.

The two indices both recorded a slowdown in new orders and purchases of input materials, but the Caixin reading actually showed a slight lift in production activity last month, implying that the industry was constrained by a lack of demand rather than current activity.

Both readings also indicated an increase in price levels for June, but Julian Evans-Pritchard of Capital Economics argued that this “will be of little comfort to most firms.”

“Unlike the broad-based rise in producer prices of the past couple of years, the latest pick-up is mostly due to higher oil prices,” wrote Evans-Pritchard.

While the first half of the year remained overall fairly stable for China’s manufacturing, a build-up of headwinds for the next six months will weigh heavily on the next set of data, despite recent attempts by Beijing to moderate any impact.

In addition to the threat of additional tariffs on Chinese exports going to the US, concerns have amassed regarding Beijing’s ongoing deleveraging campaign, prompting easing measures from the government such as raising the reserve requirement ratio last week to encourage lending to small- and medium-sized enterprises.

“We believe the economy has yet to bottom out and expect things to get worse in coming months before the effect from easing measures becomes visible. We expect more policy easing to be announced soon, with at least another RRR cut…before year-end,” said Nomura’s Global Markets research group in a note.