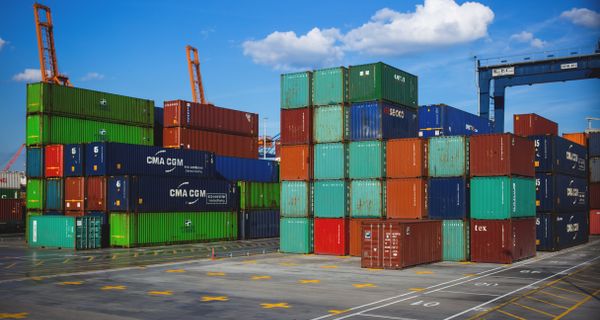 Official Chinese trade data for the month of February was released yesterday, showing a surprising surge in China’s exports and generally positive outlook for the country’s trade. This comes despite growing concerns of instability due to U.S. protectionist measures, such as the 25% and 10% tariffs imposed this morning on steel and aluminium imports respectively.

Here are the key numbers from the data:

The leap in exports came mainly from shipping to G3 countries (US, EU, and Japan), with the growth rate increasing from 9% in January to 42% in February, and to other emerging markets (Brazil, India, Russia, South Africa), which saw the biggest jump to 76% from 12% y/y.

Exports to neighbouring Asian economies (Hong Kong, South Korea, Taiwan) actually slowed down in February to 11% from 17%. By product type, much of the growth came from labor-intensive consumer goods, such as toys, footwear and furniture, suggesting solid global consumer confidence.

Analysts at UBS also attribute the export growth partly to a low base in January, and a weaker dollar which inflates the USD value of any export figures. Mizuho limited their speculation as to the driving force of the export growth, saying “we need to see more incoming data to confirm whether the upside came from an on-going strong recovery abroad.”

A deceleration in imports was expected by market analysts due to the historical distorting effect of Chinese New Year, which lands at varying times in January and February. Accordingly, imports slowed across the board, even producing a contraction of 4% from G3 countries.

Commenting on the data, ANZ Research reference production curbs in February, such as factory closures in major cities that contributed to the dampening of commodities imports.

Yesterday’s trade data may shed light on the potential impact of escalating trade tensions between the U.S. and China. China’s trade surplus with the US fell in February to $20.97 billion, from $37.58 billion in January, but remains up from this time last year.

A looming trade war is certainly a downside risk to China’s near-term trade outlook, but opinions are divided on whether the latest round of tariffs on steel and aluminium, which currently comprise only 3% of China’s exports, will create much of a disturbance.

ANZ do not hold a positive outlook in this respect, fearing Chinese retaliation: “we cannot rule out the possibility that China may retaliate by focusing on the US’ agricultural exports after the overwhelming “Two Sessions” [the annual meeting of China’s national legislature and the top political advisory body to be held in late March].”

Mizuho analysts, on the other hand, are less concerned by the potential for commodities duties, but view potential protectionist measures by the US on the basis of protecting intellectual property (IP) rights as a key source of uncertainty, noting that “advanced manufacturing now makes up 90% of China’s exports, and could be vulnerable to accusations of inadequate protection of IP rights.”

The dip in China’s FX reserves has not shaken the outlook of many market analysts. UBS expect the RMB to continue its sustained rally “given the expected dollar weakness, manageable capital outflow thanks to continued capital control, and possibly greater political pressure from US for the purpose of reducing trade deficit with China.”

Nomura view the robust Jan-Feb trade data as promising for the RMB by signalling a positive global growth outlook in 2018, “especially if the Chinese authorities manage to engineer a gradual and controlled deleveraging process to stabilise the economy.”