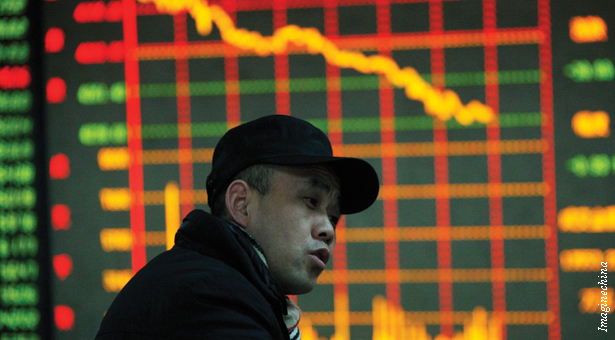 China stocks have been some of the highest profile targets for short sellers in recent year. Some of the most notable incidents involved mainland companies targeted by short selling firms Muddy Waters and later Citron Research that prompted a Chinese corporate backlash. But these public battles have so far been contained to foreign-listed Chinese companies, simply because it has been difficult or impossible to short mainland-listed stocks in the past.

With such mainland outcry against short sellers, it’s perhaps surprising that Chinese financial regulators are rapidly expanding the ability to short mainland stocks. Shorting has been possible for three years under a trial program, but the practice remained stunted because it was difficult to borrow shares in Chinese companies – a necessity when shorting stock. That changed at the end of February when the China Securities Finance Corporation launched a platform to allow such lending of shares.

As reported in the Financial Times, regulators gave 11 brokerages permission to use the platform starting on February 28 and allowed them to short a list of 90 large-cap stocks.

Since the CSFC launch the platform, the number of shorting accounts being established has picked up, although the actual volume of stock being shorted remains relatively low, sources at financial firms tell CHINA ECONOMIC REVIEW. Institutions still dominate the shorting that is being done, even though the number of accounts is now rising faster for individuals as well.

Sources at two Chinese securities firms, who are not allowed to speak to the media, say the options for shorting have risen quickly and there are now more than 300 stocks available for shorting. According to one analyst, banking, financial and mining sector stocks are the most popular prey for short sellers.

This wider ability to short is undoubtedly a step toward a more healthy equities market in the long-term. But regulators will have to prove they’re big enough for their britches if they want a healthy adoption of the tool.

Shorting gives traders one more tool to play the market and to punish underperforming companies, which is especially merited if a company is engaging in fraudulent practices, as was the case when Muddy Waters shorting Sino-Forest. Shorting also allows for traders to hedge, helping absorb any shocks to portfolios if the market shifts unexpectedly. Financial institutions will also have a new avenue for growth because they can collect fees on increased trading related to shorts.

The expansion of shorting also appears to be coming at an ideal time when the market is depressed, encouraging gradual adoption of the tool. The market for A-shares, renminbi-denominated shares that trade on mainland exchanges, had been among the worst performing in the world until a rally that began in December. The Shanghai Composite Index remains well below its heights of 2009 and 2010, much less its pre-global financial crisis high. Shorting will presumably grow more attractive if stock prices rise, allowing for a gradual uptake of the practice that is less disruptive to the market.

Despite the favorable conditions for the rollout of a shorting option, investors still have cause for worry over whether Chinese markets are ready for short-selling. Chinese companies in general are far more opaque than their Western counterparts in terms of information they must disclose, so shorting could increase the already present risk of insider trading. In addition, fraud among Chinese companies is still thought to be widespread. Short sellers could play on these fears to unduly depress the overall market, as was the case for North America-listed Chinese companies in the wake of accusations that Sino-Forest, Focus Media and others inflated company vitals.

Chinese regulators can also change the rules of shorting at any time, presenting the risk that politically connected companies could improperly exercise influence on the regulations. While traders can short a list of more than 300 companies, “this number is constantly changing, as some stocks that have significant volatilities will be removed from the list,” said one broker at a mainland securities firm. Listed companies often have close links to the government, so executives could use this influence to ask to be removed from the list if they think they are being shorted unfairly.

In these respects, China does not appear to be prepared for widespread shorting. Chinese regulators should make a clear decision on what stocks can be shorted and secure investors against short-term political meddling. They should also increase public disclosures and help stamp out fraud to avoid a possible short seller induced panic.

Shorting can be either constructive or toxic, depending on how China chooses to regulate it. The practice, even in mature markets, can be abused by inside traders and those making questionable claims to bump down the price of stocks. But short sellers can also bolster investor confidence because they have financial incentive to make sure no corporate stone goes unturned, ensuring stocks are fairly priced under the efficient market hypothesis.

At best though, shorting is merely one small means of promoting more transparent markets that would work in tandem with broader regulations. Without stricter measures to promote disclosures, shore up accounting pracitces and clamp down on insider trading, shorting alone cannot police a market potentially rife with fraud and may unnecessarily destabilize stocks.

In its current form, shorting gives the appearance of a Chinese stock market that is still in its adolescence – wanting all of the benefits of being a mature market but not yet accepting the responsibilities.