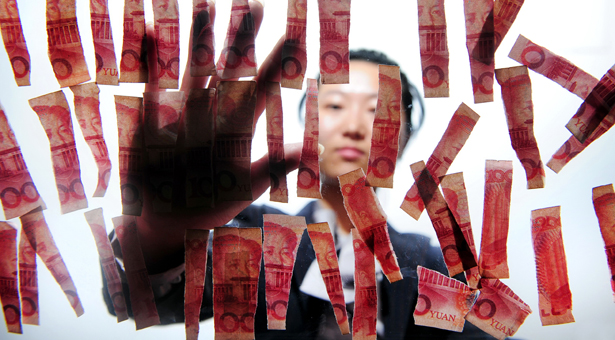 “China has been the world’s strongest economy in recent years. It should be full of hope,” Hu Zuliu, the founder and chairman of Primavera Capital Group, wrote on his microblog in August. “The rich in particular, China’s most successful people and its biggest beneficiaries, should be the most confident in China’s future. So why are they using every conceivable means to immigrate?”

A new wave of pessimism seems to be inundating China. A survey earlier this year by the Committee of 100, a non-profit organization that advocates Chinese-American cultural exchange, shows the percentage of Chinese who expect their country to be the world’s largest consumer society in 20 years fell to 39% this year from 71% in 2007. Attitudes towards China’s prospects have worsened in recent months as economic data provide stronger evidence that the country may yet fall victim to the global crisis.

This perception inevitably affects investment, and recent data show that less cash is coming into China and more is leaving. In the second quarter, China recorded its first quarterly balance of payments deficit since 1998, dragged down by a capital account deficit of US$71.4 billion.

Much of this decrease was due to an increased preference for Chinese to hold their cash in US dollars instead of renminbi, as renminbi appreciation no longer seems certain. The yuan’s appreciation against the US dollar effectively ended at the beginning of the year, and since late April it has depreciated by roughly 1% as the economy worsened.

But these outflows are not just about returns; they are also about protecting wealth. Corruption and income inequality are in sharp focus because of the leadership transition, and China’s rich may have reason to be scared about the selective application of China’s laws.

The slowing economy and the risk of inflation returning later this year are encouraging those who can get some money out of the country to do so. Chinese have become the second largest group of foreign buyers of real estate in the US behind Canadians. A survey by the Hurun Report and consultancy Bain & Co last year showed that 60% of the 960,000 Chinese with assets of more than RMB10 million (US$1.6 million) are considering emigrating or have already begun the process.

China’s super-rich own a huge proportion of the country’s wealth; the top 1% in China controls 70% of the country’s financial assets, according to a 2008 report by Boston Consulting Group. They are also best positioned to find means to circum vent the country’s tight controls on the export of capital. This presents a small but significant economic risk: If the economy worsens and China’s elite move more of their wealth abroad, that could drain liquidity from the country at a time when it needs it most.

As Patrick Chovanec, an economist and professor at Tsinghua University, pointed out at a recent event in Shanghai, the flow of money out of China is not inherently a bad thing. Instead, it could be good for China and the globe.

China has run a persistent capital and current account surplus for nearly a decade, and these massive capital inflows have contributed to the formation of asset bubbles and inflation. By investing in other countries, China can help foster economic growth that allows foreign consumers to buy Chinese products again. It could also help reverse the pernicious trade imbalances that have led the US and the EU to take on more debt than their economies can sustain.

But a sharp decrease in capital, or capital flight, is almost always very destabilizing. These dramatic outflows played an essential part in the crashes of Asian and Latin American markets in the 1990s and threaten to destabilize heavily indebted European nations today. The difference between growth-promoting investment and destabilizing capital flight is just a matter of degree.

How does one quantify the degree in China? Official data on capital flows is available only on a quarterly basis, but a monthly model by RBC Capital Markets showed in August that capital outflows had been recorded in eight of the previous 10 months. Total capital outflows reached US$168 billion in the past year, a much deeper and more persistent deficit than during the 2008-2009 global financial crisis.

This may seem small compared to China’s US$3.24 trillion foreign exchange stockpile, but there is reason to be cautious. Well-known academic Victor Shih estimates that the wealthiest 1% of households in China command wealth that is at least as large as two-thirds of forex reserves and is possibly twice its size. Moving even a portion of this wealth abroad could have a noticeable effect on the banking system.

This is because forex reserves are closely tied to bank liquidity in China. In order to keep the value of its currency stable, China’s central bank must use newly minted renminbi to buy dollars from China’s exporters. After nearly one decade of surplus in the balance of payments, the Chinese system has been flooded with liquidity. China’s M2, the broadest measure of money, is twice the size of the country’s economic output and more than four times as large as its forex reserves.

As capital inflows subside, so will the ready supply of cash that the banking system has grown used to. Data already shows growth in China’s forex reserves slowing; they expanded only US$63.6 billion in the first six months of the year, down 77% from the first half of 2011.

If this situation persists, liquidity will be siphoned out of the system just as other demands on bank capital are growing. As banks choose to roll over existing loans rather than classify them as non-performing loans, they are required to spend a greater proportion of their capital on servicing debt. Meanwhile, Beijing is calling on banks to increase their lending to stimulate the economy.

In the shorter term, these trends would likely prompt the central bank to reduce the required reserve ratios for banks, allowing more liquidity into the economy. In the longer run, however, they could cause economic growth to contract as banks see their ability to make new loans reduced. This does not necessarily mean China’s banking industry is headed for a crash, but it is no cause for confidence in China’s future.