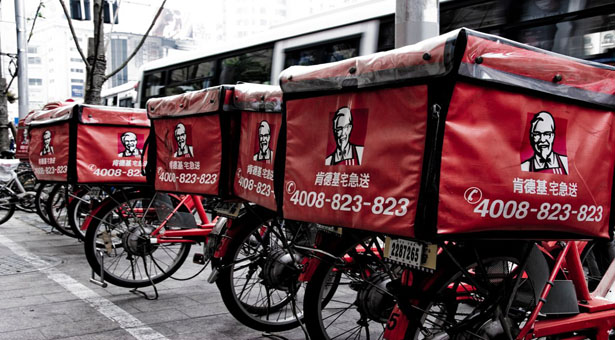 Walking through my office at lunch the other day, I noticed one of my colleagues peering over her noodles at a Sina microblog with more than 21,000 followers. She had been investigating how Chinese were sharing consumer opinions online and had stumbled on an account that featured food safety tip-offs from a community of Shanghai-based microbloggers. From cabbages sprayed with formaldehyde to restaurants using “gutter oil,” there are many reasons for Chinese to be concerned about food safety.

Echoing this concern for safety are results from a recent survey of roughly 4,000 respondents across eight cities, conducted by the Shanghai Institute for Food and Drug Safety and the East China University of Science and Technology. Roughly 70% of respondents felt that food conditions were unsafe – hardly a shock, given China’s appalling food scandals. In addition, almost 32% saw advertising as just a marketing tool that has no claim or bearing on actual quality.

Food safety concerns are high for most Chinese, regardless of age, and there is a distinct lack of trust in marketing messages. But unlike older generations who look to consumer watchdog programs on radio and TV for information, young people have taken a more collaborative, investigative approach to protecting themselves. Young Chinese have been able to gain information and organize responses to perceived dangers by communicating back and forth online.

Unlike citizen journalism movements outside of the mainland, young Chinese bloggers have a decidedly consumer-focused beat. Empowered by the internet to communicate information and organize movements anonymously, they pose a real threat to the kind of top-down communication pyramids that most brands employ.

During my almost six years here, I have noticed a tangible change in the willingness of young people to call out fault and right what they see to be wrongs. Before the Sichuan earthquake in 2008, The Bergstrom Group conducted a study about social activism and found that young people looked to celebrities and government authorities to drive the agenda. They did not feel like they had the ability to influence larger issues.

The Sichuan earthquake, a formative event for many young Chinese, seemed to change this. Many young people leapt into action and heralded a new wave of volunteerism. They bucked what the country had come to expect from Little Emperors and what they expected from themselves. Their actions allowed room for a new identity among young Chinese, one of far more confidence and leadership.

Many youth that did not actively participate in relief and community-building efforts were inspired to at least reconsider their choices as consumers. One young college student I worked with at the time had a “crisis of consumption” that inspired her to reconsider her focus on status symbols and luxury brands. “How can I think about looking for my next new bag at a time like this? It just seems so pointless,” she said.

This young woman was miles away from engaging in political action. Social activism was closer, but still at a distance. What she felt compelled and confident to change was her own consumption.

When we combine young Chinese people’s interest in consumption, emerging leadership and online savvy, a new model for power and influence emerges. This model was particularly apparent during the KFC protests of 2010, when KFC planned a flash buy promotion offering special savings on specific menu items for a limited time. But the coupons were published by third-party websites, and the supply of coupons quickly exceeded the supply of food. When KFC began to turn coupon holders away, disappointed youth went online to mobilize support.

McDonald’s was quick to jump on the opportunity, releasing a series of tongue-in-cheek online videos that were meant to align its brand with frustrated consumers. The spots were funny, showing a young man practicing tai chi in preparation to defend himself against false claims, a young woman sobbing into a phone, and a young white-collar worker venting her frustration at having wasted time photocopying useless coupons.

The event was a public relations disaster for KFC, but it was also an interesting case of young people leveraging social media to force an authority (in this case a multinational company) to respond to allegations and repair damage.

Looking to the future, Chinese youth seem likely to continue taking citizen journalism to new levels within the flexible borders of the internet, pushing the boundaries of what companies can expect from their consumers and how much individuals can impact the choices of others around them.

The rise of China’s new consumer will challenge brands, but it will also give them a unique opportunity to educate audiences and empower consumers with the tools to understand and evaluate their performance. For brands, it is time to not only understand problems but to search for solutions.

Mary Bergstrom is the founder of consultancy The Bergstrom Group and author of “All Eyes East: Lessons from the Front Lines of Marketing to China’s Youth”