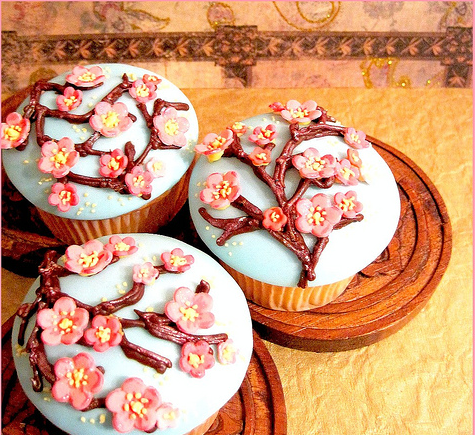 Baking up a storm

Originally from California, Asuncion has been spreading her love of bagels around Shanghai since August 2010.
“I decided to do bagels because I couldn’t find a decent one in my first six months in Shanghai. With the growing foreign population, especially Americans, I thought that it would be a good idea to start a bagel business. My expat customers think that my bagels are authentic and the best in Shanghai. They praise the chewy interior and the crispy exterior, which is what a real bagel should be like. Local customers who have eaten my bagels think they’re good, but were initially surprised at the texture and cream cheese. Not surprisingly, they enjoyed the chewy inside, which is also a characteristic of handmade dumplings. My local employees were surprised by the density of the bagels at first, but now they eat them everyday. Chinese eventually embrace a product when they see foreigners eating the product, or other locals who have gone abroad and tasted it. We’ve all seen this happen with foreign foods like coffee, donuts, croissants, pizza, sandwiches and so on. Why not bagels?”

As a child, Zhong became passionate about cooking by hanging around her grandmother’s Chinese restaurant in New York. After training under Le Cordon Bleu’s patisserie program, she opened Beijing’s only pastry school for English-speakers.
“In 2008, I was at a crossroads. I had a job as an investment banker but I wanted to have my own business. I looked hard at my own passions and thought, ‘Food is an up-and-coming trend in developing countries.’ Although I knew there wasn’t a baking tradition in China, in Beijing there was also no venue for English-speaking expats to learn about making pastries. I thought there would be a big enough market of foreigners looking to learn something about their own culture that they didn’t know before. Plus, local Chinese pastries are pretty bad, so if you don’t happen to live next to a good pastry shop you’re out of luck. I really didn’t know if it would take off, but I was open to all possibilities. I am a single mom with a seven-year-old. This can be tough, but being an entrepreneur gives me the opportunity to make my own schedule. My business could grow a lot better without my role as a single mother, but these are the sacrifices you have to make.”

Originally from the US, Suharto used to bake in order to unwind from a hard day’s work in advertising. After starting Shanghai’s only organic cupcakery, she now does it as her day job.
“Just after I moved to Shanghai two years ago, I realized it was rare to have apartments with ovens and there were not many options for baked goods. I thought there was room for OMG and definitely room for organic baked goods as there are no such bakeries in Shanghai. Personally, eating organic foods is something I try and keep to as much as I can – though living in China does make it quite difficult. Whenever I have the choice, I choose organic. Especially with the cakes I bake for children, I find that many customers want healthier options. It’s important for people to be educated about where their food comes from, and I take pride in the fact that I know the source of all my ingredients. I think that adds a lot of credibility to the market. So far, the response has been very positive. The business is growing every day, and I’m still shocked I can do this for a living. It was a pipe dream, but here I am now. I don’t think the market is saturated, I still feel like there is plenty of space to grow as a business.”

Comstock claims “cookie” was actually her first word as a baby. She came to Shanghai from the US for a marketing internship, but her plans took a turn when she missed her favorite treat so much that she started making her own.
“To me, a cookie is an extremely simple, yet comforting treat. It isn’t fancy or trendy – it’s just a cookie and you know what you’re getting (or you should!) when you bite into one. From a business standpoint, it was convenient that I couldn’t find any good cookies. At the same time, I would never have started a company selling something I didn’t absolutely love and without feeling confident that I wouldn’t get sick of it after two months. I find it hard to believe that anyone who has tried a cookie would say, ‘Eh, not for me.’ To cater to local tastes, I have introduced a ‘skinny’ chocolate chip cookie which has one-third the sugar of a regular chocolate chip cookie. This appeals both to people watching their sugar intake, and to locals who don’t like cookies that are too sweet.”

Lin, originally from Taiwan, opened Tenmu Donuts in Guangzhou three years ago. He hopes to bring Taiwan’s donut culture to the mainland by making sweet treats with Chinese characteristics.
“Guangzhou is always ignored in favor of Shanghai and Beijing by international brands coming into China – despite  the fact that it is a gourmet capital, and its consumers are fastidious about their food. This made Guangzhou the best place to test the strength of our products. Because China has 5,000 years of culture, there is a kind of deep-rooted attitude about food that is difficult to change in the short term. Catering to local tastes has become a main priority for foreign products that enter the Chinese market. Finding this balance has been our biggest challenge. To do business in China, we must conquer the taste buds of the Chinese people; the foreign population alone cannot support our operating costs. If we relied solely on that market, we would ultimately fail. With the scale of development that China has now reached, people are looking to enhance their quality of life, which is why the sweets market continues to expand.”