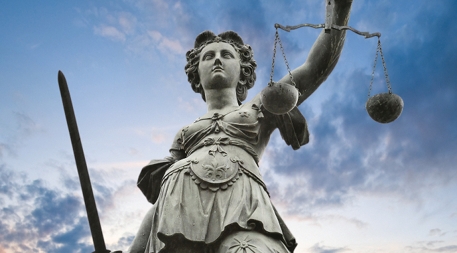 In 2007, US toymaker Mattel was forced to recall nearly 1 million toys after discovering that its Chinese contract manufacturer had cheated on product specifications and used lead paint. The ensuing media firestorm damaged Mattel as a business, but there was not much satisfaction to be had from Lee Der, the contract manufacturer in question. When the lawyers showed up at its facilities, they found that the CEO had committed suicide and the company was defunct. There was no one left to sue and few assets left to seize.

The outcome wasn’t surprising: Chinese companies already had an established tendency to evaporate as legal troubles approached. But even if Lee Der had stayed in business, it would have had little to fear from Americans bearing briefcases. Most Chinese companies that stick to wallowing in the local pond have no need to play by anything resembling US rules.

Today, another scandal is raging in the US, this time centered around US-listed Chinese companies that stand accused of falsifying their financial reports, sales records, supplier relationships, and so on. In most cases, the defendant firms listed on US exchanges through a mechanism called the reverse takeover (RTO, also known as reverse mergers or backdoor listings), which allowed them to avoid the rigorous auditing applied to initial public offerings (IPOs). The phenomenon has engendered exhaustive media coverage, an investigation by the US Securities and Exchange Commission (SEC), and a cluster of lawsuits – last year, Chinese firms were the targets of 40% of the shareholder suits filed in US courts.

This time, the firms in question are paying more dearly for their cavalier attitude toward US regulations. One of the most effective retaliatory measures has been leveraged short-selling, which is allowing a crew of ruthless finance nerds to hammer the market value of many RTO tickers. In most cases – especially for the small- and mid-cap firms that are the shorters’ target du jour – the CEOs are major shareholders in the companies and so their personal wealth is taking a hit, at least on paper. This has led some executives to try suborning auditors and issuing death threats to short-sellers.

American courts also have some leverage in punishing Chinese managers who conspire to defraud investors in the US. True, many of these robber barons (allowing that they may be unjustly accused) may never plan to set foot in the US, making it difficult to try them. On the other hand, never is a long time – what to do if the kid gets into Harvard? What if listing proceeds were plowed into a penthouse in Soho?

There is one caveat. While not all RTO firms are mere shells for holding Chinese assets, the amount of real assets these firms have left exposed to legal action in the US tends to be relatively small. And even where there are assets to attack, lawsuits must first be won. That can be surprisingly difficult, often due to rules that exempt Chinese companies from US discovery rules.

For example, shareholders who sued LDK Solar for falsifying sales figures in 2007 discovered they could not subpoena documents from LDK’s auditor, KPMG Huazhen – an entity that, although it is a subsidiary of US-based KPMG, remains a Chinese company. This enormous loophole (which applies to all foreign accounting firms) endures for now, and makes many otherwise meritorious shareholder lawsuits and product liability claims unwinnable.

Despite these protective barriers, it is impossible to conclude that the RTO scandals have been anything less than extraordinarily unpleasant for these companies’ management teams. Consider the legal threats some managers now face as individuals, the expense of defending their companies in US courts, the cost of sending new auditors back through the books to prevent de-listing, and the not-insignificant political problems caused by embarrassing central and provincial governments. Worse, if listing abroad makes for beneficial PR, getting sued off the boards may have the opposite effect.

Back to the pond?

Some Chinese CEOs are now complaining they are being unfairly tarred with a wide valuation brush. They are threatening to delist in the US and move back to exchanges where investors better “understand China.” They may have a point, but this is not the end of the affair between China and Wall Street.

The US stock markets and the Chinese economy still need each other. For Beijing to make the Shanghai Stock Exchange a genuine rival to foreign exchanges, it needs a fully convertible renminbi and significant reforms to its legal system, which currently allows officials to bend civil courts to their political or venal purposes. Both projects will take time, and the latter may never happen under the current regime.

In the meantime, foreign exchanges, especially those in the US, will retain their attraction. For many Chinese firms, the Wall Street IPO has proven a happy – and profitable – consummation, even in the face of scandal. For Wall Street’s part, attracting Chinese firms has allowed its financial services sector to cash in on the economic growth story of the 21st century.

Given the skepticism now built into investor attitudes, there is unlikely to be a repeat of the RTO scandal any time soon. Chinese reverse-merger stocks are now pariahs, and most underwriters have turned off the funding taps for all but the cleanest deals. The fly-by-night accounting firms and investment banks which facilitated listings of Chinese firms with poor corporate governance are packing their carpet bags. At the same time, the SEC, the US Financial Industry Regulatory Authority (FINRA), and the Public Company Accounting Oversight Board (PCAOB) are busy welding the regulatory barn door shut, this time with Beijing’s cooperation.

For those who hope that the globalization of Chinese enterprises will cause China to adopt international norms, the scandal over RTOs indicates a (painful) step in the right direction.