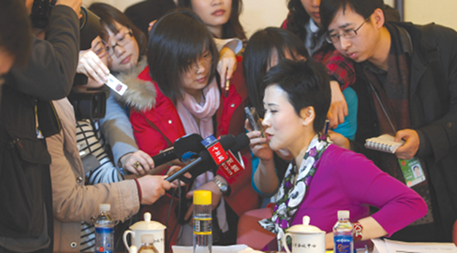 Muddy Waters hit Orient Paper in June of last year. The research firm – which identifies financial inconsistencies in Chinese companies that have listed in the US through reverse takeovers (RTOs), takes short positions on the stocks, and then makes its findings public – claimed to have found a US$30 million hole in Orient Paper’s accounts. The missing money was raised through private placements.

“We are confident that [Orient Paper] is a fraud,” Muddy Waters concluded. “Its purpose is to raise and misappropriate tens of millions of dollars.”

The research firm also alleged that the Hebei province-based maker of paper products didn’t have sufficient production capacity to generate the inventories stated in public filings and had overstated its assets, revenues and gross profit margin.

Orient Paper, which did a RTO in 2007 and upgraded to the American Stock Exchange in 2009, was trading at US$8.33 on June 28. Three days later it was down nearly 40%. As shareholder lawsuits were announced over the next couple of months, the stock took even more of a hit.

Orient Paper’s audit committee responded by commissioning an internal investigation by law firm Loeb & Loeb and Deloitte, a Big Four accountant (Orient Paper itself is audited by BDO Hong Kong). In November, the company said that no evidence was found to substantiate the allegations of misappropriation and revenue overstatement, but that the audit committee had been unable to verify production capacity due to access problems and equipment being down.

The stock recovered to US$7.22 by the end of November but it is still down 34% so far this year, despite encouraging fourth-quarter results. Depending on the credibility attached to the short-sellers’ research – Muddy Waters stands by its original findings – Orient Paper is either victim or part-cause of the massive loss in investor confidence that is weighing on many Chinese RTO stocks.

Nevertheless, the company did confront the issue – and emphasize its commitment to transparency – by launching an investigation. This is more than can be said for some US-listed Chinese firms, which often respond poorly to investor concerns, according to Drew Bernstein, partner at accounting firm Marcum Bernstein & Pinchuk and head of Orient Paper’s audit committee.

“The job of the audit committee chairman is to ensure transparency, not to defend the company – if he knows there have been illegal acts, he resigns. He has to launch an independent investigation but the chairman of a Chinese company might see it as ‘you are either with me or against me’,” Bernstein said.

“I just sit down with the chairman and ask if the allegations are true or not, and remind him that if he lies we will soon find out. The owners of these companies have grown up within the companies. Going public in the US is a complicated business, so it’s difficult for them.”

SkyPeople Fruit Juice, a Shaanxi-based producer and distributor of fruit juice concentrates, has discovered this principle, to its cost. On March 31, the company announced that profit and revenue figures for the fourth quarter of 2010 and the full year had reached record highs, yet its stock declined 19% in the next four days.

Downgrading SkyPeople to “neutral” from “buy,” Roth Capital, a US investment bank heavily involved in Chinese RTOs, noted that construction of a new production line was behind schedule while sales of kiwi fruit juice concentrate and fresh fruit – the high-end products that differentiate the company from its competitors – had fallen short of expectations.

In 2009, SkyPeople purchased Yingkou Trusty Fruits, an apple juice concentrate producer, for approximately US$3.3 million. It neglected to mention in its annual report that a company co-owned by the SkyPeople CEO and a SkyPeople director had held a 46% stake in Yingkou. SkyPeople disclosed its relationship to the party in its 2010 filing. Within two weeks, the first shareholder lawsuit had been launched.

“Our Chinese legal counsel didn’t consider them to be related-party transactions and provided a memo to that effect, but under US law you still have to disclose it,” said Spring Liu, CFO of SkyPeople. “We hired Ernst & Young to review our policies and tell us how to alter our procedures. These procedures help management and directors to think about whether they are doing related-party transactions.”

SkyPeople has already held conference calls to explain its position and plans a non-deal road show in May in order to further reassure investors.

This transparency-first approach is the mainstay of most investor relations executives’ strategies for countering attacks by short-sellers. In addition to providing detailed information to refute any allegations, companies need to open up their operations, allowing investors to visit production facilities and talk to suppliers, distributors and customers.

“We’ve had clients who received suggestions from investors as to how they can provide greater confidence in their financial statements. In some cases, the firms have been slow to respond and waited until there was a real crisis before taking it seriously,” said Crocker Coulson, president of CCG Investor Relations, a US firm that has worked with around 70 Chinese RTOs in the last five years, including Orient Paper.

“By the time you are in the midst of a crisis it’s much more difficult to do things like change auditors. There is more scrutiny and higher risk calculations. It would help if Chinese companies were more proactive in responding to concerns.”

A credible auditor, one that is well known to investors but also has sufficient resources to audit Chinese companies, is a must. So is an English-speaking CFO, who has experience with both US accounting standards and US investors. Management must also be prepared to invest in software that enables it to develop better financial forecasting capabilities and increase the capacity of the internal accounting staff, which may only be well versed in Chinese auditing.

“Part of the learning curve is getting management to realize that they must make a serious investment in qualified people – and these people tend to be ex
pensive,” Coulson said.

In terms of corporate governance, Chinese RTOs must move away from the structure that has usually served them well since their inception: namely a cult-of-personality business model in which the founder serves as CEO, chairman, and major stockholder, and acts as he sees fit without checks or balance. Appointing a set of strong independent directors with relevant industry or financial expertise to ensure investor interests are protected is a good first step. Independent directors would normally lead the audit and remuneration committees.

In Chinese RTOs, there is often a sizeable external shareholder such as a private equity firm. Having these investors represented on the board also goes some way to validating the investment story.

Time to pay out

Aside from ensuring transparency and putting strong oversight systems in place, there is another way that Chinese RTOs can regain investor confidence: put their money where their mouth is.

With share prices depressed, investors would like to see companies returning capital in the form of dividend payments or share buybacks. By pursuing such actions, management teams are able to emphasize their interest in valuations, and perhaps give their stock a timely boost.

Liu admits that a buyback is one of several options being considered by SkyPeople, but believes that foreign exchange restrictions might make such a transaction difficult. Last August, the company raised about US$24 million through an equity offering and has already converted the funds into renminbi to use in upgrading production facilities.

“We can only do a buyback if we have money in our US account, and bringing it from China requires approval from the State Administration of Foreign Exchange,” Liu said. “If we try to take funds out of China [so soon after bringing them in] SAFE might think we are washing money.”

It is unclear how many companies face similar problems, but buybacks and dividend payouts have been few and far between, especially given the large number of Chinese RTOs that have seen a sharp drop in their valuations.

“Chinese management often feel that the entire reason they went public was to grow and access capital, so they may be reluctant to take these steps,” said Coulson of CCG Investor Relations.

“There is a divergence in the market between what investors would like to see and what the companies are prepared to do.”