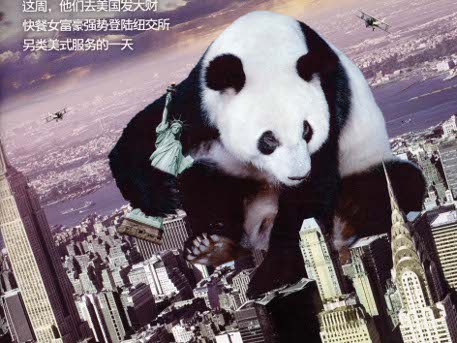 I am something that is increasingly rare these days: an American optimist. I believe that the 21st century – while it will be full of dangers and challenges for America and its allies, among whom I think we will count China – is a century that is made for the qualities that make America great. Geopolitically, culturally and socially, this is an era in which American dynamism and power will play a major role, and in which the US-China relationship can act as a stabilizing force.

Opponents of this idea, of whom there are many, argue that a clash is almost inevitable between the US, the declining or stagnant global maritime super power, and China, the rising continental power. China will inevitably try to dominate East Asia, they say; that will encourage the US to adopt a classic strategy of containment, fueling an explosive rivalry, and God help us, perhaps some kind of war. This concept haunts the strategic thinking of many people in both the US and China and around the world, including many in the military, political science departments and international affairs think tanks.

Their belief often rests on a historical analogy with the run-up to World War I, a conflict that has shaped modern geopolitical thinking perhaps more than any other. Playing the role of Germany in 1910 is the People’s Republic of China; playing the role of Great Britain is the US. Like Germany then, China is rising. Each year, its GDP increases, its technology improves, its trade expands, and its hunger for raw materials grows, bringing it more and more into conflict with the reigning hegemon. Sooner or later there will be some kind of explosion.

This did occur, of course, during World War I. But I believe the analogy between Europe in 1910 and Asia today is a false one. The difference between the two is so extreme, in fact, that this comparison should lead us to grounds for optimism, not pessimism, about the state of US-China relations and the potential for peace in Asia.

Europe on the brink of war

Looking around Germany in 1910, one sees a continent in decline. Demographically, economically, technologically and militarily, France was losing ground to Germany each year. France had lost the war of 1870 to Germany and the Napoleonic wars to a coalition in which the Germans were leading players, and it was watching its rising class of 18-year-olds – in those days of conscript armies, a country’s main determinant of future military might – fall further and further behind Germany.

To the east of Germany was Russia, a power in decline that was looking restlessly for ways to avoid weakness and irrelevance. The country had just lost a war to Japan and suffered the 1905 revolution, and the czar could feel his throne shake under him as Rasputin came to lay healing hands on his son. Meanwhile, the great power to Germany’s south-east, Austria-Hungary, was being pulled apart by national rivalries. And Italy was, well, being Italy. There had been a hope that the unification of Italy would create a new great power in Europe, but by 1910, it was all too clear that would not happen.

This strategic situation became less stable with every passing year. Sooner or later, some kind of spark would inevitably set off a conflagration in this increasingly rickety, dangerous continental configuration.

The situation in Asia today could not be more different. China is not rising alone in a continent in decline. Geopolitically speaking, it’s a mistake to simply focus on the rise of China; we must focus on the rise of Asia. Japan may have stagnated somewhat, but it cannot be compared with the disintegrating European powers at the beginning of the 20th century. Then there are Vietnam, Malaysia, Indonesia, Australia, India, which are developing new technological and economic capacities each year. The continent today more closely resembles Europe in 1815 than Europe in 1914; that is, a group of rising powers with the potential to form a stable state system that could avoid war for an extended period of time.

The geometry of Asian great power politics forms a triangle: China, Japan and India. And if any one of those powers attempts to become the hegemon of the region, the others can and will combine to block this challenge, perhaps with the support of the medium powers in the region – Australia, Malaysia and so on. In addition to that, of course, there is the offshore balancer: the United States, which would naturally try to prevent the balance from being offset.

This means the balance of power in Asia is a very sturdy thing. It would probably be impossible, and certainly very difficult, risky, and expensive, for any country in Asia to try to dominate the region in the way that Japan did in the 1930s.

In the American interest

From that stable balance of power, Asia might begin to reach higher towards a liberal international order. The system would not approach the legal complexity of the EU, and it hopefully would not do anything as stupid as adopting the euro. But it might create an arrangement in which peace in Asia would be not so much of an armed truce; rather, there would be deep understandings and demilitarization that would make this state system increasingly durable.

From a US standpoint, this future for Asia implies some limits on US power in the region. The system creates a natural balance in which the US no longer wants or needs to pursue a policy of containment. But I believe the US would be willing to forgo this power and be a partner for Asian countries which want to build that kind of order, as it has in Europe.

The EU today never listens to the US unless it wants to. We are not the America of 1945 that can give Europe orders and expect to be obeyed. But we’ve traded the power to command for something else: a shared set of objectives and views, and an orderly arrangement of interests. These days, we argue with the Europeans at the WTO, rather than sending soldiers to the European mainland every 20 years to win a war. And even when we’re in the agony of a WTO dispute, we prefer this: Our impotent rage at a Europe that will not do what we want on small things, but that in all the important ways is everything Americans have dreamed of in Europe since 1776.

Strong bilateral relations between the US and China can be the core instrument of setting the process of Asian stabilization into motion. That’s why I’m an optimist about US-China relations.

There are many threats which could interfere with the emergence of this stable, liberal Asian order. We can all think of countless ways it could go wrong, and countless hot-headed people in both societies who would like to pull things in another direction. But there remains a strong, middle-of-the-road, sensible, rational and non-utopian set of reasons for believing that strategic cooperation is in the long-term interest of both the US and China.