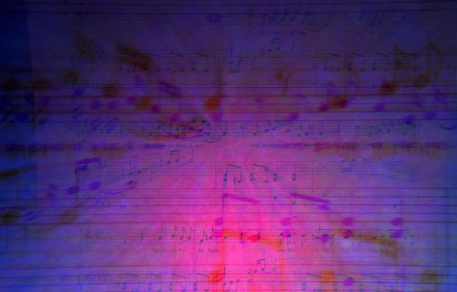 Notes from the underground

China’s music industry essentially falls into two major groups: the profitable mainstream pop world and the “alternative” or “independent” sphere (sometimes called “underground”) that normally requires its practitioners to find day-jobs. Though profits are minimal or nonexistent for those in alternative music, the sub-culture is truly thriving in China and has the potential to break out into international markets – something Chinese music has yet to achieve.

Due to well-known history and politics, rock got a late start in China. The godfather of Chinese rock, and inarguably the country’s first rock icon, was Cui Jian, nowadays known as “Old Cui.” His rock anthem “Nothing to My Name” was sung by students in Tiananmen in 1989. When a contestant on “Super Girl” sang a version of Cui’s classic almost exactly 20 years later, it was a “cultural moment” (shocking, for some) in Chinese music.

After Cui, China’s alternative music world went through a progression of “generations.” It is still considered to be in its early days, but like most other things in the country, it is developing fast.Artists do not create in a vacuum, and hence one of the first and biggest obstacles to the scene’s development was access to music. Music from outside the country was hard to come by; fans who were in the lucky minority to have foreign friends depended on them to carry in tapes or CDs; otherwise they would scour the bins of discarded discs that were imported into China wholesale.

The internet dramatically changed all of this. In the ’80s and ’90s, music fanatics were a small, self-selected clique whose friendship often centered on shared musical taste. But with the advent of the internet, Chinese musicians could suddenly access a catalogue of over 60 years of international music.

This is a major reason that I find the crop of alternative music created in China in the last decade to be of such excellent quality and so promising. Musicians in Europe or the US often grew up listening to their parents’ favorite rock bands, but Chinese musicians’ parents did not listen to rock music. So while you may find that most bands in Europe or America are quite “generational” – meaning that young musicians of similar age listen to a similar group of older, more-established musicians, this is not the case in China.

If you press today’s alternative Chinese musicians for their influences, the list of artists they offer is generally truly eclectic and unique, at least compared to their Western peers. Their influences often cross several decades, and increasingly include Chinese as well as Western artists.

The music industry was already in the doldrums when we started our music club, D-22, in 2006 and our record label, Maybe Mars, in 2007. Companies could no longer profit from selling music in any physical format, and friends and reluctant investors questioned our sanity. The entire industry was caught sleeping at the wheel. And instead of adapting to technological innovation, it tried to fight it – and then found that smarter technology companies (i.e. Apple) had figured out a way to profit from the new digital order.

In China, where people had never been in the habit of saving up to buy the latest music releases, not even Apple tried to set up shop. A whole generation of youngsters has grown up here thinking it is perfectly normal to download or stream music for free from the internet. And maybe they are right. China has perhaps the highest percentage of people in the world who are used to not paying for music. But that could give it a head start in the holy grail of the music industry: finding a new profit model for music sales.

All over the world, the focus on making a living from music has moved back to basics: live shows. Youngsters may discover their new favorite bands online, but they are still willing to pay for a ticket to see them play live. Hence the explosion in music festivals in China in recent years. Especially in China, however, large outdoor events are a minefield; many investors have discovered that the potential profits are not worth the risks and headaches. Once the dust settles, our hope is that alternative musicians will still have a new source of income and more outlets for exposure, while fans will have more options to listen to the original music being created in China’s underground.

Music as a utility

The other viable model for making profits is getting customers who nowadays download and stream free music online to pay for access to a better or more convenient database of music, perhaps one that is stored in the digital cloud. These services offer users any amount of music they want, on any device they choose. The current leader, Spotify, has given the industry hope, but profits are still minuscule compared to the pre-internet times of plenty.

The idea that seems most promising for the music industry is that, in the same way that nobody questions paying for internet access, cable television, or Netflix, customers could be convinced to pay a fixed monthly fee for access to the grand global smorgasbord of music. Music would become an entertainment “utility” to which most global citizens would subscribe, and musicians could be paid based on how often their music is chosen. This outcome may seem a long way off, but then just look at how the industry has transformed during the last decade.

Given how China’s alternative music scene is coming into its own – and no longer relies primarily on outside inspiration – I believe it’s only a matter of time before China’s fiercely creative and quickly-developing underground begins to capture global attention and tastes. The West perhaps had a head start thanks to the unique medley of world rhythms that gave birth to rock ‘n’ roll in the most diverse country on the planet: the USA.But that initial advantage cannot last forever. I have no doubt that the East will soon challenge the Western strangle-hold on the music world – and the result will be even better music for all of us.