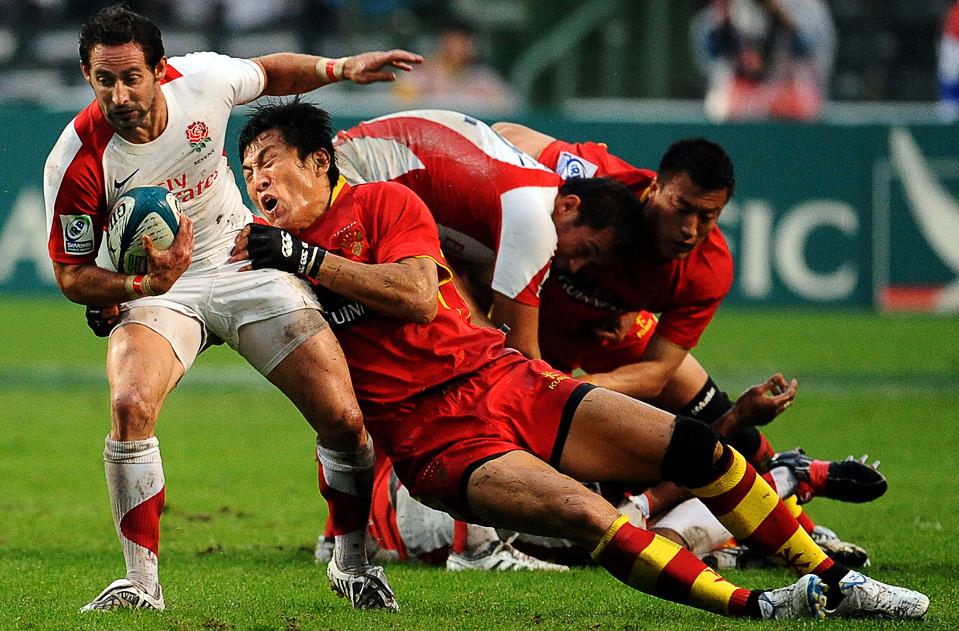 Only true aficionados of rugby would know the shirt sponsor of the Chinese national team – which is currently ranked a lowly 66th place on the  International Rugby Board’s (IRB) world rankings. But financial services firm Societe Generale, which sponsors China’s team, sees backing the sport in Asia as part of a sophisticated global marketing campaign.

The bank declined to offer details of the sponsorship deal with the China Rugby Federation (now into its second year) but sources in China’s tight-knit rugby scene say the French bank, operating in China since 1981, is spending about US$766,000. But why rugby? Raphael Niemi, who handles Societe Generale’s rugby sponsorships around the world from its Paris headquarters, argued that rugby is “more interesting” than the massively popular football in terms of shaping a corporate image.

Sports marketing experts see the bank’s sponsorship of rugby in China as a careful extension of its global marketing program. “Societe Generale has identified that rugby has a set of values that closely align to their company, so they use it as a global marketing platform,” said Greg Turner, operations director at the S2M Group, a sports marketing firm that organizes the Shanghai Sevens international rugby competition.

While rugby is less popular than other sports like tennis, Societe Generale is looking to get exposure with activities that promote “team spirit” and “conviviality,” Niemi said. At the same time, it allows the bank – which also sponsors teams from Senegal, Moldova and Hong Kong – to demonstrate its international scope.

“Rugby is a global platform for them and they have invested heavily in the sport in markets throughout the world, not just Asia. It’s natural that they should get involved here right when the sport is about to take off,” Turner said.

Despite the country’s low IRB ranking, rugby’s popularity is on the rise in China. That’s been helped by the fact that the sport will soon be associated with big medals, as rugby will join the Olympics from 2016.

Growing popularity
Jarrad Gallagher, who runs the IRB development and training programs in Asia, added that the professionalism of local referees and large audiences at last year’s Asian Games in Guangzhou are proof of rugby’s rising status.

The improved professionalism is largely thanks to the fact that in late 2010, China’s central sports bureau officially said rugby was a sport it would like to grow and develop. As such, 11 provincial and city-based elite training facilities have been opened across the country. Niemi said China’s men’s and women’s teams now have “serious chances” to be among the strongest rugby teams at the 2016 Summer Olympics in Rio de Janeiro.

He may be right. Certainly, Societe Generale isn’t the only bank hitching its wagon to rugby in Asia. Standard Chartered sponsors Korea’s national rugby team, while UBS backs Hong Kong’s teams. Credit Suisse has also been a long-time sponsor of the region’s most popular rugby event, the Hong Kong Sevens.

Still, Turner stressed that the rugby sponsorships exhibit different strategies. Standard Chartered and UBS’ rugby sponsorships in Asia are more targeted towards the region. Yet, Societe Generale and HSBC – which prefers to sponsor tournaments – seem to be backing teams and competitions around the world as more of a global marketing tool.

Meanwhile, China’s rugby players welcome all the support they can get. Training his men’s and women’s teams at an astro-turf pitch near Beijing’s Temple of Heaven, China’s chief rugby coach Zheng Hongjun has had to rely on athletes from other disciplines (two key women’s rugby players are sprinters). For the sport’s future success, Zheng hopes that rugby recruitment and training camps can be held around the country.

Hopefully, the cash from bank sponsorships will be able to stretch that far.