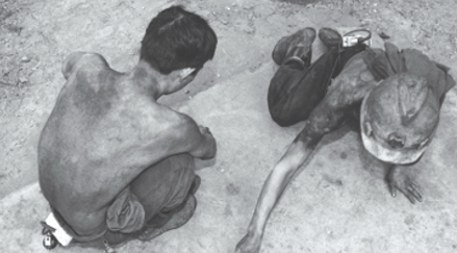 On July 5, the World Trade Organization ruled against China in a long-running dispute (filed by the US and Mexico in 2009) over raw materials exports. Despite committing to free trade in minerals when it joined the WTO in 2001, Beijing has been steadily reducing the amount of key raw materials it exports. These measures have not only included the controversial reductions in exports of strategic rare earths, but also curbs on pedestrian but equally critical materials like molybdenum, gold and phosphates.

It is with the latter that the WTO suit is concerned. However, the decision – if it is upheld – will set a precedent that would likely be used in lawsuits filed by trade partners related to the rare earths export quotas.

In addition to rare earths, China is also the world’s largest producer of cadmium, indium, gold, iron ore, lime, lead, manganese, mercury, molybdenum, phosphate, tin, tungsten and zinc. Since the global financial crisis struck, Beijing has steadily reduced exports of all of these minerals. Exports of phosphorus, for example, fell to 39,665 tons in 2010, down from 102,346 tons in 2005. The US steel industry has accused China of cutting exports of bauxite by 100,000 tons this year.

Beijing argues that the quotas are necessary for environmental protection, which is allowed under WTO rules. But the WTO found that the government was not curbing supply to domestic industries. In fact, China has been perfectly happy to export rare earths in processed forms (magnets and the like). As far as the WTO is concerned, that makes the policy economic – not environmental – protectionism. The suspicious timing of a sudden drop in rare earths exports to Japan shortly after a territorial dispute did not help Beijing’s credibility.

When it comes to the ruling’s effectiveness, time will of course be an issue. The slow pace of the WTO process – which is likely to include a Chinese appeal – means that when and if remedy arrives for China’s trade partners, it may be pointless. Beijing is already engaged in trying to slow economic growth, and less domestic demand for steel and the like will mean less need for export quotas.

But at present, Beijing is unapologetic, and is resolutely maintaining its export curbs. Trade partners can console themselves that the Chinese monopoly on rare earths is doomed. In early July, Japanese scientists discovered a submarine deposit of rare earths in international waters that would double global reserves if they can be commercially exploited. But that project is just getting started. In the meantime, the loser, once again, is the WTO.