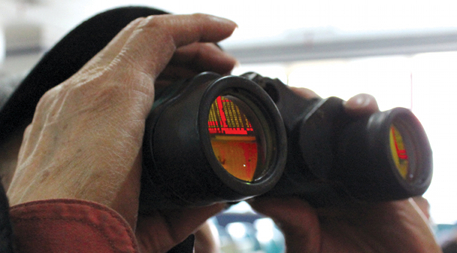 “My wife enjoyed herself in the road show, and we forgot to notice your hidden smiles. You bastards knew the market cap would reach US$2 billion, but you still set the price at US$16, or US$1.1 billion,” he wrote.

Li labeled the post “rock ‘n’ roll lyrics, sheer fiction” but the bout of trash talking that ensued was more akin to gangster rap. A self-described female Morgan Stanley employee responded to Li’s post with a tirade of insults, calling him, among other things, a despicable beggar, an immoral retard and a short-sighted bumpkin.

“A gigolo like you should take my advice,” she wrote. “Try some Viagra and do something useful, like writing a headline in the People’s Daily to challenge Morgan Stanley and Credit Suisse.”

Morgan Stanley condemned the statements and denied the woman was actually an employee; Li posted a message saying his words did not represent
Dangdang’s view, but were rather to warn Chinese executives considering IPOs.

Was there any merit to Li’s outrage over the offering price? It’s true that the market was willing to pay far more for Dangdang’s shares than the US$16 price tag set by Morgan Stanley and Credit Suisse. At the opening bell, Dangdang’s share price rocketed more than 50%. It then climbed further to close at US$29.91 on the first day of trading.

That run left almost US$240 million “on the table,” or in the hands of investors rather than the company.

Dangdang has not been the only Chinese company to see its first-day share price smash the chandelier. Online video site Youku’s stock closed 161% above its offering price, the biggest day-one increase since Baidu went public in 2005, while anti-virus software company Qihoo 360 rose 135% on its New York debut.

The rewards for the company and investors were more balanced in social network website Renren’s IPO, said Eric Jackson, founder and managing member of Ironfire Capital, a China-focused hedge fund. Renren took home more than US$850 million in proceeds, while a generous pop from the offering price meant clients of the lead underwriters, Morgan Stanley, Deutsche Bank and Credit Suisse, earned close to 50%.

There is strong evidence that investment banks systematically take companies public at a lower price than the market will bear. Researchers give various explanations for this, including banks’ need to encourage investors to reveal information during the pre-selling period and their desire to ingratiate themselves with buy-side clients. Some economists, on the other hand, consider it a market failure.

But Dangdang’s Li was right about one thing: His company’s listing was indeed underpriced – in retrospect. Banks typically aim to price a share so it will increase 10-20% between the offering and opening price. This rewards the bank’s institutional clients for the risk they take in buying shares and attracts media attention, while also padding the listing company’s balance sheet.

Despite Li’s accusations, investment banks have built-in incentives to find the right balance. Lead underwriters typically take a 7% cut of the company’s proceeds, and they can often choose to buy more shares later at the offering price through an over-allotment option, if demand for shares is sufficiently strong.

But for many of the recent Chinese offerings – IPOs by Chinese dot-coms in particular – this balance has been difficult to determine, and first-day increases have far exceeded what people in the industry see as the ideal pop. Some argue that investment banks are right to be cautious when pricing this surge of issues: The market, not the price, is irrational.

“Sometimes there’s just a superfluity of demand, and then you have to be careful. The big investment banks do care about the true value of the stock,” said Douglas Tanner, a partner in the global securities group of law firm Milbank, Tweed, Hadley and McCloy.

“If you can sell a share at US$16, but you think in your heart of hearts it’s only worth US$12 and the market will correct when better information is available, you definitely don’t want to sell the stock to your best customer at US$16,” Tanner said. “Your reputation is on the line.”

Investment banks also care about building their reputation among Chinese companies because they hope to serve more Chinese customers in the future.

One-third of the companies from China that conducted US IPOs since the beginning of 2010 had tech-related business models. If the pool is reduced to listings that raised more than $100 million, tech-related companies make up two-thirds.

“It’s very clear [that investors] don’t want to be the guy that misses out on the next Baidu,” said Michael Clendenin, founder and managing director of Shanghai-based consulting firm RedTech Advisors. The Chinese search giant was trading at nearly 80-times earnings in May, compared with only 20-times earnings for Google.

It’s a well-worn point that some of these valuations have little basis in business logic. As China Economic Review went to press in May, Dangdang’s price-to-earnings (P/E) ratio was over 1,000. That’s more than ten times the P/E ratio of Amazon, the US company to which it most commonly is compared.

But unlike Amazon, Dangdang does not dominate China’s e-commerce market. Analysts rank it fourth by market share, behind Taobao, 36
0buy.com and Amazon.cn, formerly known as Joyo.

“I don’t think Dangdang is as competitive as the CEO claimed, and I doubt it’s undervalued,” said Guo Chenggang, an internet analyst at expert network Business Connect China.

“To me, the competition with Taobao and 360buy is so strong, and 360buy has announced it won’t make a cent of net profit in next year. Dangdang really does have a risk of being wiped out in the next few years.”

“Valuation is more of an art than a science … and Dangdang’s performance could have easily gone the other way. In my opinion, they were actually pulled into the slipstream of the excitement over Youku,” said Clendenin.

The recent rush of public offerings has pulled in many Chinese companies that won’t live up to Baidu’s performance or Youku’s hype. Though the media has concentrated on a few top performers, Chinese IPOs have actually diverged widely in performance – accounting for seven of the top 10 first-day performers on US markets in 2010, but also five of the eight lowest day-one returns.

Research by Roth Capital Partners shows many small-cap Chinese companies tend to languish on US bourses. Chinese firms with a market value of more than US$1 billion generated an average return of 34.5% over the 12 months ended March 31, while those valued at between US$500 million and US$1 billion generated a return of only 8%, and those valued at US$250-500 million had a negative return of 3%.

Picking on the little guy

The weakest performers as a rule are smaller mainland players that lack a tech focus, or even a strong justification for listing. “The companies that aren’t state-owned enterprises, that aren’t high-tech companies, are generally horrible,” said Matt Tang, founder of fund management company China Insight Investment. “Why would you list in the US when one, your fees are higher; two, your investors don’t understand you as well and you have a larger language barrier; and three, you’re getting a significantly lower valuation?”

Even an association with “high-tech” or media is not enough: Investors are currently only jumping on the bandwagon for internet-focused firms.

Take Sky-Mobi and Bona Film, which posted the two worst IPO performances of 2010. At first glance, their listings seemed promising. Sky-Mobi, a mobile application company, is part of the sought-after tech sector, while Bona Film offers a rare opportunity to get exposure to the Chinese film industry. Both IPOs were underwritten by reputable investment banks. Citi was the lead underwriter for Sky-Mobi’s US$58 million IPO. Merrill Lynch and JP Morgan led Bona’s US$99.79 million offering.

Even so, investors were uninspired. Shares of Bona Film fell 22% on its first day of trading. Sky-Mobi’s shares tanked 25%, the biggest day-one drop posted by any firm listing on a US exchange since 2007, when another Chinese company called Agria sank 27% out of the gate.

Sky-Mobi executives blamed timing for the poor IPO performance. Bona Film and Sky-Mobi went public on December 9 and 10, respectively, days after shareholders filed a class-action suit against e-commerce company Mecox Lane for exaggerating its projected earnings in its IPO filing.

This argument holds little water, however. News of the lawsuit did not stop Youku from outperforming in its IPO on December 8. Natkin of Marbridge Consulting also pointed out that Renren conducted a successful IPO despite the scandal of being forced to revise first-quarter user growth figures just weeks before its offering. The head of its audit committee, Derek Palaschuk, also resigned after Longtop Financial, a company where he served as CFO, was accused of fraud.

The deciding factor in Chinese IPO performance appears at present to be whether the company can spin a good story for investors. This means finding a successful US-based company with a similar business model, as well as conveying strong growth prospects – and the Chinese internet remains one of the most compelling and easy-to-understand growth stories in the US market.

A closer look reveals that Sky-Mobi and Bona Film’s respective stories had some plot problems. Sky-Mobi had a record of rising losses, and it resembles no well-known Western model. Bona Film is part of the heavily regulated Chinese film industry, which has little in common with Hollywood.

With new Chinese IPOs flooding the market, US investors are only getting more selective. This year has already produced another prominent failure: Shares of NetQin, a developer of mobile security software, tanked 19% on its May 5 listing, the worst first-day performance so far in 2011.

There are signs that the market’s fever for even classic internet IPOs may be flagging. Shares of Jiayuan.com, the country’s biggest dating site, opened flat and then fell further on its May 11 IPO.

Clendenin of RedTech Advisors said he expects investor enthusiasm to continue for at least the next six to 12 months as big competitors like 360buy and Tudou come down the IPO pipeline, although there may be periods of instability. Eric Jackson of Ironfire Capital argues it will be at least another three years before the bubble bursts.

For Dangdang and Youku, valuations should snap back to more moderate levels in June, when lock-up periods for both companies’ shares expire, and venture capital and private equity firms begin to take profits. Many investors have begun shorting the stocks in anticipation, helping bring share prices back down to earth.

The bubble burst will be rough nevertheless. At present, no other Chinese sector appears capable of charming US investors the way the China dot-coms have done. Listings by small-cap Chinese firms with hard-to-explain business models will continue to produce lackluster returns.

When valuations correct, therefore, the US market may well lose some attraction for Chinese companies compared with other exchanges. It will also mean smaller profits for underwriters and early-stage investors.

“Those who enter the
market late will do the worst,” said Jackson, “but history shows that everyone gets hurt, period, when there is a major correction.”