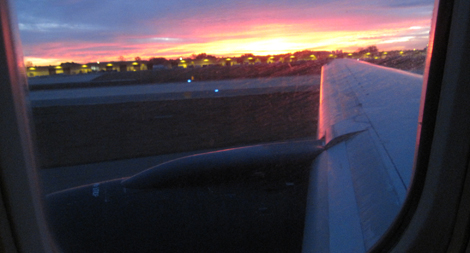 A conversation with Stephen Roach

The most heated debate among China pundits these days is whether the world’s second-largest economy is headed for a government-engineered “soft landing” or a sharp dive into the economic abyss. Third-quarter GDP figures released this week showed that economic growth slowed to 9.1% from 9.5% in the second quarter; however, other figures hinted that continued domestic demand is helping to sustain China’s economy, even as its exports to developed countries slow further. Retail sales growth accelerated to 17.7% year-on-year in September, while industrial output growth ticked up to 13.8%.

Morgan Stanley’s Stephen Roach is among the optimists; he argues that developed economies are on the brink of another recession, but has called concerns of widespread defaults among Chinese banks “overblown.” “Unless Europe totally vaporizes before our very eyes, and that is not my view, I think the likelihood of a major global shock that would prove so disruptive to the entire world economy is low,” he said in early October.

Formerly chief economist at Morgan Stanley, Roach is now a non-executive chairman at the investment bank and a lecturer at Yale University. He exchanged emails with China Economic Review in late August about China’s capacity for stimulus and efforts to rebalance its economy.

Q: What kind of fiscal and monetary policies do you expect China to implement in the event of a further global slowdown?

A: Given China’s need to tame inflation, I do not look for a new round of fiscal and/or monetary stimulus to counter this global slowdown. Only in the unlikely event that the world tips back into recession, would such actions be given serious consideration. In the event of a further global slowing which is expected to stop short of recession, I would expect a more passive response from Chinese policy makers – namely, slowing the rate of renminbi appreciation and limiting any further hikes in policy interest rates.

Q: Given the weakness in export markets, can China make significant headway on rebalancing in time to stave off serious economic problems?

A: Given China’s still strong dependence on exports and external demand, there is a certain urgency to China’s rebalancing. To the extent that urgency does not translate into immediate action – and with options limited to boost an already bloated fixed investment sector as an offset – some downside risks to Chinese economic growth could become increasingly evident in the months and quarters ahead. Again, given the build-up of inflationary pressures in China, an externally-induced cooling off could be a welcome development

Q: You’ve said that implementing a social safety net, supporting the rural economy and creating service jobs are necessary steps to boosting domestic consumption. How much progress has been made on these initiatives thus far?

A: So far, there has been more words than action on these three counts. But with the 12th Five-Year Plan having been enacted just 5 months ago, it is premature to count on immediate implementation of such complex initiatives. I hope and expect to see more explicit guidelines issued in the next six months — especially with respect to the opening up and reform of domestic Chinese services as well as expanded funding of the social safety net.

Q: A recent FT article called rebalancing a political task that “entails redistributing power from those who have benefited to date – companies, coastal regions, the military and provincial party elites – to those left behind, including consumers, migrant workers and the countryside….”  Michael Pettis has also expressed reservations about rebalancing because the process goes against entrenched interests. How large of an obstacle is this? How is this being dealt with, in your view?

A: Structural change always entails a power struggle. China is hardly alone in that regard. Look what is happening in Europe, where the peripheral economies (Greece, Ireland, and Portugal) are losing power to those in the core (Germany and France). The same is true in the US, where the Dodd-Frank legislation shifts the pendulum of power from Wall Street to Washington. China’s rebalancing will definitely run against the grain of the old model. Power is already shifting to central China – look at Bo Xilai in Chongqing. As rebalancing takes hold, similar power shifts are likely in other aspects of China – from manufacturing to services, from exporters to consumers, from the rural to an increasingly urban population base. These inevitable power shifts will require effective governance and attention to local corruption issues. I am confident that China can rise to this aspect of its challenge as well.