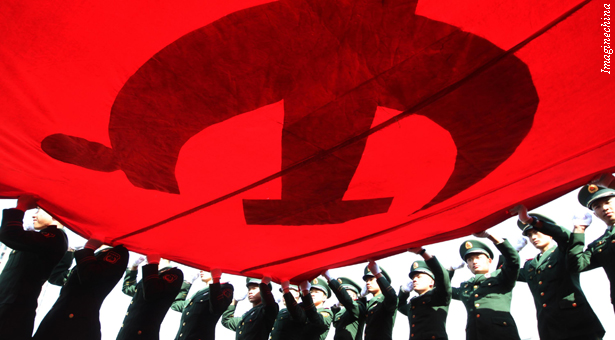 Cutting through the red tape

It’s sometimes said that China has perfected the art of bureaucracy. Perfected is a questionable description, but China certainly treats bureaucracy as an art: The country even has a genre of literature devoted to chronicling the underhanded schemes and power plays of its official class.

Many bureaucratic dramas are undoubtedly unfolding in China right now, after the State Council on Sunday presented the National People’s Congress in Beijing with sweeping reforms to streamline the central government. The plan is the biggest reduction in ministries since 1998, when Zhu Rongji overhauled the State Council, as well as the seventh restructuring of the central government since China began market reforms 30 years ago.

The State Council proposed cutting China’s cabinet-level bodies from 27 to 25, doing away with the unpopular Railway Ministry and Family Planning Commission. The Railways Ministry, which has been dogged by mounting debts and allegations of corruption, will surrender its regulatory responsibilities to the Transport Ministry and commercial operations to a new state-owned enterprise, the China Railway Corporation. The family planning commission will be incorporated into the health ministry.

These reforms are necessary; in fact, they probably should have been done a long time ago. A powerful family planning agency is little help to China’s now rapidly aging society and decreasing population. The changes pave the way for the end of the one-child policy, or at least the less rigorous enforcement of those antiquated rules. The Ministry of Railways was also a holdover of an antiquated system: China’s other ministries were required to spin off commercial operations into state-owned enterprises long ago.

The plan also merges the regulators for broadcasting and print media, elevates the food and drug administration to ministerial level, pulls together fisheries and maritime enforcement agencies and restructures the National Energy Administration. These changes are also beneficial, in that they will increase accountability, eliminate inefficiencies and prevent further bureaucratic turf wars. For example, the streamlining of the many administrative bodies with leeway to act independently in the East and South China seas will reduce the risk of an unnecessary escalation in the case of a run-in between fishermen or patrol boats of rival nations.

The State Council’s reforms are wise and necessary, but they may not go far enough. Proponents of reform discussed the possibility of more dramatic changes to the bureaucracy in the run-up to this week’s congress, but these failed to materialize.

For example, the restructuring lacked any mention of China’s sprawling and sometimes inefficient mix of financial regulators. Some pro-reform commentators urged the government to merge the separate regulators for banking, insurance and securities into one administrative bureau, in order to speed reform of China’s financial system. Others suggested the People’s Bank of China be elevated from its position under the State Council to a more independent government institution, the same rank as the Supreme People’s Court, to give the PBoC the authority to push through difficult financial reforms.

Today, the NDRC’s purview is much wider than that. Much of the NDRC’s work is coordinating local investments and development plans, meaning its scope has grown with China’s investment-heavy growth model. Earlier this month, NDRC Chairman Zhang Ping continued to defend this growth model, which many economists now say is unsustainable.

The NDRC has broad regulatory powers over all major industries, and it often cited by both economists and companies as a roadblock to efficiency and structural reform. Minxin Pei, a noted China scholar at Claremont McKenna College, told The Wall Street Journal in an interview that reducing the scope of the NDRC, especially in terms of the lengthy bureaucratic approval process of projects, “will provide more autonomy to local governments and accelerate market reform.”

He Keng, a member of the 10th and 11th NPC Standing Committee and dean of the School of Statistics at the Central University of Finance and Economics, seconded this opinion in a piece for the Global Times: “I suggest that the NDRC’s direct intervention be diluted during the restructuring of institutions. Each sector can have clear and separate economic management functions … The NDRC should return to the position of offering suggestions for the State Council on deepening reform and promoting development.”

The reforms that the State Council announced on Sunday are vital, but they may not go far enough to address China’s serious economic challenges. The absence of any reforms to the NDRC or financial regulators hints at just how diffuse the structure of power is in China. Those outside of China often view the country as a monolithic, top-down institution, with Beijing having the absolute authority. That is not the case. Instead, China’s top leaders are extraordinarily gifted politicians who use their political capital and personal connections to win the support of powerful actors across the country’s vast bureaucracy. Now those are the kinds of power plays that would make for excellent literature.