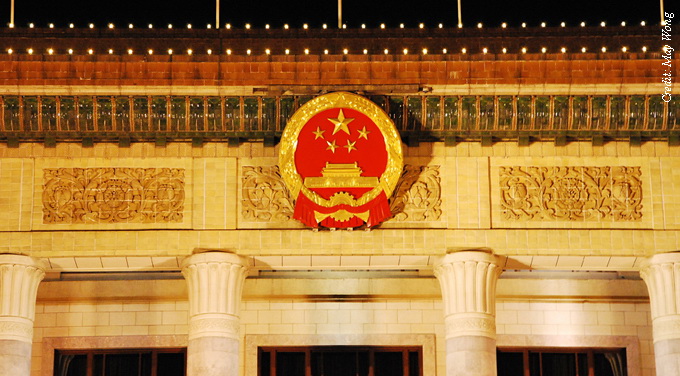 Derek Scissors is a senior research fellow in Asia economic policy in the Asian Studies Center at The Heritage Foundation in Washington, DC

Better late than never. The absence of pro-market economic reform in China is now widely recognized, if years too late. Much of the world awaits the Communist Party’s autumn plenary meetings, hoping for a restart of the process. According to General Secretary Xi Jinping, his new government will “deepen” reform. But what is packaged as reform will not be welcome outside the Party, or even recognizable.

In advance of the fall plenum, observers should understand which possible changes will have which effects. Reforms that boost competition and private ownership will be opposed by Party cadres enriched via state commercial dominance. Yet only these reforms can enhance prosperity on a sustained basis.

Other important actions, such as environmental improvement and payments to farmers, could be valuable but are not pro-market reforms. They will not invigorate the economy or help China’s national and commercial partners. The first step in evaluating Chinese reform, therefore, is recognizing what is (not) authentic. In particular, American policymakers should be aware that China changing course does not mean that it is going in a direction the U.S. likes.

“Reform” that is not change

Some policy actions may be sold as fundamental change when they are closer to attempts to minimize any shift from the status quo. The State Council’s promises to curb overcapacity, for instance, have been made for years and mean absolutely nothing.

What would be meaningful is withdrawing regulatory protection and other subsidies, at the local and national level, that enable state-owned enterprises operating in steel, aluminum, and other industries to continuously supply more than the market demands. In other words, struggling state firms must be permitted to fail. Absent this, competition is largely fake and claims of reform in this area entirely so.

A second example in this vein is innovation decrees. Most famously grouped under the notion of indigenous innovation, this also includes the designation of new “strategic” sectors that are deemed to involve advanced technology and therefore receive state support. Such support hardly constitutes pro-competition reform; rather, the state simply shifts the development path to suit its latest plan. Reform would involve less state direction of innovation.

A third set of changes is harder to evaluate but also risks being fraudulent. The Party is working to ensure that farmers receive greater compensation when land is confiscated. There have also been efforts to enhance the integrity of the land requisition process. While these initiatives may be an improvement over the status quo, they are not true reforms. Paying more cannot substitute for greater rights. The only genuine reforms in rural land are steps toward full and direct ownership by individuals.

The situation for workers is less stark but similar. Raising pensions and other compensation cannot substitute for pension portability, much less reform of the urban registration system. Reform is not mandating salary increases; it is giving workers more choices and allowing them to receive benefits determined by the labor market instead of government fiat.

“Change” that is not reform

China must have market reform to thrive but after a decade following a bad development model, it also faces other important challenges. Xi recognizes this in his all-encompassing notion of “the Chinese dream.” Almost as vague as the dream itself is one of the major means to attain it: urbanization.

Urbanization conveys increases in education, productivity, and wealth that come with moving to a city and taking advantage of greater scale. It is supposed to enable restructuring away from investment and toward consumption driven by a larger urban population. But successful urbanization is an outcome, not a policy. Actual policies to this point have seized agricultural land, immiserating farmers and invested in expanding the physical structure of cities. These neither boost wealth nor rebalance the economy.

A more concrete issue is income inequality. Chinese inequality is multifaceted and politically toxic. Redistributing wealth through anti-corruption efforts, taxing the rich, and welfare payments are partial solutions the Party may well see as necessary. However, true reform would entail permitting farmers to own land and the private sector to compete fairly with the state, making widely available wealth now siphoned off by cadres and their children.

Another substantial challenge is environmental degradation. Cleanup and regulatory limits on pollutants are entirely understandable desires, but they will not work very well if Beijing retains a bias toward investment in state-owned heavy industry. They certainly do not qualify as enhancing private ownership or opening markets to private individuals and firms (domestic and foreign).

A last area of confusion is financial. China has long needed both deleveraging (to deal with excess credit) and financial reform (to make credit allocation more efficient). However, these are distinct problems. The steps taken this past spring to check the growth of credit were prudent, but they only restricted total volume after wild growth. They did not move to commercialize the financial system by increasing the private share or enhancing creditor rights with respect to state entities.

The American track record in assessing Chinese economic policy is poor. Bilateral negotiations for World Trade Organization accession did not secure a durable Chinese commitment to the market. The U.S. failed to anticipate the statist relapse during the Hu Jintao government or the ensuing structural weakening of the Chinese economy.

A resumption of Chinese reform has global import, and the U.S. must be able to identify it correctly. There will likely be fraudulent reform announcements involving what are just new state priorities, and there will certainly be substantial changes of a populist bent. These do not indicate that China has moved in the direction the U.S. prefers. Indeed, what Beijing announces as reform might be used as an excuse not to engage in pro-market change. The first step, where the U.S. has stumbled in the past, is understanding what Beijing intends to accomplish.

Next, the U.S. should press for authentic reform. The re-launched talks on a bilateral investment treaty (BIT) are an ideal venue. A BIT would feature specific protections for American investors, but there is some room to emphasize broader concessions. Indirect pressure can be applied through the Tran
s-Pacific Partnership (TPP). Core reforms, such as those needed for a strong version of competitive neutrality, should be non-negotiable.

For reform to be as effective as possible, Washington must offer carrots as well. If China wishes to join the TPP, its eventual commitments pertaining to individual sectors can be phased in. BIT negotiations should not just protect Chinese investment in the U.S. but pave the way for it. Chinese financial reform risks acute instability. As the reserve currency country and repository for most Chinese currency reserves, the U.S. can create mechanisms that help Beijing avoid financial shocks.

The PRC’s fall reform decisions are the major global economic event of 2013. They must be interpreted correctly. A vital step is understanding that announced changes—for example, with respect to urbanization or environmental improvements—may not signify much and definitely may not constitute pro-market reform. The U.S. should push on multiple fronts for genuine reform and assist Chinese efforts to the extent possible.