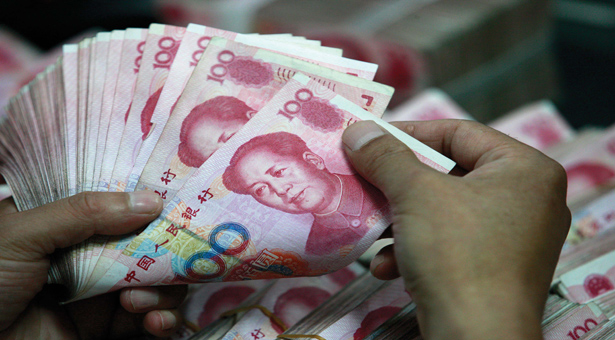 Senior Chinese officials announced a slew of reforms on June 29 targeting a special development zone in Shenzhen, harkening back to the measures Deng Xiaoping took to open the southern city to the outside world more than 30 years ago.

The new measures have put the 15-square-kilometer Qianhai Bay development zone at the forefront of plans to open the country’s capital account to foreign investment. Regulators will allow Hong Kong banks to make yuan-denominated loans directly into the zone, while mainland banks in the zone will be able to lend renminbi directly to overseas firms. (Elsewhere, approval is required on a transaction-by-transaction basis.) The US$45 billion plan for the zone also includes preferential tax rates and other measures to encourage growth in the financial services industry.

Analysts lauded the direct cross-border loans as a significant step on China’s journey toward full convertibility of the yuan into other currencies. That process began in 2009 when Beijing first allowed trade debts to be settled in renminbi and continued with gradual measures to allow that offshore renminbi to be reinvested in the mainland.

The plans for reform in Qianhai Bay are clearly part of a push to expand cross-border investment. On June 20, China’s banking regulator drastically reduced its requirements for foreign institutional investors to invest in mainland markets. Firms now only need US$500 million to apply for the Qualified Foreign Institutional Investor (QFII) program, down from US$5 billion. Once approved, those institutions can now own up to 30% stake in a single mainland stock, up from 20%, and can also invest in the interbank bond market.

The effect these reforms will have on domestic markets is likely to remain unclear until they are implemented, which may not happen until next year. Beijing could restrict which banks are allowed to operate in the development zone to soften the impact of reforms. Details on how Hong Kong banks would lend into the zone also have yet to be released.

Another question is whether institutions will rush to apply for the QFII program based on the looser restrictions. QFII quotas totaling only US$27.4 million have been given out under the program as of June, far less than the US$80 billion cap.

The high volatility and mediocre year-to-date returns of Chinese markets could fail to entice investors.  In mid-July, the Shanghai Composite Index hit its lowest level since early 2009. The outlook is also gloomy: Average profit margins for non-financial Chinese companies are expected to fall to 4% this year from 5% in 2011, according to Bank of America, likely dragging on share prices.

Beijing may have chosen now to push through reforms in an attempt to prop up markets and levels of investment. Such a seeming act of anxiety could be another signal – like the faster-than-expected cuts to the benchmark interest rates in June and July – that Beijing knows the economy is worse off than it lets on.

China’s central bank said last year that it hopes to achieve full convertibility by 2015. But progress toward that goal has been slow, and many analysts are skeptical that China’s financial system will be ready by then. China’s slowing economy appears to be forcing the government’s hand into more rapidly opening the capital account. If poor market conditions are what it takes to speed economic reforms, a dose of fear may be exactly what Beijing needs.