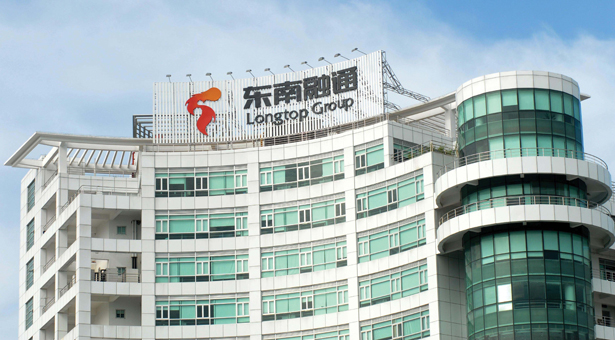 Analysts and investors rarely base their investment opinions on tangible due diligence. When was the last time an analyst cited time-lapse video surveillance of company’s production facility as a reason for investing? Very few analysts even take the time to confirm the existence of customers and suppliers. How many channel checks extend beyond simple phone calls? The reality is that most investors simply cannot afford the time and expense to conduct thorough due diligence.

Instead, investors cite several reasons why they believe intensive due diligence is unnecessary. They may say they trust the audited financials filed with regulators, or the effective oversight of US independent directors. They may cite the severe penalties company management face if they defraud investors, or say their portfolio diversification protects them from isolated cases of fraud.

These reasons make sense in very developed markets such as the US. However, the last few years have shown investors that they should be extremely skeptical of the audited financials that US-listed Chinese companies file with the US Securities & Exchange Commission.

Even “Big 4” audits have repeatedly failed to catch fraud until it was too late. Independent directors who are not based in China are often too distant or too busy with their other duties to exercise effective oversight. Chinese managers generally have no fear of punishment by US regulators. With fraud now systemic, portfolio diversification strategies fail to protect.

What are investors to do? Understandably, most have simply given up on US-listed Chinese companies.

Investors that are still attracted to the China growth story face many challenges. Consider how easy it is for management to falsify financial reports. Chinese bank employees can quickly prepare false statements to hide the existence of debt from foreign invested entities’ auditors. Liens, mortgages, security interests and guarantees are often impossible to discover. Fake asset, equity ownership, invoice and tax records are all easily filed at local tax and State Administration for Industry & Commerce (SAIC) offices. Larger companies can even file fake tax records at national tax bureaus. Recent restrictions on public access to SAIC records only make the transparency problems worse.

Falsified real estate transactions can be used to elevate the prices paid and rebate or divert the amount overpaid. All sorts of asset acquisition frauds are committed with the help of phony appraisals and payments to undisclosed related parties.

Investors would be wise to conclude that nothing in a US-listed Chinese company’s financial statements can be trusted. Finding the truth requires intense due diligence. However, as the following examples from my personal experience reveal, Chinese companies are willing to fight to the death to prevent researchers from finding the truth about their operations.

On more than one occasion, lawyers I hired were kidnapped, threatened and beaten by company-hired thugs after attempting to obtain true copies of asset ownership, tax or other financial records from the relevant government authority. Likewise, my researchers in the field attempting to photograph production facilities or perform channel checks have been kidnapped and beaten. Three of my researchers were even arrested (but never charged) on suspicion of gathering information for me by local police from the hometown of Silvercorp Metals, a company listed on the New York Stock Exchange whose financials I have publicly questioned in a series of reports (which also disclosed that I had shorted the stock).

The actions Chinese companies have taken against my researchers show just how far they will go to hide the truth. Any company with a legitimate business and real sales and earnings consistent with the amounts reported to the SEC should have nothing to fear. If a company disagrees with a negative research report, they should simply refute it. It is never acceptable for a company to use force to silence its critics.

Likewise, suing critics for “defamation” is a bad choice for legitimate companies. Defamation suits brought in the US by public companies or other public figures are frivolous unless there is evidence that the critic spoke with “actual malice,” meaning the critic knew the accusation was false. In other words, unless the critic clearly confected lies to drive the stock price down, it is not defamation.

Companies might not like the negative opinions of short sellers, but suing them into submission is an abuse of the courts and waste of shareholder money. Attempting to silence critics ultimately undermines investor confidence. Fortunately, I believe that companies are slowly learning this lesson and will refrain from such frivolous lawsuits in the future.

For example, in September 2011, critics such as myself expressed deep concerns regarding Silvercorp Metals’ business. Rather than seriously addressing the questions raised, Silvercorp spent US$4 million suing anyone (including myself) who dared to say publicly anything negative about the company, filing half a dozen complaints in three countries.

For two months, this aggressive approach appeared to work. Silvercorp’s stock rebounded almost 50%, driven almost entirely by traders covering their shorts (short interest declined over 80%). But then the failure of Silvercorp’s approach became clear as its stock began to fall again, hitting new lows despite no further criticism.

By attempting to silence all its critics, Silvercorp overreacted to the point that investors began to believe that the company must have something to hide. A Chinese idiom comes to mind, cidi wuyin sanbailiang (此地无银三百两), meaning a guilty person who gives himself away by conspicuously protesting his innocence. (The English equivalent might be “The lady doth protest too much, methinks.”)

US-listed Chinese companies (especially micro-caps) have fallen substantially over the last year. Despite the challenges of investing in China, good new investment opportunities may now be just around the corner.