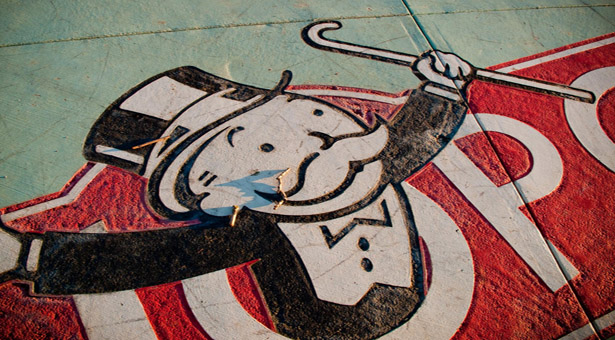 Do not pass go

On April 3, Chinese Premier Wen Jiabao gave a speech that would have been well received at any Occupy Wall Street rally:

“Frankly, our banks make profits far too easily. Why? Because a small number of major banks occupy a monopoly position, meaning one can only go to them for loans and capital.” China must “break up their monopoly” so money can get to smaller firms that need it, Wen said.

Wen’s goal of supporting small and medium enterprises is admirable: Small, private businesses are often deprived of loans in China, since banks see state-owned enterprises as more reliable, due to their implicit government backing. But his description of the system as a monopoly does not ring true.

No doubt, banking is kept on a tight leash by the central government, but China’s system of four big state banks and dozens of smaller ones does not fit the Economics 101 definition of monopoly – one seller, many buyers. The “Big Four” banks – Bank of China, China Construction Bank, Industrial and Commercial Bank of China and Agricultural Bank of China – loom over the sector but are somewhat differentiated, as indicated by their names. And China is also home to policy banks that handle government-directed spending, smaller private banks such as China Minsheng Banking and China Citic Bank, city-based banks such as Bank of Ningbo, and rural cooperative banks.

The banking system is better described as a cartel, the practice of competitors jointly agreeing to fix prices, China economist Lu Ting of Bank of America-Merrill Lynch argued in a recent note. In this case, “fixed prices” take the form of centrally mandated lending and deposit rates. China’s central bank caps deposit rates at 3.5% and sets a floor on the lending rate at 5.9% – guaranteeing that banks bring in money cheaply and pocket at least the difference between the two rates in profits.

Wen is correct that this system delivers high profits: ICBC is the most profitable bank in the world, with US$33 billion in profits in 2011. The other Big Three all earned upwards of US$19 billion last year.

Viewed as a cartel, it is clearer how the system must be reformed: The central bank needs to end the “cartel agreement” on lending and deposit rates. Merely breaking up the large banks would not change the market, since the smaller banks that took their place would still adhere to the rules.

Liberalizing deposit rates would force banks to compete for depositors, pushing up interest rates. Margins on lending would come down, giving banks incentive to go after higher-risk, higher-reward loans to small businesses to maintain profits. Liberalizing the lending floor could also lower interest rates, putting pressure on bank margins. But the impact would be more limited, as only 16-32% of loans since 2004 have been made at the floor rate, according to a report by Bank of Finland’s Institute for Economies in Transition.

Wen’s comments on “breaking up the monopoly” indicate that he supports banking reform, but he would do better to direct his calls to reform where they would lead to fundamental change. As in the board game Monopoly, China’s banks continue to pick up steady profits with every circuit around the board. But changing around the players, as Wen suggested, won’t stop this. The only way to end the cycle is to change the rules of the game.