Home Business Practice Op-ed: The five consumer groups buying fake brands in China—and what to do about them 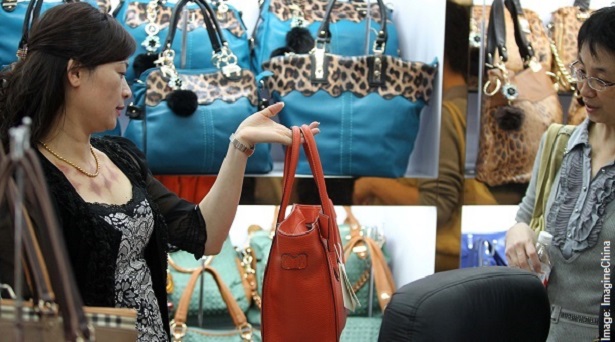 Op-ed: The five consumer groups buying fake brands in China—and what to do about them

Fake brands are still ubiquitous in China, on sale in well-known places such as the Silk Market in Beijing and the “fake market” on West Nanjing road in Shanghai. In the streets touts try to lure punters into “secret” shops, and there are countless online outlets offering shoppers “replica” products. Fake brands cost the makers of luxury and other branded products billions of dollars every year in lost sales and, more importantly, in eroded brand equity as those who are knocked-off become less attractive to consumers.

While supply-side legal action is a well-known avenue for recourse against the mainland’s notorious knock offs, as firms from Longines to Louis Vuitton well know, one can never quite catch them all. Thus we suggest that companies operating in China also take care to look more closely into what is driving demand. Knowing who buys these fakes and why can help firms get a handle on what can be done to dissuade the customers in question from doing so again.

Based on qualitative research, carried out at the University of Nottingham Ningbo China, we have identified five types of buyers of fake products on the Chinese market, each quite diverse with respect to why they buy and use fakes—and how they would react if their friends found out. The main difference lies in how group members use brands for self-expression, to signal to others and themselves who they are and what they stand for. However, it should not be forgotten that the main motive for buying fakes is their considerably lower pricing.

As a consequence, strategies to reduce sales of fakes need to be tailored to suit the nature of the buyers. To help IP makers and product manufacturers understand what they are dealing with, we have outlined the five major types of buyers—and suggested strategies for dealing with each.

These are people who think they are buying real brands but are in fact being sold fakes. This can happen in several different ways. People may get recommendations from tour guides that certain shops sell branded products at really low prices. More commonly, though, people find branded products online on sites like Taobao, Jumei, or Jingdong at very good prices and buy them believing that they are real. This is increasingly common for cosmetics, for which online sales have increased sharply, but we have also come across people who have bought imitation handbags and watches believing they were genuine products.

In most cases, the buyers come across as rather naïve, but we have also come across instances in which consumers have bought what turned out to be fake products in official retail outlets. We have had three independent reports of fakes being sold in a Ningbo outlet of one of the best known French luxury brands. Presumably, some of the staff have found a way to sell knockoffs to unsuspecting customers and pocket the difference for themselves.

These are people who are largely unaware of the brands in question and sometimes end up buying imitations without realizing it. A typical example would be a migrant worker in a low-paid job who sometimes buys her clothes and bags from street vendors. To this buyer it doesn’t matter whether the bag is labeled Armani, Amrani or Inamra as long as she can use it to carry vegetables home from the market.

These are young middle-class consumers who are well aware of brands and know exactly what they are doing when they buy fakes. Members of this group hang out with people similar to themselves and use fake brands to make fashion statements or fit in among friends. However, they are not at risk of losing face if their peers find out that they are using fakes—there is a silent understanding that “everyone does it” within the group. Since happy-go-luckies know that none of their friends can afford to buy real brands on account of their rather modest salaries, they are quite open with close friends about buying knock offs and sometimes swap tips on where to buy high-quality fakes.

For wannabes, on the other hand, being caught with a fake brand would mean a serious loss of face. These are young or early middle-age people who do not have the income to support the lifestyle they publicly purport to have. Typical of this group are young women who mix with people above their own income bracket and must buy knock-off versions of the brands their friends use. Another example comes from men who buy fake brands to impress young women, either by using them or giving them as gifts to unwitting girlfriends.

These are well-moneyed men and women who, in most cases, buy genuine branded products. Every now and then, though, they buy fake products to save money. Since everyone knows they have money, nobody suspects that some of the branded products they use aren’t the real deal. Though it appears that the people in this group mostly buy for themselves, we have also come across men who try to save money by giving their wives fake products. As with wannabes, it would be a serious embarrassment if these people’s peers were to find out that they weren’t using genuine products.

Different strategies are needed to decrease sales of fakes in these five groups. For the dupes it should mainly be a matter of educating consumers not to be taken in by offers to buy branded products cheap. (“If it sounds too good to be true, it probably is!”) This can be done with information campaigns both in physical media and through online platforms such as Weibo and Wechat – potentially in collaboration with local authorities – alerting consumers that alluringly cheap branded products could be imitations. In light of the problem of the Ningbo outlet we mentioned earlier, the companies making the brands need to make sure that customers can be certain their outlets sell genuine products.

For the insouciants, bringing down sales of fakes should be addressed on the supply side. Since this group doesn’t care about brands, they will buy whatever product best fits their needs. Thus, reducing sales of fake branded products to this group needs to be addressed by legal action against producers and retailers of knock offs.

One way to reduce demand for fakes among happy-go-luckies, meanwhile, would be to introduce attractive, branded products at prices this group can afford. This would make it possible for them to express who they are without encouraging imitators. Indeed, Samsung’s lower-tier series of the Galaxy smartphone may have done exactly this. Another approach would be using advertising or information campaigns to denigrate the practice of buying and using fakes. Who, one might ask young Chinese men and women, would trust, marry or employ a person who wears a fake Patek Philippe watch or carries a fake LV bag? Other alternatives include introducing new brands or repositioning existing ones, ideally in combination with the previous two strategies.

For both wannabes and cheapskates, the key to reducing demand is making it more likely they will get caught and lose face. One way to do this is to educate the buyers of genuine branded products on how to spot knock offs. Doing this would also provide an opportunity to highlight the superior quality of genuine product to customers and potential customers. A particularly effective medium for such efforts is the hugely popular social networking p
latform Wechat, where Chinese people interact with people they know and brands they like, and where social pull would be strong.

All of this is just to start, of course. Our research shows that social acceptance of fake brands in China is high, and it is not going to be easy to reduce the sale of fakes. However, we do believe that addressing the problem not only from the supply side, through legal action, but also from the demand side could make a difference in the effort to bring down the market share of imitation goods. That means companies need to keep in mind that the consumers who purchase fakes are real people with real – and understandable – motives for doing so. ♦