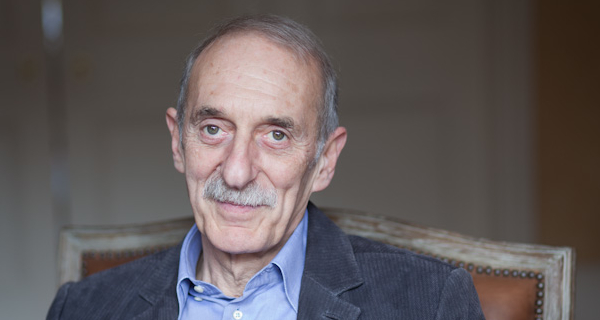 Since the onset of the reform era almost four decades ago, China has relied on heavy investment and credit expansion to achieve unparalleled economic growth as an emerging economy.

Now, as China settles in as a major economic power, pressure points are appearing that suggest it is time for the country to make its long-awaited transition to a new growth model.

Slowing demand, tariff threats and the emergence of large asset bubbles have left Beijing fighting fires on all fronts.

In his latest book, Red Flags: Why Xi’s China is in Jeopardy, veteran economist and commentator George Magnus examines the root of these structural weaknesses and argues how a failure to adequately reform could stunt China’s economic aspirations.

China Economic Review caught up with George to get his view on the current state of affairs in the Middle Kingdom.

CER: Red Flags centers around a ‘rebalancing’ in China’s economy. What do you mean by that?

GM: This is really about whether China’s growth model is sustainable, and what must be done to make it so.

The infamous anonymous article that appeared in the People’s Daily in May of 2016 carried the message: “We can’t go on like this,” referencing growing issues such as surging debt levels that cannot be maintained indefinitely. At the National People’s Congress of this year, we had clear signs of recognition by those in Beijing that economic policy has to switch to different objectives – not just narrow metrics but a more fundamental health.

In a way, this is stating the obvious. The investment-driven development model that brought China out of poverty cannot exist in perpetuity. You eventually stumble into misallocations of resources, capital inefficiencies and so on. This need to move away from reliance on investment to a consumption and services-based sector was the theme of the 13th Five-year Plan.

By ‘rebalancing,’ economists mean moving China to a development model more in line with its current status and that facilitates its aspirations as a leading global economy. It has to be smarter, rather than just accumulating capital and labor resources, i.e. the strategy of a poor country.

CER: Where are the warning signs in China’s current debt profile?

GM: First things first. When we talk about China facing some massive financial crisis, it’s imperative to stress that there is no reason to think that it will look like anything we’ve yet seen in the Western or emerging world before.

We’re talking about a very large country with a state-owned banking system, with the associated assumption that no major financial institutions will be allowed to fail. The way in which stability, or instability, manifests itself in China is likely to be different to how it did for the West.

Indicators like China’s debt-to-GDP ratio, or the speed with which it clocked up debt, are warning signs, certainly, but there are no clear fault lines at present.

Also, the bulk of the problem is still RMB-denominated, so the risk of China undergoing some kind of Thai, Korean or Indonesian-style crisis is relatively slim. Strict controls prevent any wholesale withdrawal of capital in the same way as the Asian Financial Crisis, or more recently in Turkey or Argentina, which should give some discipline to China’s domestic markets.

CER: Should markets be worried?

GM: That’s not to say that China’s debt pile is not a problem. I see the vulnerability in two places: firstly, how the debt is funded; and secondly, how the overhang will weigh on economic growth. As for the first one, this is something the authorities have had in their cross-hairs since late 2016. We have seen a clampdown on the more egregious forms of risk-taking and a reduction in the issuance of financial products such as WMPs (wealth management products) and treasury management products, which were used to fund large-scale projects.

It’s not clear to me that deleveraging has gone far enough, however. And throughout the course of 2018, as the consequences of deleveraging have become more evident, we have seen incremental retreats from stricter controls over leveraging and lending. The government seems keen to get their hands back on the wheel, so to speak.

And of course, how do you get rid of the debt? Bad debt is bad debt, it’s not going to magically disappear. You can evergreen it, use accounting regulations that don’t recognize it, but the impact of bad debt will be a significant cap over economic growth, as we’ve seen in the rest of the world for the past 10 years.

The bottom line: what is the government’s appetite for slower growth as it pursues a deleveraging policy? Most economists will say, it’s not a choice of whether or not the government will do it, but how long it will take and what the economic growing pains of that will be.

The danger is that it is dealt with in a disorderly fashion, in a much more abrupt way. Perhaps investment drops too significantly, or property prices begin to wilt, as per the hints popping up around the economy. Then we will have to pay close attention.

CER: China has been described as suffering from ‘policy incoherence’ – trying to meet too many objectives at once. What do you think the government’s economic priorities are right now?

GM: If you have a GDP target of near 6.5% and are trying to pursue serious deleveraging of the economy, then you will hit roadblocks. These two goals are fundamentally incompatible. If, on the other hand, the government was to say that it planned to phase out GDP targets over the next few years, for example, then this would be in line with the sentiments of the NPC and tell us a lot about macroeconomic intentions.

The problem is there isn’t clarity of what they’re trying to do over the next 5-10 years. This is somewhat disconcerting. While the rhetoric of reform and opening up is still quite loud, in practice I don’t see much evidence of China moving in that direction. If anything, the reaffirmation of role and primacy of the party in commerce and industry goes against the fabric of what’s being touted.

CER: What do you make of the recent wave of measures to shore up the financial sector and private business? Could we see more stimulus on the way?

GM: I think you can take Liu He at his word, that among him and other senior economic officials, there is a visceral distaste about repeating what happened in 2015. They don’t want that level of intervention again.

How far that feeling goes, I’m not entirely sure. It depends on just how effective their alternatives are. If the policy easing and expeditional controls which have been implemented this year result in a stable economy in two years, then I imagine a slower growth rate will be tolerated. I can’t foresee Beijing toying with credit expansion of the scale we saw three years ago.

This reiterates the same principle as before: how much growth are they willing to lose to form a healthy, sustainable economy. Does China have the nerve to take a hit, then get back up with a reform package to take the economy on a different path for next five years? We don’t know.

CER: How will US pressure compound the problems raised in the book?

GM: The impact on China so far is basically a rounding error. It’s already offset by the easing measures put in place for domestic reasons.

If the tariffs go up to 25% as the Americans intend, and extend them to all Chinese goods, then we’ll see a significant effect on China. The 2018 effect is around 0.25% of GDP, but this could widen to 1% or more by the end of 2019 – not an insignificant hit to growth.

The trade war is not a make or break issue for China in itself, but it’s an untimely affair. It certainly has the potential to amplify existing headaches, such as the weakness of the yuan and capital flows.

But most of all it risks diverting global supply chains. Foreign firms will be looking at their long-term relationship with China and how they do business there, compared with surrounding regional alternatives. The disputes with the US, after all, are likely to be a long-standing affair.

CER: What changes must China make to avoid falling into the middle-income trap?

GM: What economists focus on is total factor productivity (TFP) – the amount of a country’s output not caused by traditionally measured inputs of labor and capital. All economies tend to come to rely on TFP for economic growth as they mature, since there are limits on how much capital you can accumulate and how much the labor force can grow, particularly in an aging economy like China’s.

The result is you have to get smarter. You have to deploy labor and capital to get quality rather than quantity.

Most Western countries, and China since 2008, have succumbed to a period where TFP growth has slowed down. Crucially, the periods where TFP has been on fire in China coincide, not by chance, with the periods of greatest reform and opening up, i.e. the early 1980s, ‘90s and following entry to the World Trade Organization. Therefore, it is a concern that the future of reform has had this question-mark placed over it.

The key to getting TFP lively again is whether an economy has institutions that create the competitive and regulatory environment in which incentives are rewarded and private initiative is encouraged. If you took a snapshot of China in 2018 and asked whether it looked like a country trying to foster this – probably not.

George Magnus is an independent economist and commentator, and research associate at the China Centre, Oxford University.