Home Business Give it some gas 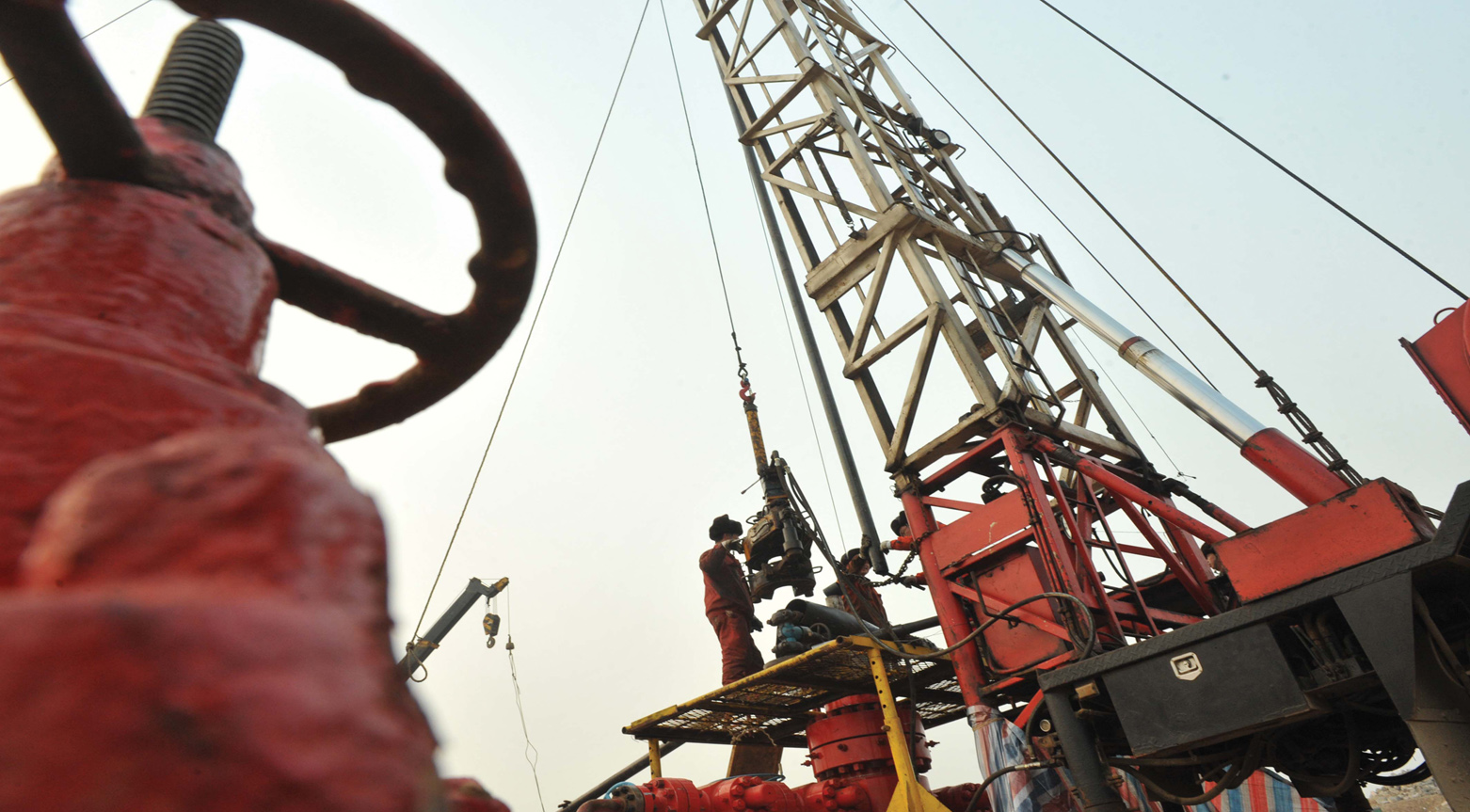 Give it some gas

Transporting natural gas by sea is not for the faint of heart. First, specialized processing plants turn the gas into a liquid that boils at negative 162 degrees Celsius but is 600 times denser, allowing for more to be transported. Then, tankers race – running at maximum speeds that are nearly twice the average of many of their oil-carrying brethren – to bring the gas hundreds of miles to market before much of it boils off. The process is all the more counterintuitive in China, where energy companies then frequently sell the gas at a loss.

Liquefied natural gas (LNG) provides an extreme example of how Chinese companies often subvert their own interests to operate within the bounds of a highly-regulated economy. Beijing requires its “Big Three” oil and gas companies – China National Offshore Oil Corporation (CNOOC), China National Petroleum Corporation (CNPC) and Sinopec – to meet the natural gas needs of industry and consumers, so they must ship in LNG to make up for shortfalls in domestic production and gas piped in from Central Asia.

At the same time, government price controls on natural gas mean that the more expensive LNG must be sold at a loss in many parts of China. With profitability hinging on slow-moving, systemic reforms, Chinese energy companies have little other choice in the near-term. For now, the more demand there is for foreign natural gas, the more companies stand to lose.

Natural gas is part of China’s strategy to meet its rapidly rising energy needs through cleaner means. China’s overall energy demand is expected to increase 27% by 2020 and roughly 60.7% by 2030, according to estimates from the US Energy Information Agency. At the same time, the government is trying to reduce its dependency on coal, which provides roughly 70% of China’s energy but is far worse for the environment than gas. China’s 12th Five-Year Plan lays out targets to double the amount of natural gas used in China to account for 8.6% of all energy by 2015.

China hopes to exploit its large reserves of unconventional gas to help to meet this rising demand by replicating the US natural gas revolution of the last decade. The US had long sat on known deposits of unconventional natural gas – gas trapped in shale rock or coal beds. But only in the 2000s did US companies hone extraction techniques to the point that the gas could be commercialized on a large scale.

China has its own vast deposits of unconventional natural gas but has yet to begin broadly extracting it. The country theoretically has up to 1,200 trillion cubic feet of unconventional gas “in place,” a huge amount considering 10 tcf is thought to be a large find, said John McGoldrick, CEO of Australian gas producer Dart Energy. But Chinese energy companies likely will not know how much gas is accessible and how fast it can be extracted until after 2020.

“The question is going to be how much of that in-place number is going to be recovered,” McGoldrick said. “That will be answered as we start drilling wells and we start seeing the results.”

In the meantime, imports will help to satisfy Chinese consumers. Demand for natural gas began to outstrip domestic supply in 2007, and by 2011 imports accounted for 23% of all gas consumed in China, according to IEA data. LNG makes up more than half of that imported gas, with the rest coming in via pipelines.

Beijing foresaw this need for imported gas. CNOOC made a government-brokered deal in 2002 to import Australian LNG at ultra-low prices and received its first LNG shipment in 2006, before the domestic shortfall arose.

Gas under that deal and a subsequent agreement with Indonesia sells at roughly US$3-4 per million British thermal units (mmBtu, a unit of energy which allow prices to be compared between energy sources) – cheap compared to other LNG sources. Australia offered China a “sweet deal,” likely since Canberra wanted the advantage of being the first to export LNG to China, said Simon Powell, head of Asia oil and gas research at CLSA. “It was just such a gimme price,” he said.

Subsequent deals with Australia and other suppliers were not as sweet. LNG contract prices rose to US$8-10 per mmBtu but could only be sold to local distributors for US$6-8 per mmBtu on average, said Anne-Sophie Corbeau, a senior gas expert at the International Energy Agency. (Though there are some exceptions in large urban areas like Shanghai, where prices are high enough to allow for a profit.)

The corporate losses resulting from selling under-priced LNG are difficult to measure. According to Powell of CLSA, CNOOC and Sinopec generally hold LNG assets in their unlisted parent company rather than risk impacting their stock prices by reporting losses on imported natural gas – a frequent practice among state-owned enterprises. But PetroChina, a listed subsidiary of CNPC, offers a glimpse into the scale of losses; it reported a RMB10.2 billion (US$1.6 billion) loss on its sales of US$82.72 billion of imported gas in the first quarter.

Despite these losses, Chinese companies continue to invest in facilities to import more LNG. The Big Three have already built import terminals that can process up to 29 billion cubic meters of gas, and they are constructing enough facilities to nearly double that capacity.

Investing in LNG is a way for China to hedge its bets on unconventional gas, a cheaper but so far more limited source of gas than LNG. Chinese energy watchers generally fall in two camps, Powell said: LNG import bulls who see the unconventional gas industry developing slowly, and LNG import bears who expect a US-style revolution to curtail China’s need for imports.

But most predictions on China’s unconventional gas, and its impact on LNG, are pure speculation. “You can always have nice surprises with the gas industry,” Corbeau of IEA said. “The US is probably going to become a net exporter of gas and nobody saw that coming a few years ago.” By investing in LNG import facilities, China can ensure it gets the natural gas it needs no matter how much it extracts from unconventional sources.

But Chinese energy companies are exercising some caution in LNG as well, Corbeau said. While the companies are building new capacity, they are not signing new long-term import deals. If imports are needed later on, they could sign a deal and the infrastructure would already be in place. If the companies don’t need LNG, they could still use the terminals as massive storage facilities for natural gas from other sources.

For companies to start making money on LNG, they first must persuade the government to liberalize price controls. “The pricing problem is the single most important issue in China, and the Chinese government is very much aware of that,” Corbeau said.

Guangdong and Guangxi provinces launched a pricing reform program last December in an effort to bring the retail price of gas closer to its true cost. The new system pegs the price of natural gas at a 10% discount to petroleum products. Prices should increase on an annual basis at first, and then adjust on a quarterly basis later on.

But in practice, the pilot program has made little difference. Guangxi and Guangdong already have some of the highest prices in the country, not tough territory for the Big Three to make profits. The government has declined to say whether the program will be expanded to other areas. In addition, price increases are subject to public hearings, giving local governments the ability to shoot down Beijing’s suggested increases.

Furthermore, regulators must strike a balance between opposing objectives within both levels of government when setting prices, Corbeau said. Beijing would like to liberalize prices, which would encourage gas development and help meet excess demand, but it also does not want to push up inflation by raising prices. Lower level
s of government, more directly exposed to public opinion, also may be hesitant to make locals pay more. But at the same time, local governments often own large stakes in an area’s gas distribution companies, whose profits can also be hurt by the price caps.

As in so many industries in China, these conflicting forces point to a gradual road to reform. CNOOC, CNPC and Sinopec are likely to continue importing LNG for several years and swallow the losses as needed. They are also likely to proceed cautiously when investing, hoping for price reforms and a boom in unconventional gas.

As the companies play wait and see, they can at least be grateful for one thing the government has given them: very deep pockets.