Home Business Going down together 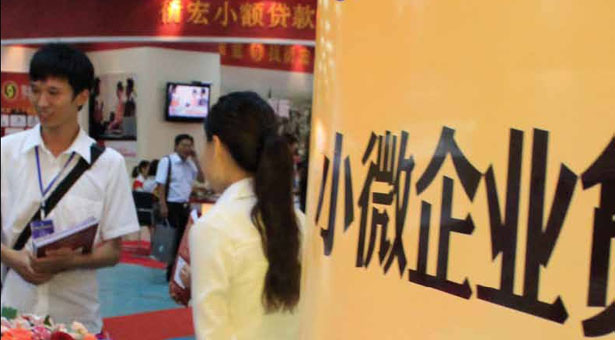 Small- and medium-sized enterprises (SMEs) in China’s manufacturing hubs will need more than good credit this autumn to get loans from small lending firms.

An employee at one of Shanghai’s registered small lenders, who spoke on condition of anonymity, said in light of a recent slowdown in export-oriented manufacturing and subsequent factory closures, lenders in the city are giving loans only to companies that are introduced by shareholders or old clients.

“Currently, we will not lend to SMEs who come to us directly no matter how good their credit is,” the employee said, adding that the company is tangled in litigation with several SMEs that have tried to skip out on repayment.

Insiders say that the tightening in credit has led to more shuttered factory doors, and bad loans are on the rise. Lending regulation has been light at best for the wave of small lenders that surfaced in the sector some four years earlier. Now both lenders and borrowers are going belly-up in some of the most highly affected regions, namely manufacturing centers in Zhejiang and Guangdong provinces, as well as in Shanghai.

When the global economic crisis slashed demand for Chinese exports in 2008 and 2009, the People’s Bank of China (PBoC) had already been engineering policy that would soon bring thousands of private lenders out of the shadows and into a legal framework. The move, one of many attempts to reform China’s credit-starved SME sector, was successful in boosting finance to a segment of the economy that employs up to 80% of the workforce. Yet oversight has fallen short in the industry, which had 5,267 small lenders with a loan balance of US$78 billion at the end of June, experts said.

“There’s a broad framework [for small lenders] that’s introduced on the national level, but when it comes to the local level then things become a little bit more tricky,” said Ed Wu, director of advising for micro and SME lending at Planet Finance. The non-profit organization consults banks and small lenders on micro-lending and works with PBoC on micro-lending policy. The central bank has created a legal platform for these firms, but financial affairs offices on the local level contribute what Wu called “only a very light touch” in the way of oversight.

Many of China’s small lenders are not finance experts, but rather individuals who have made money in sectors such as mining or real estate. Although many lend into industries with which they are familiar, attempts to expand beyond those areas can lead to poor assessments of the health of companies, Wu said.

SMEs and small lenders have also garnered a reputation for putting capital into highly speculative investments. A report from Citi Research said many SME owners have put high-interest loans into real estate, coal mines and even art. “One of the main problems is that the companies, and even the small lenders, are taking on a lot of risk, lots of it speculative,” said Zhang Hua, an economics professor at China Europe International Business School in Shanghai.

The extent of the problem is a topic of debate among economists, most of whom said the extent of company closures, although serious, was far from hitting the level seen in 2009. Systemic risk was also low because small lenders are not deposit-taking institutions but primarily lenders of private capital. The Citi report, however, said visibility was low in Zhejiang and “a recovery was likely to be much further out.”

Hu Zhaiming, the owner of a small lending firm in Wuxi, Jiangsu province, said hundreds of small businesses in the Zhejiang boomtown of Wenzhou shut their doors during the past few month as both external demand and access to credit dried up. Word is circulating in the industry that lenders in Wenzhou have racked up US$800 million in bad loans, he said.

Also alarming is the shuttering of small lenders in the city, known as the birthplace of private enterprise in China. Up to 70% of the small lending houses that financed SMEs in Wenzhou have gone under, Hu said, attributing the problem to the lack of oversight and regulation.

Qualified small lenders also need regulatory support to expand the scope of business. At present, small lenders cannot operate outside of the county in which they are registered and are also strictly limited in leveraging loans from banks or using funding from commercial paper. Wu said policy should allow efficient and sustainable lenders to expand in these contexts.

If China’s economic slowdown worsens, SMEs would be the first to feel the shock. Credit capacity at small lenders would play a crucial role in keeping companies afloat during another crisis. “We’re most concerned about the impact of a macro-economic downturn and the ability of [SMEs] to weather the storm,” Wu said.