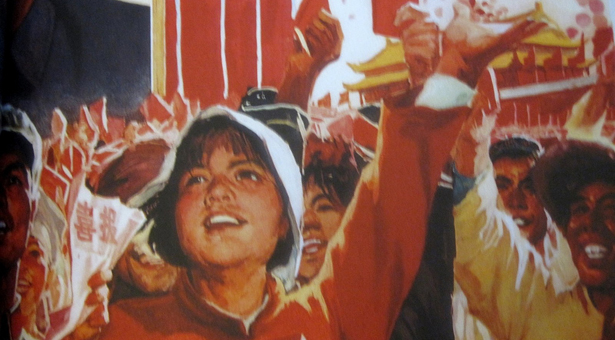 Early in 2012, Takashi Kawamura, the mayor of Japan’s third-largest city, Nagoya, surprised a delegation of visiting government officials from Nanjing, a sister city to Nagoya, by telling them he doubted that Japanese soldiers had massacred Chinese civilians during the second Sino-Japanese War (1931-1945), specifically during the several horrific weeks that began on December 13, 1937.

Kawamura is far from alone in reiterating Japan’s version of Holocaust denial. Tokyo’s governor for 13 years now, the notorious Shintaro Ishihara, regularly offers similar opinions. A cottage industry of so-called nationalists, including some at Japan’s most famous university, the University of Tokyo, work to delude the public on the subject.

Why does such a faction exist, that argues against a truth universally acknowledged (hat-tip to Jane Austen): that the Japanese military committed massive wartime atrocities, specifically in Nanjing?

One contributing factor is universal, one Japan-specific. The universal factor is perhaps best represented by Kawamura’s own family history. His father served in the Imperial Japanese Army and was stationed in Nanjing in 1945. Kawamura bases his denial of evidence in part on the assertion that his father was well-treated by the city’s residents years after the fact, something supposedly unlikely if the massacre had actually occurred. His claim is surely also based in part on the entirely human desire to believe that his father and others of that generation were not war criminals – that their country and its soldiers were “good.”

The Japan-specific contributing factor is called the Izokukai, or “War Bereaved Families Association,” which purports to honor Japanese soldiers who died in what they call the Greater East Asia War (1941-1945). This is a politically loaded term in Japan, roughly equivalent to the Nazi lebensraum. The Izokukai has enjoyed broad membership and funding. Naturally, the members are largely senior citizens, which means that they are relatively well off by global standards and able to contribute large sums to the Izokukai and other lobbying entities that salve their delusions.

Just up the Yangtze River from Nanjing, in China’s city-cum-province of Chongqing, Chinese Communist Party Secretary Bo Xilai was removed from his post a few weeks after Kawamura’s foot-in-mouth statement about Nanjing, not long after Bo’s police chief had tried to defect to the nearby US consulate in Chengdu.

Bo had championed what became known as the “Chongqing Model,” in part a revival of Cultural Revolution (1966-1976) iconography and Maoist doctrine, featuring enforced performances of “red songs” and similar hagiography.

We foreigners should empathize with today’s mainland Chinese, who are now facing: Another epochal socio-cultural upheaval, only the fifth in less than 200 years (#1: the 1839-1860 Opium Wars, #2: dissolution of the Qing Dynasty in 1911, #3: the civil wars that ended in 1949 with the victory of Mao’s Communists, #4: the Maoist terror of the 1950s and 1960s, #5: since 1980, deregulation and a shift to a market-oriented economy faster than any country in history save the former Soviet Union); a dramatic increase in the gap between those well off and those not (China’s GINI coefficient has climbed from about 30 in 1980 to the mid-40s now, roughly equivalent with that of the US); and an e-society in which ordinary Chinese can, for the first time in their history, exchange ideas extraordinarily widely and with relative freedom.

We consequently see what one should expect in such a society: confusion about the role of the state and the socio-cultural rights of the citizens. So despite the mainland Chinese being breathtakingly better off than they were some decades ago, the dystopian features of the transformation have encouraged many of them to harken back to an earlier age that proved disastrous at the time, but with the passing of a few generations has become for them “the good old days.”

Bo’s Red political campaigning in Chongqing played upon this sentiment, and like Kawamura, he brought a pedigree to the table. His father, Bo Yibo, served under Mao in the civil war of the 1930s and ’40s, and was one of the “Eight Immortals” of China’s leadership in the ’80s and ’90s.

A substantial portion of Party leaders fear the loss of power and prestige, perhaps the indictments and surely the destruction of their delusions, that follow the country’s steady transformation toward rule of law and a more market-oriented economy. They use their power to promote what they call a conservative view of China’s history, in line with the Chongqing Model. Their media servants in the mainland include the Global Times, whose commentators decry the “liberal” attacks on their “conservative” conception of history. We are fortunate that the mainland Chinese, with their increasing access to historical fact, are steadily realizing how silly these neo-Maoists are, and will, we may hope, increasingly dismiss them.

Give me that old-time religion

The US is now convulsing itself with its once-in-four-years presidential election. A network that calls itself the Tea Party looms large on the influence horizon. Research  by the Public Religion Research Institute in November 2011 revealed that self-described Tea Party members are significantly more likely than the general electorate in the US to deny two overwhelmingly established facts: Darwinian evolution by natural selection is the best theory we have to explain how life on our world came to be as it is, and anthropogenic global warming is a primary risk to our planetary health.

Tea Partiers’ delusions trace to the same sources as those of Japan’s denialists and China’s neo-Maoists: a fanciful conception of the past, a fear of the present and massive support from entities that prefer a counter-factual interpretation of both. Tea Partiers’ conception of the past includes a literal reading of Genesis, and they so fear the implication of global warming – that a solution requires a globally coordinated governmental effort – that they prefer the drug of denial.

Denialism of anthropogenic global warming began not long after scientists discovered the threatening trend. The pseudo-science behind this belief is exceptionally well funded, for an entirely rational though disgusting reason, framed outstandingly in a Rolling Stone article earlier this year: The fossil fuel reserves on energy company balance sheets are five times as much as we humans can safely consume, and if the companies can’t sell four-fifths of their reserves, they will lose an aggregate US$20 trillion of already claimed assets. No wonder then that the Koch brothers and others exposed to this asset loss contribute hundreds of millions of dollars to denialist politicians and pseudo-scientists.

In Japan, mainland China and the US, the rapidly increasing availability of historical and physical facts should make persistence in delusion steadily harder to maintain. Japan’s Izokukai will surely shrivel in the coming years, as its aging membership dies off, relatively few younger Japanese join and funding consequently declines. In mainland China, the (sometimes Party-enforced) popularity of “red songs” and delusions about Mao’s legacy generally will likely decline as the populace gains prosperity and wisdom about the country’s recent past.

Like Japan, the US is facing a daunting debt-to-income ratio and a political system incapable of dealing with the tectonic challenges. Like mainland China, the US faces a steadily increasing wealth gap. In the face of these challenges, it has suffered the rise of the Tea Party movement and the reactionary popularity of entities like the Fox media network – cultural responses we might have reluctantly forecast. We may reasonably assess the future of the US based on how effective
ly the country eventually overcomes the various delusions and their purveyors.

John D. Van Fleet is Assistant Dean and Executive Director of the Global Executive MBA in Shanghai, a collaboration between Shanghai Jiao Tong University and the University of Southern California. His book, ‘Tales of Old Tokyo,’ will be published by Earnshaw Books this year