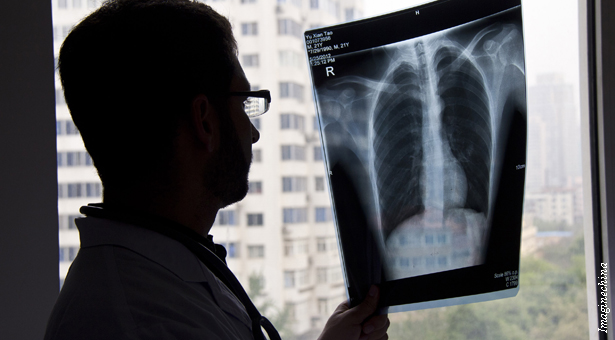 Chinese doctors have come a long way in the past half century. The barefoot, barely trained physicians of Mao-era China would hardly recognize the rapidly evolving image of a playboy with a stethoscope gallivanting on sex-fueled vacations.

According to reports, GSK has been bribing Chinese doctors to prescribe its products such as Botox and a number of antidepressants. The illicit funds, some US$450 million, were reportedly channeled through Chinese travel agencies, which offered the doctors vacation getaways with prostitutes.

But the case is calling into question far more than just the kickbacks and sex parties the London-listed firm allegedly treated Chinese doctors to. In fact, new details indicate the case could sweep up several international industry players as it progresses.

Documents acquired by The New York Times showed that global pharma firms including Roche Holding, Merck, Novartis and Sanofi were clients of Shanghai Linjiang International Travel Agency, a now-shuttered company that the Chinese government fingered in the GSK case.

Authorities have already questioned drug makers AstraZeneca and Belgium’s UCB. In early July, the National Development and Reform Commission (NDRC) said it would investigate the pricing of pharma products at 33 multinationals.

Foreign drug makers must be trembling at the thought of a much deeper dig into wrongdoings.

However, the question now is whether or not these investigations will bring about cheaper drug prices for Chinese consumers while also shedding some light on the environment that allowed GSK’s malpractice to thrive.

So far, the signs are promising. GSK’s president already traveled to Beijing to pledge lower drug prices. The government hasn’t simply unleashed one of its periodic attacks on Western firms, and state media is reporting at length on domestic malfeasance.

A probe into Chinese hospitals in the city of Zhangzhou in Fujian province found that more than 1,000 nurses and administrators in 73 different hospitals had taken bribes. About 90% of all doctors in the city. A separate investigation showed that 39 employees at one Guangdong hospital took kickbacks.

While lounging on the beach with bikini-clad call girls is inexcusable, Chinese doctors that take bribes may simply be using the cash to pay the rent. The starting wage for a doctor is about US$490 a month, or about as much as a taxi driver.

The incredible amount of money paid out on drugs is one major factor in keeping doctors and medical staff poor. Most Western countries spend between 10 to 12% of their annual health care budgets on drugs; China forks out more than 40%.

China has been struggling with an arduous reform of its medical system for years. Cutting back on the price it pays for drugs is a good place to start.

The results from the NDRC pricing probe will not be available until the end of the year. But if that ministry-level body is as successful as it has been in getting multinationals in other sectors to cut product prices this year, it could free up scarce funds to reinvest in medical talent.

Some doctors may enjoy free trips to Bermuda with hookers in tow, but health care costs for average Chinese are rising and quality medical care is slipping out of their reach.