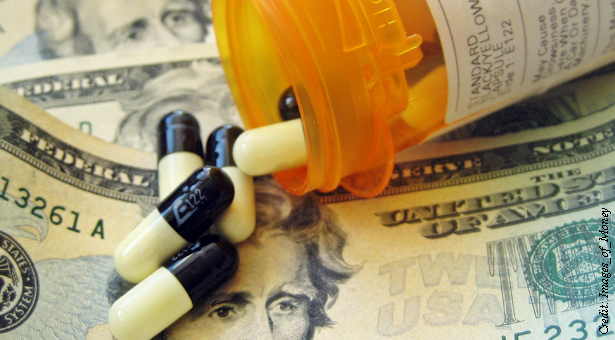 The National Development and Reform Commission is pestering and probing 60 foreign drug makers regarding the prices at which they sell their wares in China. Scrutiny of the foreign drug sector in China made headlines in June when accusations of corporate corruption hit UK pharma firm GlaxoSmithKline (GSK.NYSE, GSK.LON). For investors in Hong Kong, the question is, will Chinese drug makers come out on top? “This is what everyone is asking these days,” Jason Siu, a health care analyst at RHB OSK Securities in Hong Kong, said on Wednesday. But, like the probe into price fixing among foreign baby formula makers in May, the drug investigation will only lower the cost of foreign pharmaceuticals, boosting their competitive edge in the country. “The government [probe] is really asking the big international company to self sacrifice on [the price of products],” Siu said. Sheepishly, GSK has already said it would bring down prices. Of course, this isn’t good news for big China drug companies such as Guangzhou Pharmaceutical (0874.HKG) or Shanghai Pharmaceuticals Holding (2607.HKG, 601607.SHA), which will have a more difficult time competing with cheaper foreign drugs. That will likely be a tough pill for Chinese pharma firms, and their investors, to swallow.

Development of Hengqin Island, Macau’s gambling-free younger brother, will reach a turning point when Chimelong International Ocean Resort, the first major property on the island, opens later this year. The island will essentially serve as an overflow area for Macau, which lacks enough hotel rooms, and many more property projects are likely to follow after Chimelong. Stanley Ho, the Macau casino magnate, will be getting in on a piece of the action: His firm Shun Tak Holdings (0242.HKG) won a bid for a US$118 million property where it will develop offices, serviced apartments, hotel rooms and commercial spaces. “This highlights that for Shun Tak they’re getting more proactive,” said Karen Kwan, a Hong Kong-based analyst at Kim Eng, which does not have a rating on Shun Tak. “And secondly, strategically this acquisition makes a lot of sense because it’s very close to Macau, quite close to the border and also Hengqin Island is getting a lot of support from the Zhuhai government and also the central government.” The stock has had an attractively low valuation after Shun Tak bought into upstart airline JetStar, a new line of business that’s met with investor skepticism. With the Hengqin purchase, Shun Tak looks like a good gamble.

The overseas expansion of Chinese financial institutions has largely been restricted to the banking sector, with large state-owned lenders following Chinese customers into far away markets. Now, a major domestic brokerage has broken out. On Wednesday, Beijing-based Citic Securities (6030.HKG, 600030.SHA) announced that it had finally completed the acquisition of the remaining shares that it did not already own of CLSA Asia-Pacific Markets from Credit Agricole (ACA.EPA) in a deal that will total US$1.25 billion. This marks the first international purchase of a brokerage by a Chinese securities firm, and a big name at that. However, that’s not enough for investors, who are not impressed by the all-cash nature of the deal and feel that Citic Securities probably overpaid. One analyst, who declined to be named because he is not authorized to comment to the media, said CLSA is not very profitable and won’t add to the buyer’s bottom line in the short-term. Instead, this deal should be seen as a longer strategic action through which Citic Securities will be able to tap into CLSA’s large global investor network and bring capital to China, the analyst noted. That will take some time to play out, with the analyst saying that for now it is “wait and see” on the stock.

While Hong Kong remains relatively quiet over the next few weeks, the US will see its first China IPO in quite some time. China Commercial Credit (tentatively CCCR.NASDAQ) is slated to list next Thursday on Nasdaq’s small cap board in an offer raising US$20.8 million. Unfortunately, the company’s business is microcredit – lending to small and medium enterprises (SMEs) and farmers. While that is a noble and necessary goal, collecting from small borrowers often presents more difficulties and lower returns than other forms of lending. By all means celebrate Chinese IPOs in the US market, but perhaps sit out of the launch of China Commercial Credit.