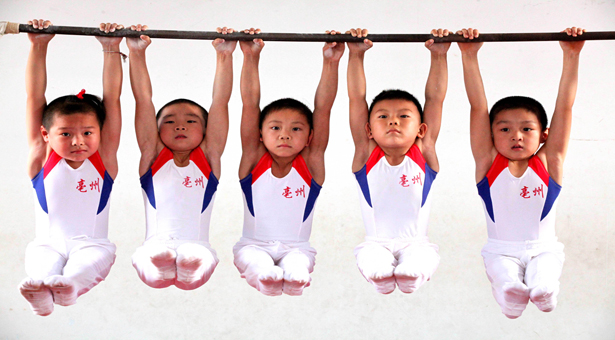 Chinese swimmer Ye Shiwen’s victory in the 400-meter individual medley with a record-shattering time of 4:28.43 set tongues wagging regarding performance-enhancing drugs. Although Ye’s drug tests came back negative, critics were not convinced. World Swimming Coaches Association executive director John Leonard described the 16-year old’s swim (the last 50 meters of which she swam faster than US gold medalist Ryan Lochte did in the men’s event) as “impossible” and “unbelievable.”

The outrage that ensued in China took on Olympic proportions. Posts and comments on Sina Weibo accused critics of China bashing. People’s Daily, the official mouthpiece of the Chinese Communist Party, called the allegations a “provocation” stemming from Westerners’ growing resentment of a rising China. Kai-Fu Lee, former president of Google China, went so far as to post Leonard’s phone number and home address on his Weibo account with a message urging his followers to persuade Leonard to apologize (Lee later removed the posting).

The claims were an unhappy reminder of a similar incident in the months leading up to the 2008 Beijing Olympics, when Chinese commentators attributed the US and European denouncement of China’s human-rights record to “Western arrogance toward a developing country that is going to host the games.” These assertions hinted at a growing source of insecurity: The criticisms China faces as its global standing rises.

China’s Olympic success has not come easily. The People’s Republic participation in the games got off to an inauspicious start after Mao Zedong first sent a delegation of 40 athletes to the 1952 Summer Games in Finland and 39 arrived too late to compete. Then, China boycotted the Games for nearly three decades to protest Taiwan’s participation. After finally returning to the Olympic scene in 1980, China gave one dismal performance after another, before finally breaking out at the 2008 Beijing Games, followed by an even more convincing performance in London this year.

The London games saw China excelling in events that are not its traditional forte, such as swimming. Ye and her team scooped up five gold medals, up from one in 2008. Though the games culminated in China relinquishing its top spot at the medals table to the US, which raked in 46 gold medals to China’s 38, China exceeded its previous gold medal tally at any games held outside of the country.

But despite this strong showing, the doping allegations against Ye and ensuing questions regarding China’s less-than positive global image dredged up nasty memories. The sour, nationalist reaction within China may have been linked with the fair dose of humiliation China suffered the hands of the West; the Opium War of the 1830s and subsequent Western colonialism left the country deeply wary of further humiliation by foreigners. China’s love of face may also have been a factor. The accusations cast the country in a negative light, which endlessly cheery Chinese media was not prepared for.

However, China’s global role has changed dramatically since its century of humiliation, and even in the eight years since the games in Athens. Those at the top garner all the fame, but they also have to expect the criticism; this is as true for countries as it is for top athletes. If China wants to be a global heavyweight, it will have to get used to Olympic-sized effronteries.