Home Business Holding up half the sky or hitting a glass ceiling? Women in the Chinese workplace 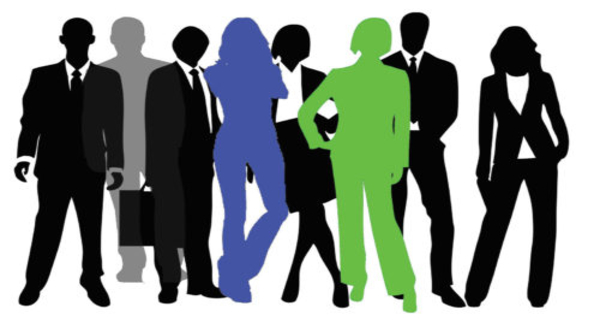 Holding up half the sky or hitting a glass ceiling? Women in the Chinese workplace

These types of discriminatory requirements in job adverts are rife among Chinese firms, a new report released last week by the Human Rights Watch found. By analysing over 36,000 jobs from employers including Alibaba, Tencent, and the civil service, the report illustrates how ubiquitous sexist hiring practices are in China and concludes that “these job ads reflect the traditional and deeply discriminatory views that women are less physically, intellectually, and psychologically capable than men.”

The report kick-started a national debate, especially among those who consider China to be one of the more progressive countries for women in the workplace. Since Mao in 1968 proclaimed that “Women Hold Up Half the Sky”, women have become crucial parts of China’s labour force and played a key role in the country’s rapid economic growth.

So what is the deal for women in the workplace in China – holding up half the sky or hitting a glass ceiling?

Current status of women in the workplace in China

At first glance, China seems to perform well on economic measures of gender equality, often outperforming other, more developed countries. For example, the female labour force participation rate (as a ratio of the number of females to males) in 2017 was 0.81, versus the global average of 0.67 (World Bank Data, 2018). When measured as the amount of employed women in proportion to the total female population, China also comes out relatively high, with 61.5% employed, versus the world average of 48.7% (World Bank Data, 2018). In addition, China is often hailed as one of the best places in the world to be a female entrepreneur. For example, the World Economic Forum in 2017 found that of 88 self-made female billionaires in the world, 56 were Chinese. The high educational attainment rates are often suggested as a driving force behind these successes: in 2016, 53.3% of those enrolled in tertiary education were female, rising sharply from 17.9% in 2005 (World Bank Data, 2018).

However, although the education rates have been increasing, most of the other economic indicators have actually been slipping over the years. For example, the labour force participation ratio has dropped from 0.86 since 1990, and the proportion of the total female population employed dropped by nearly 12 percentage points since 1990 (down from 73.2%) (World Bank Data, 2018).

In addition, other measures do not paint as positive a picture of China. Firstly, a significant gender pay gap exists. The 2017 World Economic Forum Global Gender Gap Report found that women on average earn 35% less than men for doing similar work, coming in at 99th place out of the 144 countries measured. Secondly, despite the high rates of labour force participation, there are few women in business leadership positions: in 2017, women made up just 16.8% of all legislators, senior officials and managers (World Economic Forum, 2017), and represented 8.5% of boards (Asian Development Bank, 2016). Finally, political representation and leadership is another aspect where China performs poorly: no woman has ever been among the nine members of the Politburo Standing Committee of the Communist Party (China’s top level of decision making), and the 2017 Global Gender Gap Report showed that only 12% of ministerial positions were held by women.

The main barrier to gender parity in the workplace

It appears that China is still somewhat removed from achieving true gender parity in the workplace. So what barriers exist to achieving this?

The existence and influence of traditional gender roles, biases and values plays a large role, according to Samantha Kwok, Founder of JingJobs and Co-President of the Beijing Women’s Network: “There are a lot of cultural pressures on Chinese women and their careers. Traditional gender roles, based on concepts such as男外女内 (loosely translated as “the public domain is for men, the domestic domain is for women”), mean that employers may consider women unsuitable for certain roles, making progression to leadership roles even harder. The women themselves feel pressured to be a good wife or good mother, which usually also means sacrifices in the workplace”. In response to the recent Human Rights Watch report, she added: “Employers may fear that a woman cannot commit 100% to the firm, as they assume she is pre-occupied with family care, and thus prefer male candidates.”

Extensive research supports the idea that cultural norms provide the biggest barrier for women in the workplace, such as a 2017 survey by Zhilian Zhaopin (a major Chinese online recruiting site). Over 60% of participants feared that having children would significantly impact their career development and 22% said they had already experienced discrimination on this basis. In addition, surveys done by 51job.com (a job search website) confirm that companies take childbearing status into account, as 75% said that they are more hesitant to hire female employees since the one-child policy was lifted. No impact was found on hiring male candidates, confirming that the expectation is that women are the only party to bear responsibility for reproduction.

These restrictive gender roles also explain the aforementioned statistics: as women bear the responsibility for the majority of the unpaid care work (such as looking after the elderly, the children, and the household), this limits their earning power and participation in the paid labour force. In addition, for those who can get their foot on the corporate ladder, the expectations of their role in the household provide a huge barrier to climbing up or to being selected for roles that are considered more suitable for men. In short, although the economic realities for women in China have changed over the past decades, the cultural expectations of Chinese society for women have remained the same.

Will we break through these cultural barriers?

These ingrained cultural stereotypes will be difficult to eradicate, and certain developments indicate this is not the direction China is going in. For instance, in response to the ageing population (and therefore shrinking labour force) and the excess number of bachelors, there is a central push for women to get married and have more children, as indicated by the lift of the one-child policy and new propaganda campaigns (such as this or this). As a result of having more children, domestic pressures on women would increase, as would the perceived cost to an employer of hiring a woman.

In general, we have seen a revival of Confucian values under the leadership of Xi Jinping as a part of his goal to “develop traditional Chinese heritage”. Under the Confucian hierarchical structure, women occupy the lowest social status, and insights relating to women in the Analects include: “A woman’s greatest duty is to produce a son” and “The woman with no talent is the one who has merit”. It is clear that a resurgence of these values will not help the position of women in the workplace.

However, the structure of Chinese society is slowly changing. Despite the push to fulfill their familial duties, women are marrying and having children later, allowing for more time to participate in the labour force and get their foot in the door. In just two decades, the number of married women between the ages of 25 and 29 has dropped from 95 percent to 77 percent (UN World Marriage Data, 2012), and is predicted to keep going down.

In addition, although the government seems to be pushing traditional gender roles, the 13th Five-Year Plan does pledge to “work to eliminate discrimination and bias against women” and “ensure that women enjoy equal rights and opportunities with respect to education, employment, marital property, and participation in social affairs”. In fact, in 2015, President Xi Jinping chaired a UN Women’s Conference during his state visit to the US, and spoke openly about gender equality and female empowerment. The extent to which these pledges will be implemented and complied with remains to be seen, but having these topics as part of the public discourse and at least mentioned by the political agenda is an important first step.

Changing cultural stereotypes to achieve true gender parity in the workplace will be challenging.  The change in cultural values needs to be accompanied by changes in the legal framework, in order to provide more comprehensive protection against discrimination in the workplace and ensure the existing anti-discrimination laws are actually complied with. In turn, a more supportive and proactive legal environment would also further catalyse the change in cultural expectations.

It is clear that there is still some way to go before women in China can break through the glass ceiling and fully enjoy the benefits that come with being responsible for holding up half the sky.

Stephanie is a Schwarzman Scholar at Tsinghua University, and the former President of the Beijing Women’s Network.