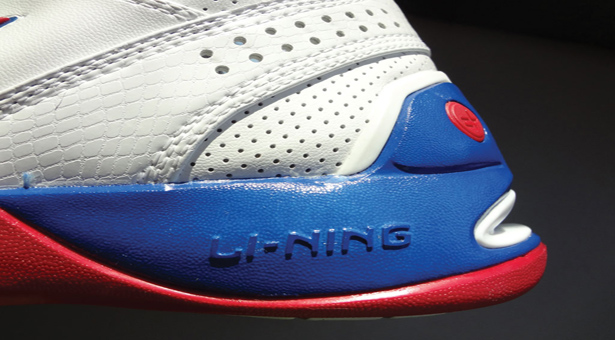 Good coaches swap out players when the team falls behind. On July 5, Chinese sports apparel brand Li Ning did just that, as Zhang Zhiyong stepped down after serving as the firm’s CEO for over two decades. Li Ning, the founder and chairman of the eponymous company, will temporarily assume Zhang’s responsibilities, along with a relative newcomer to the board, Kim Jin Goon.

Li Ning’s Hong Kong-listed share price jumped 11% on the announcement. For investors, the shakeup is a rare bright spot for a company that has suffered a stream of bad news for over a year, said Steve Chow, a consumer analyst at Kingsway Group Research.

Sales fell last year for the first time since the company began publishing financials in 2001. In early June Li Ning warned of a “substantial decline” in profits for this year as well.

A new game plan was announced with the turnover. Li Ning will pursue a “transformation blueprint” that includes slimming costs, strengthening margins and making the company’s production and development process faster. All told, Li and Kim hope to return the company to strong growth within three years.

It is a decent strategy, but the Li Ning still faces an uphill battle. “It’s just a very difficult industry,” Chow said. For starters, Chinese sportswear makers – including Li Ning and smaller rivals such as Anta and 361 Degrees – are overweight on inventory. That has pushed down prices and cut into margins already squeezed by higher labor costs.

More alarmingly for Li Ning, the overriding trend is that Adidas and Nike are advancing into China and capturing ground from local brands. In the past, the two foreign companies were held back by a lack of stores outside first-tier cities and high price points, Chow said. Now, however, their coverage extends well into lower-tier cities, and  China’s increasingly affluent consumers are trading up from domestic to international brands.

The result is that even as Li Ning’s revenues slumped last year, Nike and Adidas’ takings grew by 21% and 13%, respectively. Moreover, the two retail giants may still have a lot of room to grow before they reach a “normal” market share in China. In many countries Nike and Adidas dominate local players. China is the only market in the world with five domestic sportswear brands in the top 10 apparel brands, noted analysts at JP Morgan.

Li Ning might yet have a fighting chance if it can execute the many details of its strategy, from smarter procurement to better pricing. But unlike sports, there is no home field advantage in sportswear. To fend off Nike and Adidas, Li Ning will need to step up its game.